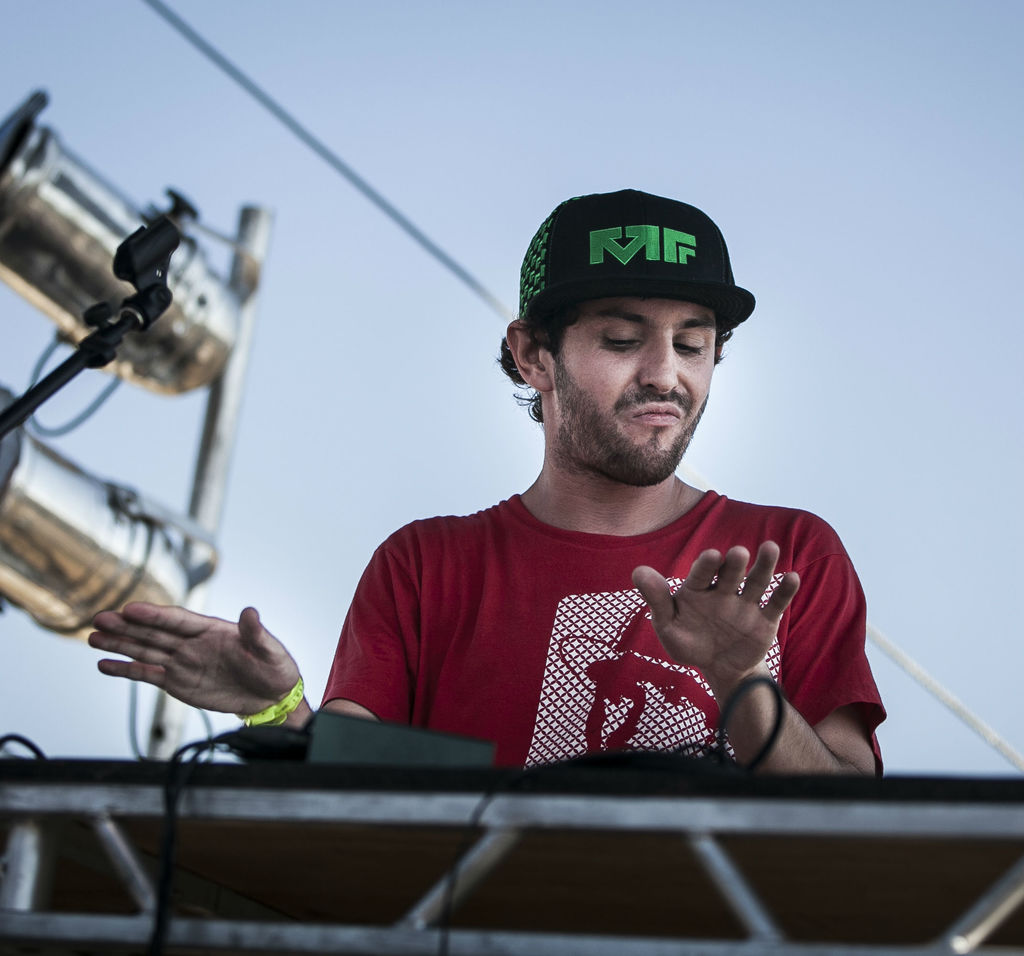 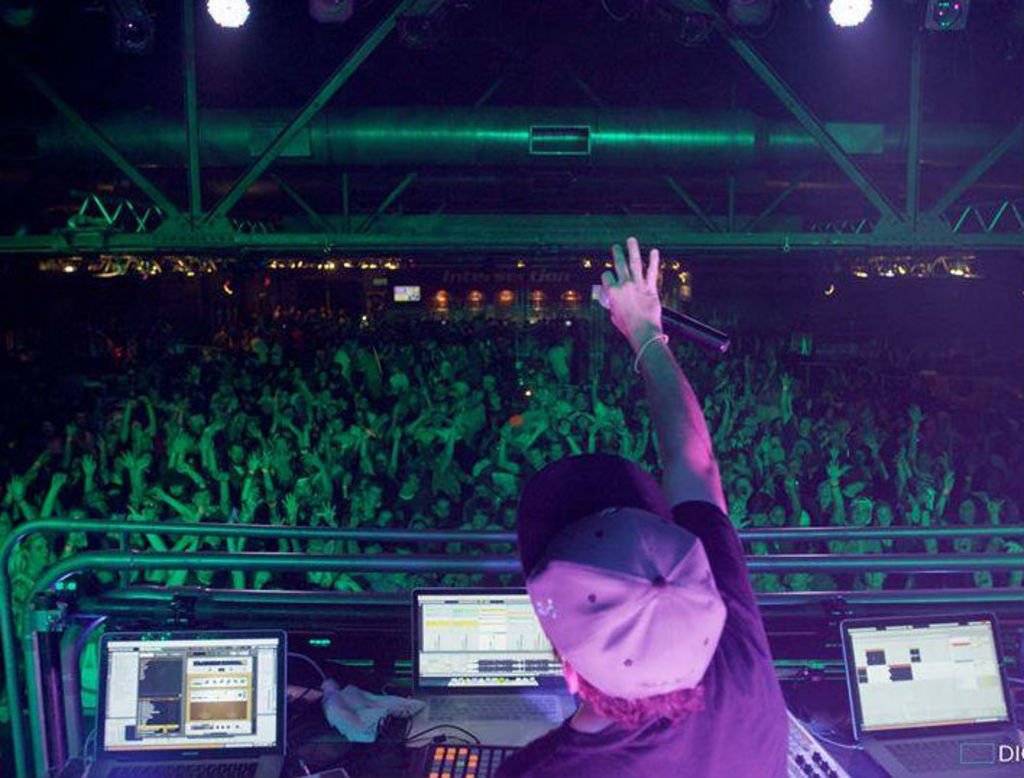 I first heard Chicago-based electronic producer Manic Focus–aka John ‘JMac’ McCarten–a little over two years ago. I had randomly downloaded a track from his first album “Zeleke’s Magic Bass” and from the moment that spectacularly funky jam coursed through my ears, I was instantly hooked. With so many up-and-coming producers in the EDM scene, it’s often difficult to stand out; yet Manic Focus has continually soared away from the stereotypes to create something fresh and funky for the the soul.

You might’ve caught him opening for Big Gigantic at Red Rocks for Rowdytown II in September and I’ll bet he gained a few (or a ton) of new Colorado fans with his eclectic fusion of funk, dubstep and an effortlessly laid-back style. Don’t worry if you missed him there, Manic Focus will play the Bluebird Theater Friday December 13th with fellow funky electro-duo the Floozies. Rather than throwing down room-shaking electronic anthems, Manic Focus continues to stay true to his understated arrangements of hip-hop, heavy bass and subtle synth layouts.

Earlier this year, Manic Focus released his third album, Distant Perspective, as well as a bunch of sick remixes (including a super soulful Bill Withers arrangement) all for free download on Soundcloud. I caught up with the busy producer while on tour playing heaps of different shows with the likes of GRiZ, Supervision, Pretty Lights, Gramatik, Exmag, Minnesota and more. Ch-ch-check it out!

303 Magazine: I know you were a classically trained pianist from a young age, so how did you get your start in the EDM industry?

Manic Focus: I was first drawn to electronic music when I was 13. Moby’s “Play” album inspired me to make electronic music. In high school, I started listening to hip-hop and began producing rap beats for my friends and me to rap on. I made hip-hop music for several years until 2010 when I was introduced to the festival scene. Electronic hip-hop/soul music was something I had never experienced before, and the first couple festivals I attended were life-changing to say the least.

After my first year of attending festivals, I upgraded my studio and started cranking out Manic Focus tunes.

303: You opened for Big Gigantic earlier this year at Red Rocks, what was it like playing for the first time in that legendary venue?

MF: It was a very surreal experience to play at Red Rocks. Its definitely a magical place. The sound, the production, and the energy of a Red Rocks crowd is unmatched. I’m very grateful to Big Gigantic and ThisSongIsSick for giving me the opportunity to play with them at such a beautiful venue.

303: You’re playing the Bluebird with the Floozies, what can show-goers expect from your set?

MF: I’m actually playing two nights with the Floozies in Colorado. I’ll be playing at the Fox Theater the next day, and show-goers will be in for a treat. I’m going to be playing two different sets, with a good chunk of unreleased material in each.

303: That’s exciting! Who are some of your main musical influences today?

I’m very inspired by a lot of the friends I’ve made in this scene. Big Gigantic, GRiZ, Gramatik, Exmag, Herobust, Minnesota, Paper Diamond, Michal Menert, Pretty Lights, The Floozies……too many to count honestly. All of my current inspirations are artists I believe are pushing the boundaries of not just electronic music, but in music as a whole.

MF: Michal Menert and I have been working on a side project that I’m really excited about. I’m also working on a release for Liberated Music (GRiZ’s label).

303: You’ve done some pretty sick remixes, for instance, your takes on “Mad World” and the Trampled by Turtles “Wait so Long” are amazing, how do you decide which tracks to remix and how much of the original to change?

MF: Glad you dig the remixes! I love remixing tracks that my friends and family suggest. I usually never know what direction I’ll take the remix. I may have a vague idea of what I’d like to do to a track, but I usually just dive in and start creating whatever comes to mind. There isn’t really a formula to it.

303: Like many other notables like Pretty Lights, GRiZ, Gramatik, etc., you give your music away for free, why?

Giving away your music is the fastest and best way to build a strong fan base.

303: I recently interviewed the awesome dudes GRiZ and Gramatik before their Denver Halloween show and I know you’ve played with each of them; did they give you any good pieces of advice about your music or the industry in general?

MF: I love those guys! I’ve definitely learned a lot about tour life by being on the road with them. I’ve learned a couple production tips as well. They are very inspiring people; some of the coolest people I know.

303: The Manic Focus logo, album covers, etc. are all flooded in the color green, any significance to this?

MF: Green was always my favorite color. I don’t know why I’m drawn to it, but I am. There isn’t much more to it than that haha.

303: Fair enough. You released a full-length Distant Perspective and earlier this year are you already started on the next album? I’ve heard you’re quite the studio slave and perfectionist, so when can we expect that?

MF: I’m always working on new music. While my team will try to put deadlines on me to finish stuff, I mostly work at my own pace. I wouldn’t call myself a perfectionist, but I definitely have a personal standard that my music needs to be at in order for me to release it.

The music is done when it’s done.

MF: This whole year has been a hell of a ride! While there are some memories from this year than stand out, the experience as a whole has been incredible.

Be sure to catch this sick producer at The Bluebird on December 13th or the Fox on December 14th. Tickets are $12 ahead and $14 day of the show. Grab em here. Until then, here’s some Manic Focus… get yo funk on.