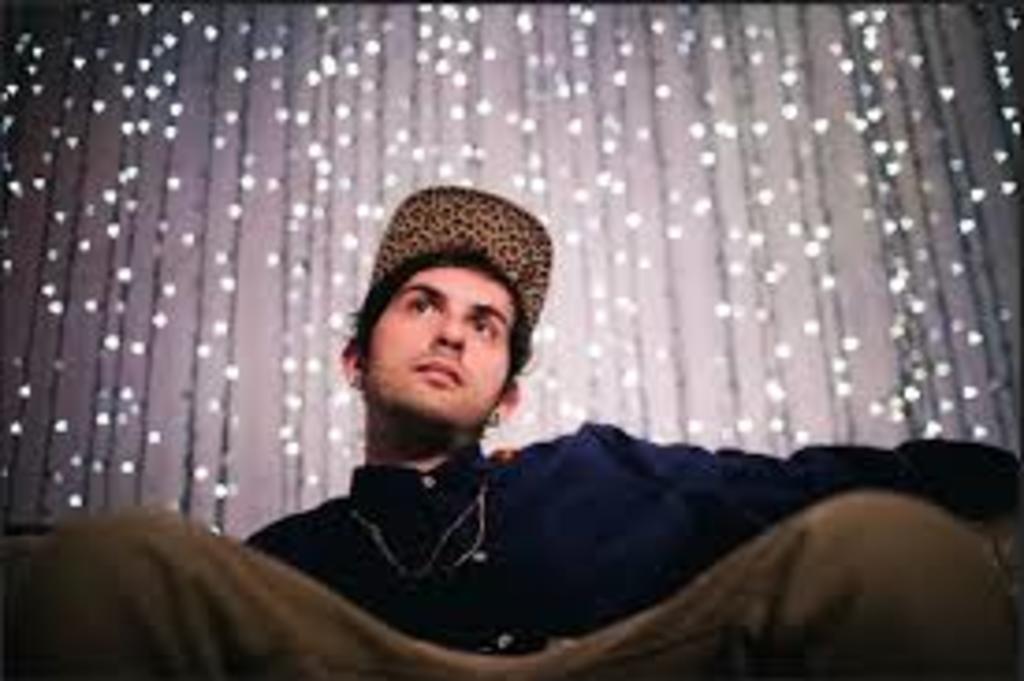 Brain Pickin’: Wild’n Out With Borgore 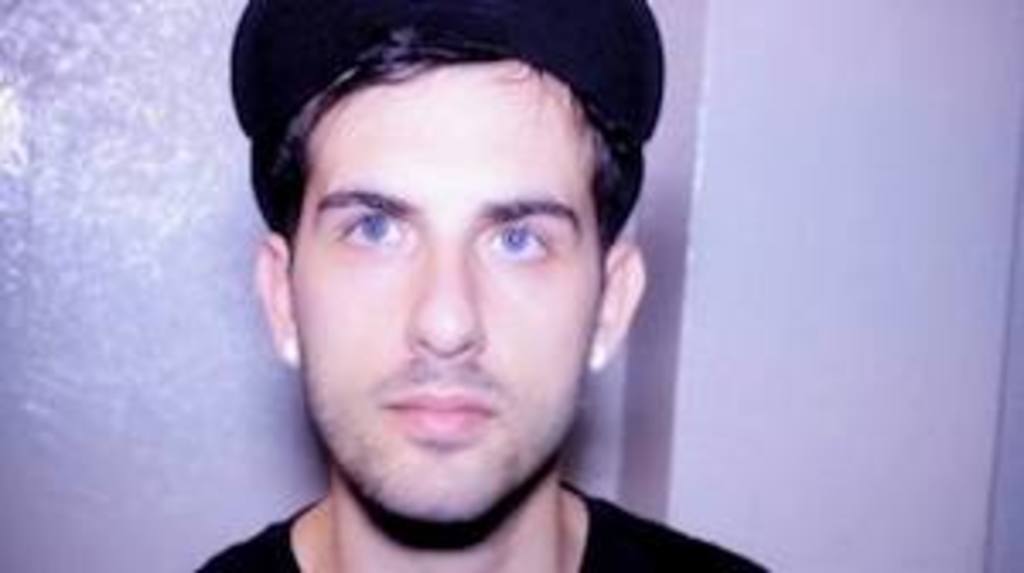 The past few years have been an absolute whirlwind for 26 year old producer and DJ Asaf Borgor. His small beginnings in the Israeli death metal band Shabira snowballed into a cross continental move to London then LA and served as inspiration for his current sound as horrorstep kingpin Borgore. Once his DJ persona took off, a new genre “gorestep” was born as well as his independently owned record label “Buygore” which has brought artists like Rusko, At Dawn We Rage, and Document One into the earbuds of EDM fans the world over.

In between putting his genre on the map and touring with Steve Aoki and Waka Flocka Flame on a huge national tour this fall, Borgore somehow found the time to release his new EP “Wild Out” which is out today on Dim Mak Records. Even more amazingly, Borgor found some time to chat with 303 Magazine about the craziness of tour life with Steve and Waka, his new EP, and his affinity for collaborating with some of the biggest names in music. But don’t just take Borgore’s word for it, you can check out the Gorestep circus for yourself tonight at The Ogden Theater!

303 Magazine: Tell me about the Wild Out EP and what influences contributed to the project?

How did the collaboration begin? Did you meet somewhere?

I remixed Waka 2 years ago and I told him I would love to work with vocals from him. He sent me something and I made the song a year and a half ago. I was really scared to put the song out because I was scared it wasn’t up to par as far as the hip-hop beats from trap producers out there go. I played it to him in Spain a year and a half ago and he loved it. He gave me a boost to finish off the track.

How does the Wild Out EP differ from Legend EP and your previous projects?

The “Wild Out” song is like trap into house. There are not many other songs like this; no one has done it. Then there is “Wayak” with Dudu Tassa. We are both Israeli and we are singing one of the most legendary Arab songs from the ‘40s. It is dubstep, so it is completely different from “Wild Out.” Honestly, I think it is my favorite dubstep song that I have written. And then there is the song with Victor Niglio, “Booty Monsta.” It’s super heavy, and nothing sounds like it, electro-house trap. I think it is a very eclectic EP. I am very proud of it.

Right now, there are a lot of songs in the electro house world that kind of sound the same, but nothing sounds like “Booty Monsta.” I think the whole concept of the song is very Borgore-ish in its nature, and I don’t think no one is going very far with the vocals in the house world. Everyone is trying to stay safe and generic and talk about love and stuff like that. Having some Borgore personality in the house world is funny.

Do you see more electronic artist doing collaborations with hip-hop artists like Waka?

I think so. It has kind of taken over. I think a lot of people would like to be part of it. What I tried to do with Waka is not change his nature. The part of him in the song is very 808 sounding. I would love to see more rappers over electronic music as long as no one is going to try and sound like an EDM singer all of a sudden. It is a beautiful mix, but everyone needs to keep their sound.

You don’t want electronic music to change other people’s sound, but do you think working with some of these hip-hop artists has influenced your sound at all?

I think the whole genre called trap is based on a real genre called trap in hip-hop. Producers like 808 Mafia (Lex Luger and Southside) and even Mike Will, all these guys used to do trap and them EDM adopted the 808 thing with house stuff on top of it. Now we call it trap. Yes 100%. You hear it in my early work, songs like “Nympho.” I did all these trap sections in the intro.

How do you stay current on other genres outside of electronic music, particularly hip-hop?

I never really listen to electronic music. I need to expand my horizons and bring more to the electronic scene. Otherwise I’m going to do what other people are doing. I am always listening to the hip-hop stations on Sirius. I am always on blogs and stuff looking outside of EDM.

You also collaborated with Miley Cyrus on “Decisions.” Do you see yourself collaborating with any other pop artists in the future?

100% I would love to. I honestly want to collaborate with everyone from all types of genres. I had metal bands, I had pop artists, I had hip-hop artists, I had Middle Eastern Israeli type of singing. I’m ADD in nature and it keeps me on my toes to keep doing different stuff, not always the same shit.

You are one of the few electronic producers that does his own vocals. Do you consider yourself a singer? Can we expect more vocals from you? Do you write all of your own lyrics?

I write all my lyrics. A lot of the time I write the lyrics for the people that work with me as well like Miley Cyrus. That is an example. When my sister was singing on a couple of songs I wrote some lyrics there. I love writing lyrics. I love singing. I don’t think I am a good singer but I have my own texture I guess.

The Aokify America Tour is a very interesting lineup Steve Aoki, Waka Flocka Flame, and Borgore. What has been the reaction from the crowd in terms of your performances? How do they react different to you, Steve, and Waka?

There are a lot of house DJs and a lot of rappers. But what is unique with Steve, Waka, and myself is that our lineup is very party-oriented. It’s just a crazy party from beginning to end. It’s like the gnarliest party I have ever been to. There are always people on the stage, always things going into the crowd. The whole environment is like a crazy party you see in the movies. It’s like a college party.

Steve and Waka are just genuinely really nice people and I love hanging out with them. I party hard with Waka and I work out with Steve. Honestly, I think it is one of the best tours I have ever been on. I am really getting along with everyone. I genuinely think that if I were still an 18-year-old kid, thinking about going to party like this would be mind blowing.

How’s the bus/tour life treating you?

Our bus is pretty turnt up. I’ll just leave it like that. There were a couple of times where my tour manager went to the bus and just shook his head like, “What are we doing? How are we going to fix this?”

What song has had the biggest crowd reactions form your sets and the other artists on the tour?

I drum with Waka on one of his songs, “Hard in Da Paint.” For me, it’s one of the most exciting parts of his set. For my set, I think that “Wild Out” is one of the songs that everyone goes absolutely mental over. In Steve’s set, it’s pretty turnt up the whole time. I go on during Steve’s set during a song we have been testing on this tour. When I go on for this song, it is really insane, too. I think the whole crowd from the beginning to end of these shows loves it. We had good openers as well and the crowd goes crazy for them.

You can witness the spectacle of the Aokify Yourself Tour tonight at The Ogden. Doors are at 7:00, Show starts at 7:30. Tickets are $50.00 at the door and will feature Borgore, Waka Flocka Flame, Deorro, and Kryroman as support.