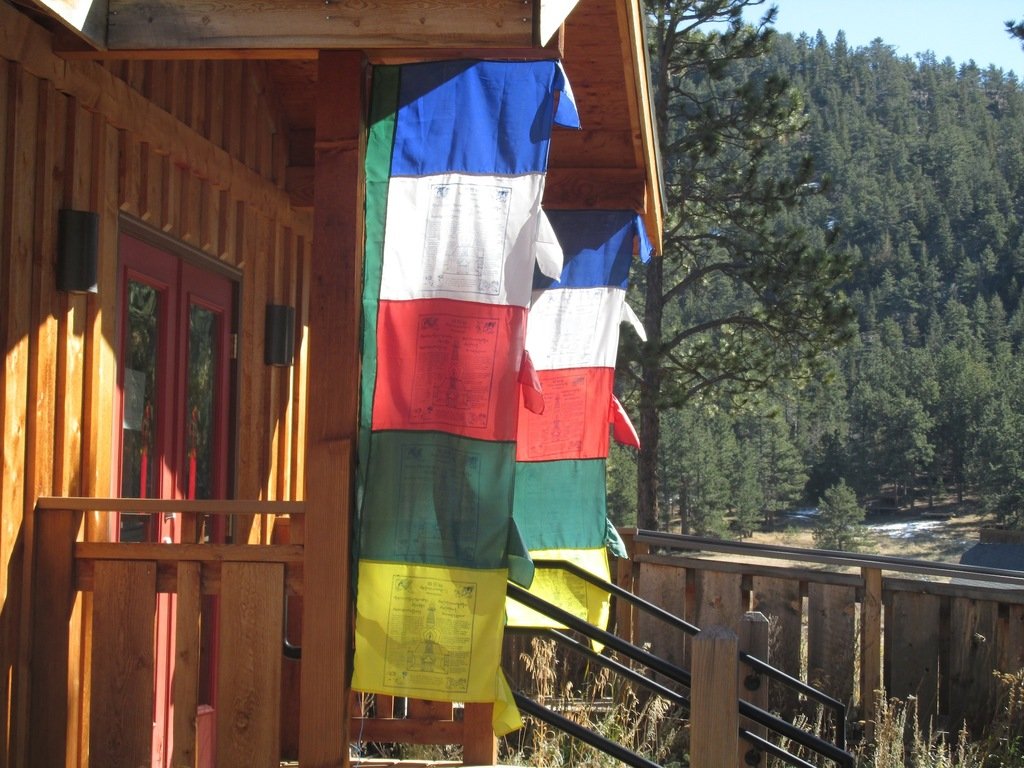 Sideline Teaser: Unplug And Reconnect At The Shambhala Mountain Center

Unplug and reconnect? What a strange concept in a world that seems to have evolved into a “plug in and connect” society. Whether via television, social media, or other internet sites — it seems like we are always on our phones, laptops, or glued to the television.

I recently escaped to the Shambhala Mountain Center in Red Feather Lakes, Colo in search of a great yoga retreat to tell our readers about. After checking into my room we had a few hours before the retreat officially began. With no television or cell reception I literally had a moment where I sat on my bed and thought: “So what exactly do I do now?” Stillness and silence rung from the surroundings everywhere, creating the perfect environment to escape from demanding responsibilities of life.

Two days later — after much yoga, meditation, hiking, and healthy eating (much to my surprise) all of the fresh air and silence did not, in fact, kill me. 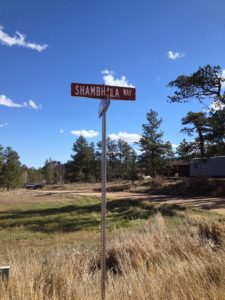 Program I tried: Retreat and Renewal

Accommodations: I would recommend the Shambhala Lodge, Single / Private Bath

Nestled high in the Rocky Mountains, just a two hour drive from Denver, this 600-acre mountain valley retreat facility is surrounded by native forests, gentle meadows and rocky peaks. The center is also home to the Great Stupa of Dharmakaya, one of the most significant examples of sacred architecture in the world and a monument to peace, tolerance and compassion.

Shambhala hosts over 100 different programs a year, ranging in intensity and duration. The weekend-long “Retreat and Renewal” program I participated in included an intimate group of 16 retreaters from Colorado to Louisiana (and everywhere in between). Our days were structured but offered plenty of free time to explore the grounds. Led by Greg Smith and Jaimie Epstein, I continued to feel more at ease and peaceful as the retreat progressed.

Never having meditated before I found this to be the most challenging aspect of the experience. Sitting in silence and “becoming friends with myself” was a lot harder than it sounded. As a first timer, I was glad to have an instructor walking me through the basics. Now that I am back in the real world I suspect this sort of sacred space can be created anywhere. 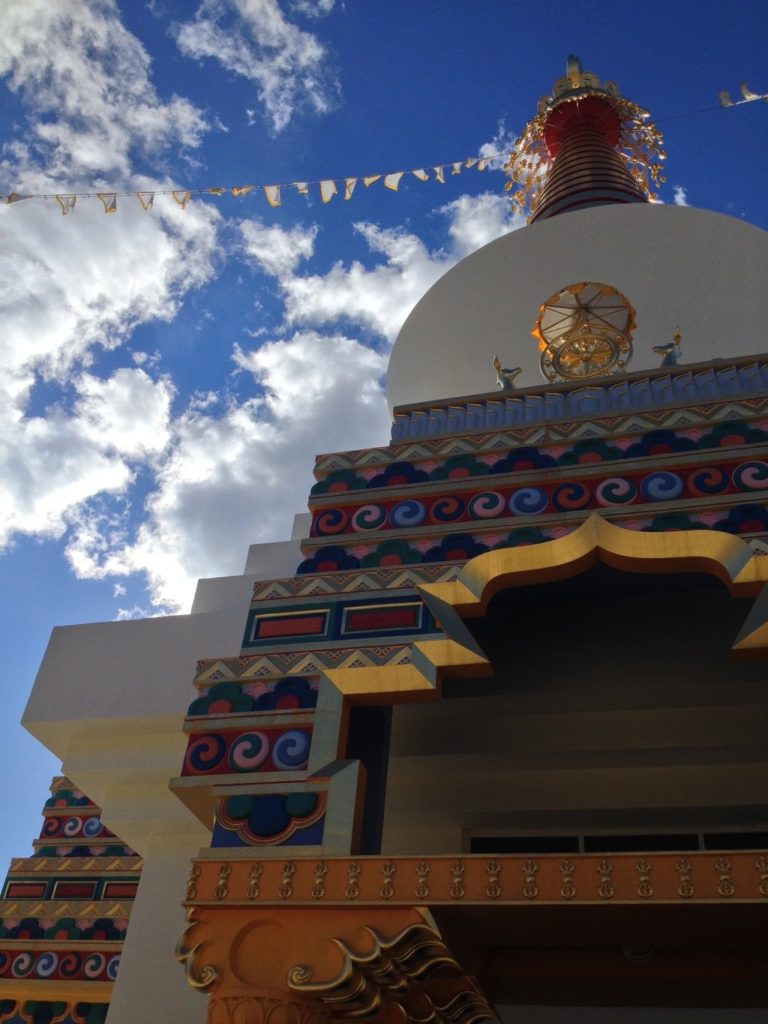 As you can see, this stupa is no exception. Gleaming in pristine white and pastel colors, set amidst a clear blue Colorado sky, its beauty took my breath away (well that and a combination of altitude asthma).

I soon came down from my euphoria while doing a kitchen duty shift after dinner that evening, as ROTA (Remarkable Opportunity for Transcendent Action) is a part of everyones stay at the center. Not to fear, looking for some glamour in your retreat? There is an on-site masseuse.

I went into this retreat after a near 60 hour work week — feeling stressed and a step behind. And I am sure I am not the only one who was 2 hours late to work that day because of a stalled street-sweeper on I-25 that nearly shut the whole highway down. But as I drove further and further away from my responsibilities and into the land of no cell reception, I actually began to feel closer and closer to myself. 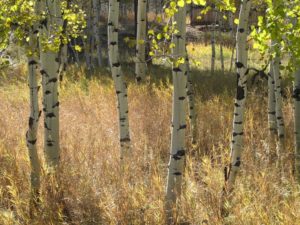 While Shambhala did not eliminate traffic jams or deadlines from my life, it did equip me with a renewed sense of control and ease to approach these demands with.

I would recommend this retreat to anyone looking to return to a simple way of living as a way to re-set and reconnect to themselves.

Just chill — it is okay here.

All photography by Holly Osborn