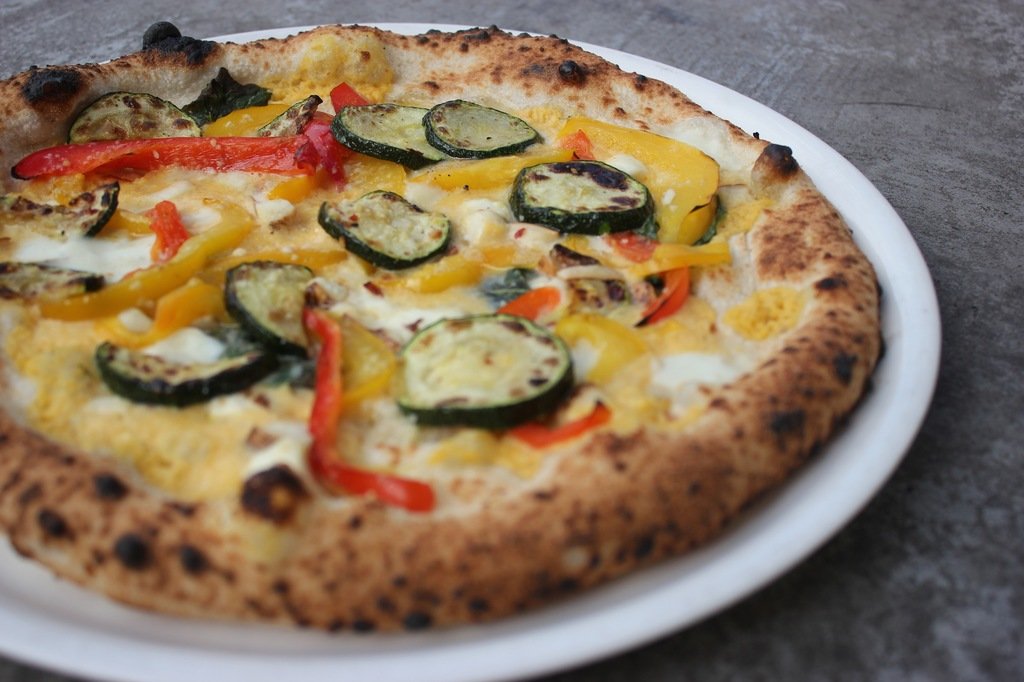 When: Marco’s fall feature items are available from now until Thanksgiving.

Feeling the need for seasonal flavor? Ditch the same old pumpkin bread and head to Marco’s Coal Fired Pizza for some seriously good fall pizzas. Marco’s Coal Fired Pizza specializes in authentic Neapolitan pizza and is the only “VPN-certified” pizzeria in Colorado. VPN stands for Verace Pizza Napoletana, but really it just means authentic pizza that tastes like Italy came to Colorado. 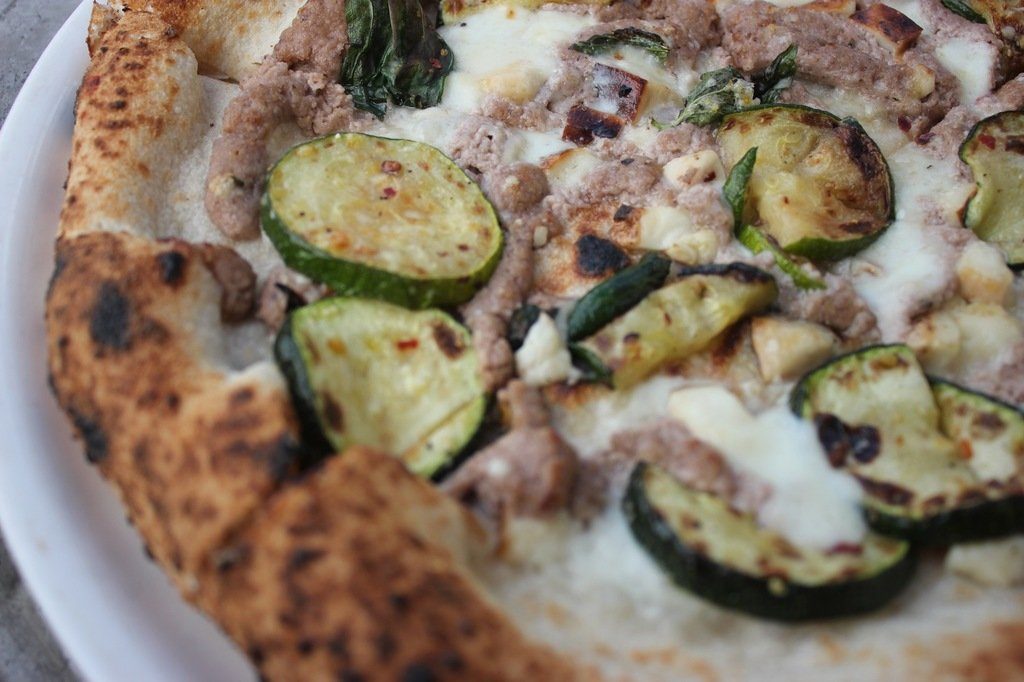 With two locations, one in Ballpark and one in Inverness, Marco’s has long been on my go-to list of pizza joints. On my visit to try their new pizzas, I started with their fall cocktail special: the Rocky Mountain Smash ($7). This is the whiskey drink for people who don’t like whiskey. Made with Leopold Brothers Rocky Mountain Peach Whiskey, fresh mint, lemon, and a splash of soda water, it’s refreshing and goes down oh so easy. You also can’t go wrong with their wines by the glass. At only $7 the Badia Al Colle Chianti from Toscana is drinkable and a good value; if you want to splurge order the delectable Damilano Barbera D’asti from Piemonte ($11).

Now let’s talk pizza. I’ve always been partial to Marco’s Toscana pizza, which is topped with mozzarella, tomato sauce, arugula, prosciutto, and grape tomatoes ($17). I wasn’t sure if the fall pizzas could live up to my favorite, but I needn’t have worried. Marco’s offers two different fall options, both priced at $16. The first, and best, is the Starita, a pizza topped with walnut and pinenut cream, smoked bufala mozzarella, roasted zucchini, pecorino romano, and EVOO. The second is the Pizza Del Papa, which has roasted butternut squash, roasted bell peppers, roasted zucchini, smoked bufala mozzarella, and EVOO. Because they each use the same smoky mozzarella, the flavors are similar.

The Pizza Del Papa is a bit lighter because it lacks the cream base, but I prefer the Starita because the roasted zucchini balances out the walnut cream nicely. If you have at least two people, I suggest ordering one fall pizza and one pizza off of their regular menu so as not to overload on the smoky fall flavors. Paired with another red sauce pizza like the Toscana, I think you would have a great balance of both classic Italian flavors and the innovative fall-driven flavors in the Starita and the Pizza Del Papa.

For dessert Marco’s is offering a pannacotta drizzled with a strawberry glaze. It’s a tasty concoction and that’s saying a lot because I don’t love Italian desserts. To be honest I might have preferred some sort of apple-caramel delight given the autumn focus, but if you like pannacotta, Marco’s is a good one to try.

Overall, I love that Marco’s is getting into the fall spirit without resorting to cliched pumpkin flavors. Pumpkin lattes not withstanding, too often chefs turn to pumpkin instead of thinking outside the culinary box. The Starita at Marco’s Coal Fired Pizza captures the essence of fall and is the perfect choice for dinner during these crisp autumn nights.