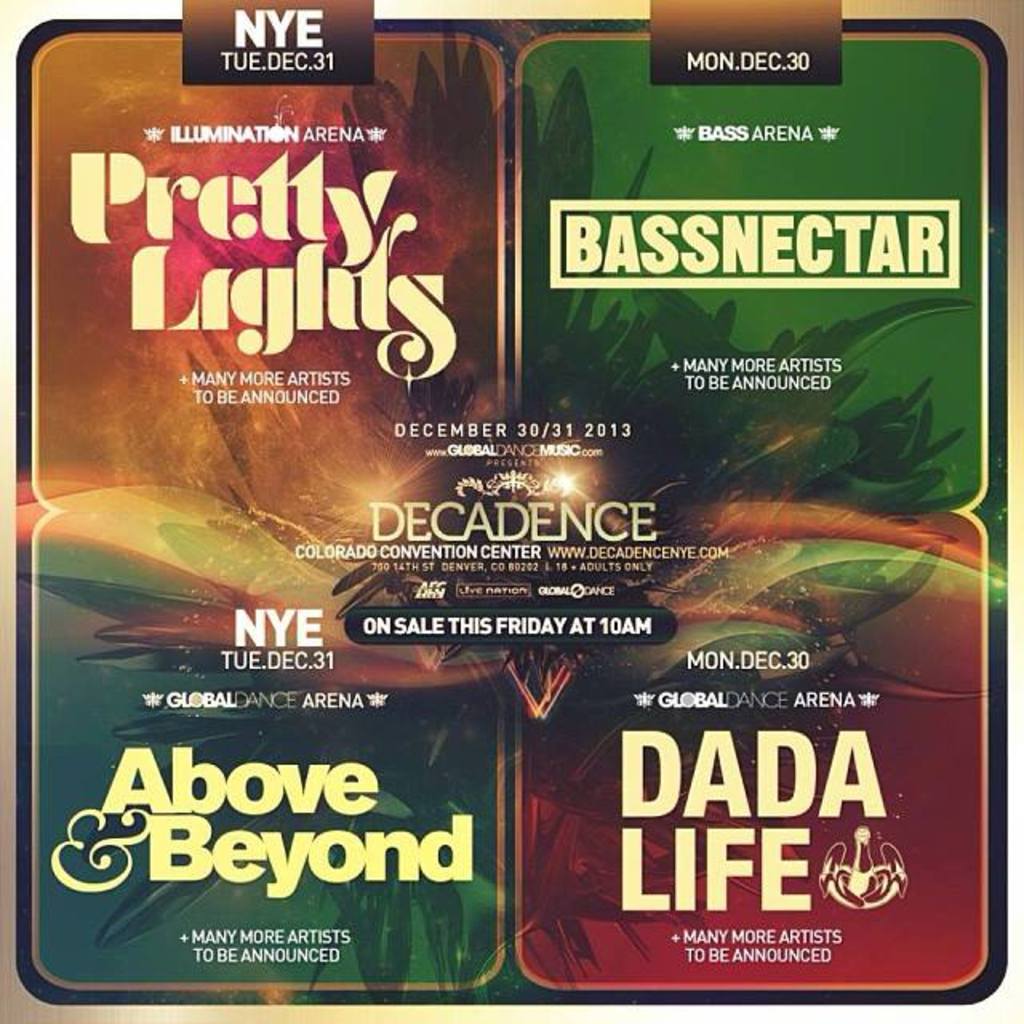 It’s only October, but is it ever too early to start thinking about New Year’s plans? Perhaps a relaxing night in a mountain cabin with a few bottles of champagne and some laughs? Wrong. You’re going to the biggest bass-fest the Colorado New Year has ever seen—Decadence New Years celebration. Announced yesterday was confirmation of a superteam of electro-giants banding together for a two-night New Years throwdown on two massive stages on December 30th and 31st. We at 303 Magazine are also proud to announce our part in Decadence NYE as a media sponsor.

Bassnectar, Pretty Lights, Dada Life and Above & Beyond were all confirmed to be present for a Mile High New Years, with rumors soaring of other big names. And for those who didn’t get the chance to catch Pretty Lights with the live band, this is your time.

Big thanks to the lovely folks of Triad Dragons, who also put on the 3-day Global Dance Festival at Red Rocks, for throwing this fest together at the Colorado Convention Center because, well, is there anywhere else big enough? Will it ever be the same? Doubtful.

Early bird tickets go on sale this Friday, October 4th at 10am. Grab em before they’re gone. Brace yourself for two nights of lights and bass and get ready to ring in 2014 with a ringing in yo eardrums. http://decadencenye.com/