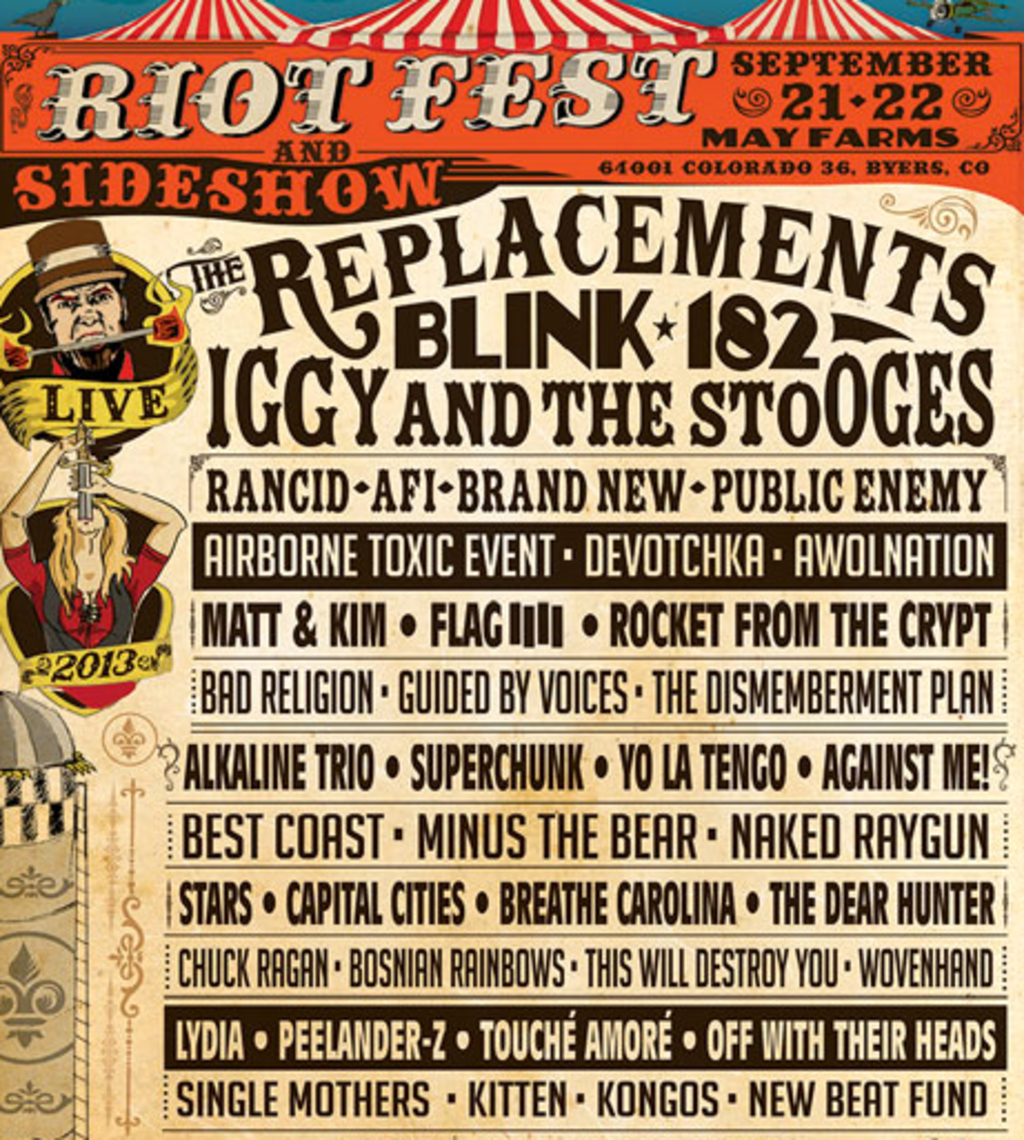 One of the nation’s most beloved rock music festivals, Riot Fest, makes its way to the Mile High City for the first time on September 21-22. In its 9th year, Riot Fest is two days of live alternative rock set against an old-fashioned carnival. In partnership with local promoter powerhouse, Soda Jerk Presents, this year’s Riot Fest is headlined by The Replacements, Blink-182 and Iggy & the Stooges. The bill also includes heavy-hitters like Rancid, AFI, Brand New, Public Enemy, Airborne Toxic Event, DeVotchKa, AWOLNATION, Matt & Kim, FLAG and Rocket From The Crypt.

Check out the full day-by-day lineup below. We are giving away SEVERAL pairs of tickets on our Facebook page. GO HERE TO ENTER TO WIN A PAIR OF TICKETS  TO THIS YEAR’s FEST. We will announce the winners next week! 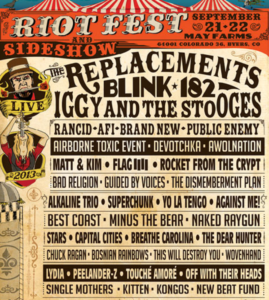