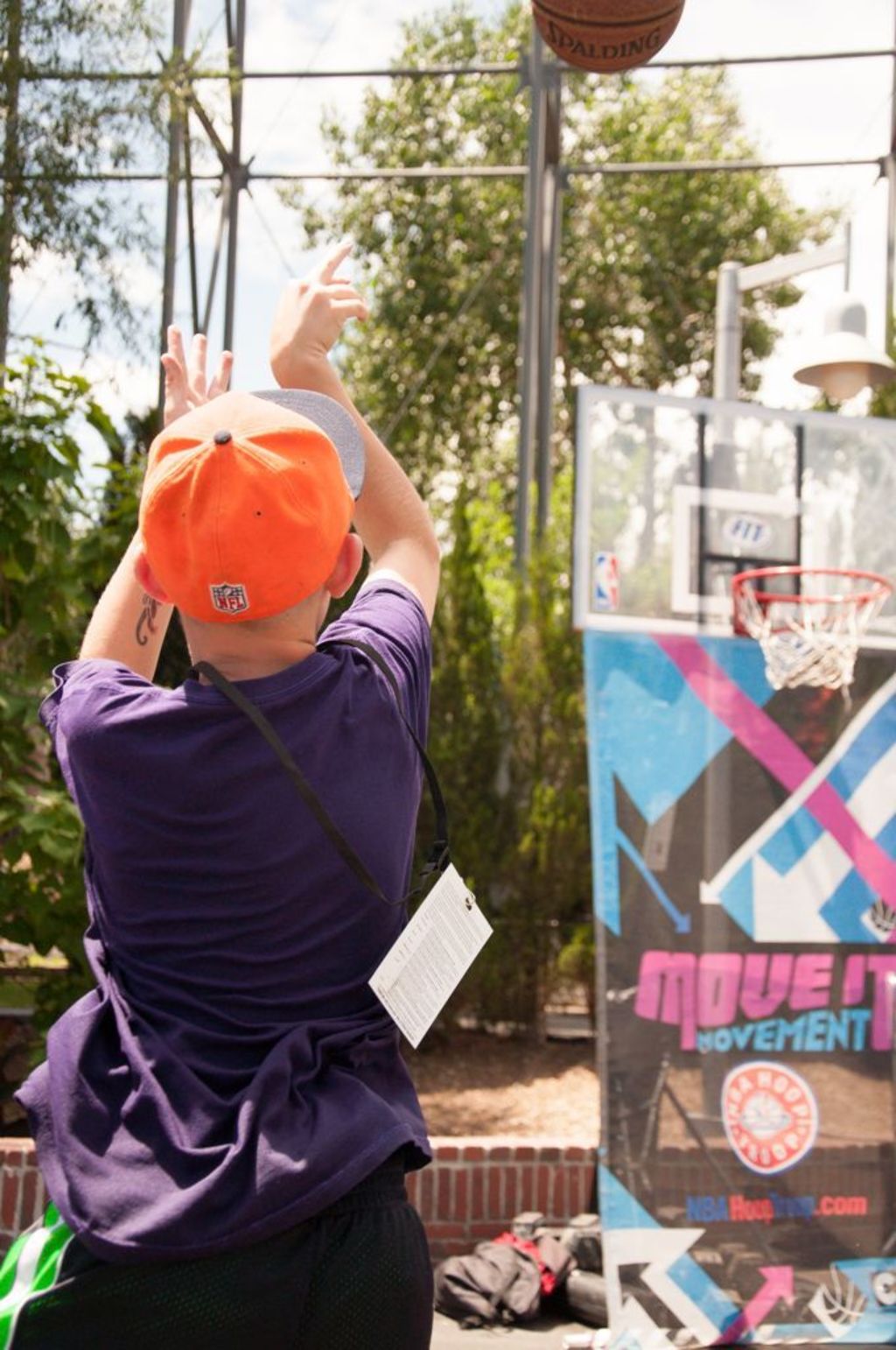 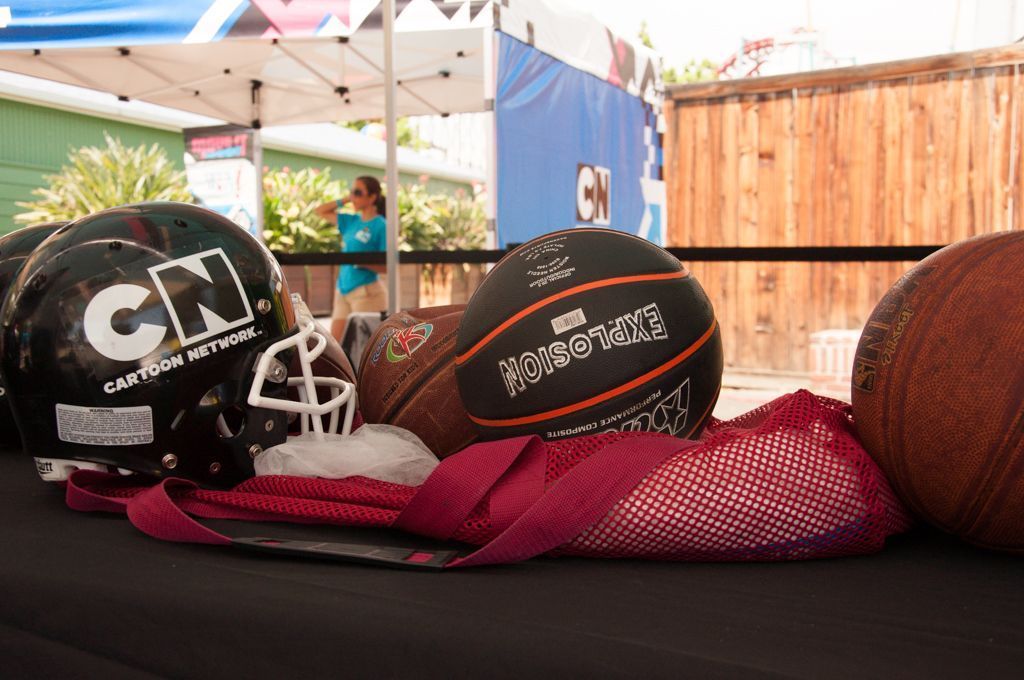 Amid the roller coasters, funnel cakes, and water rides that we can count on finding at Elitch Garden’s during the summer months, this past weekend Cartoon Network’s “MOVE IT MOVEMENT TOUR” made a stop in Denver.

This tour targets youth ages 6-14 to provide support and encouragement in the ongoing battle against childhood obesity through an active lifestyle. The tour is supported by First Lady Michelle Obama’s Let’s Move! initiative to increase the physical activity of America’s youth. With an extensive list of sponsors including Xfinity, the NBA/WNBA  FIT & NBA Hoop Troop, NFL PLAY 60, PGA of America, Subway Fresh Fit for Kids, and the Boys & Girls Clubs of America – it’s evident that American businesses are backing the idea that childhood obesity is a growing problem that needs to be addressed. 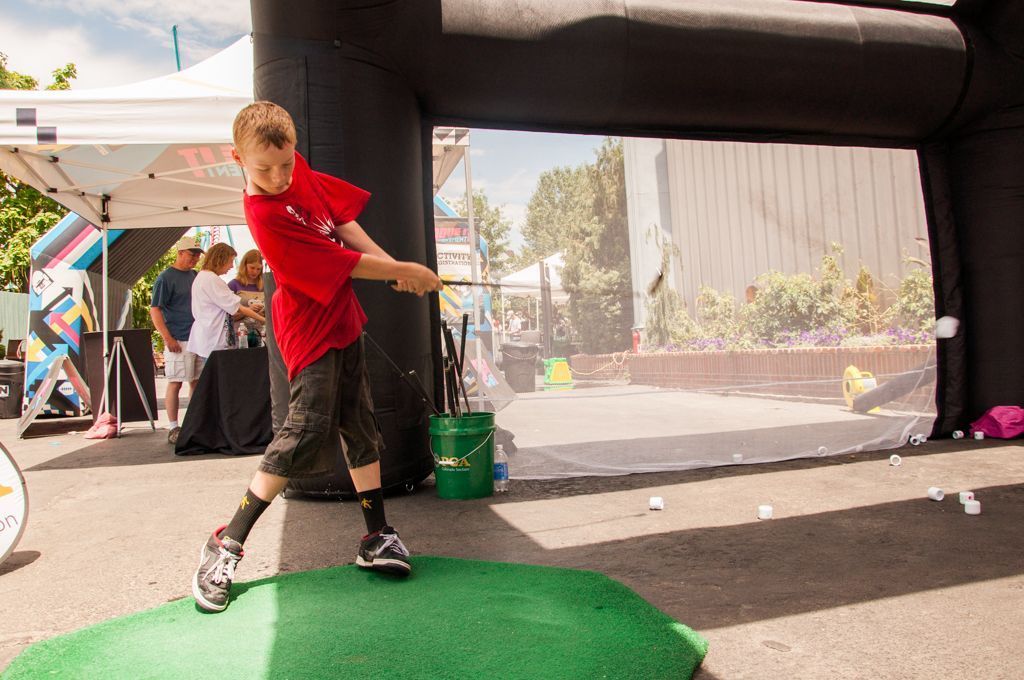 “When I was a kid we lived outside,” Manager of Program Operations Tim Glibowski said. “Now you really have to work with the kids and show them the different options – to get them off of the couch and away from the video games.”

Kids had the opportunity to test their basketball skills, practice football running patterns, use their footwork shooting at a custom soccer goal, and even watch BMX and skateboard experts perform high flying demonstrations. Special to the Denver stop on the tour was the opportunity for kids to receive a free 10-minute golf lesson from a member of the Professional Golf Association (PGA). With temperatures reaching the mid-90s all weekend, the “Cartoon Network Chill Zone” was a popular spot where kids could enjoy some cold water while watching their favorite Cartoon Network shows.

With over 2,400 participants throughout the weekend, Cartoon Network helpers were busy shagging basketballs, giving coaching instructions, and providing encouraging words to all the kids who made their way through the doors. Combating another harsh childhood reality was the Stop Bullying and Speak Up booth that educated kids about what bullying is and easy steps they can take to help stop it. 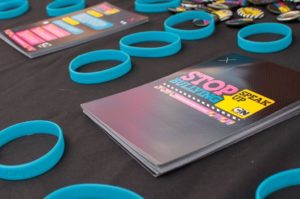 “Everyone here tells the kids to work hard and keep practicing – that’s probably one of the main ideas we want kids to leave with,” Tour Manager Eddie Villarroel said.

Childhood obesity in Colorado increased 23% between 2003 and 2007 – the second-fastest rate of increase in the nation.

Earning its spot nationally as the healthiest state for adults, I wondered how Colorado ranks nationally when it comes to childhood obesity. According to 2013 research conducted by Colorado State University, approximately 17% of children ages 2-19 are classified as obese. Colorado fares slightly better with approximately 14% of children considered obese. However, the same increasing trend seen nationally is occurring in Colorado as well, at an even faster rate. Childhood obesity in Colorado increased 23% between 2003 and 2007 – the second fastest rate of increase in the nation. So while we may still hold the title for “Healthiest State in the Nation,” we have some work to do when it comes to the health of our children.

Dan King, father of eight (yes you read that right) made his way through the MOVE IT MOVEMENT TOUR with his son, Anthony. King estimates that his kids play outside around 4-5 hours a day, and only watch TV for a little bit to relax sometimes before bed. 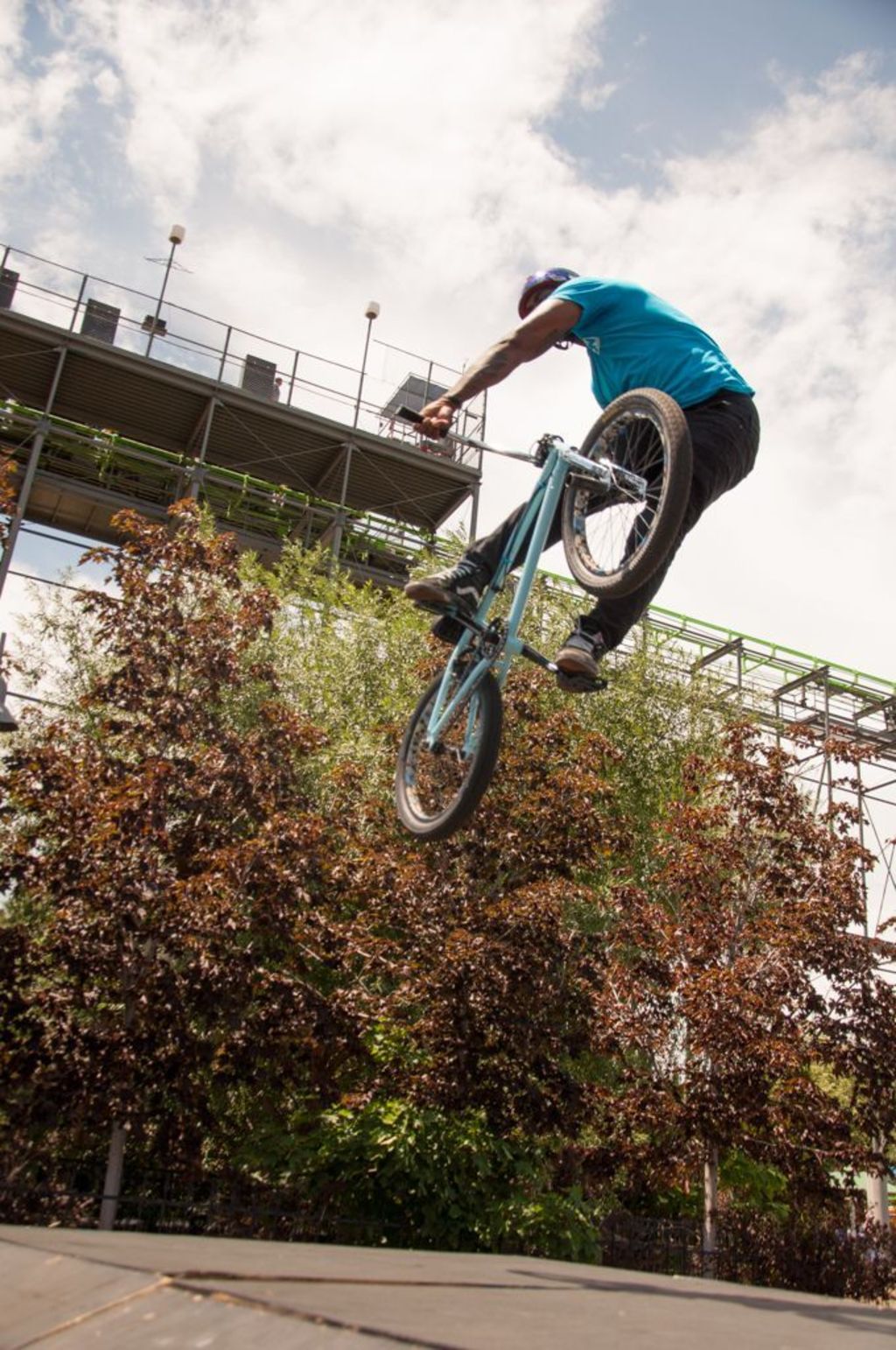 When asked what steps he takes to help his kids stay active King said: “I’m all for playing with them outside. Especially in the summer when our air is not working right and it gets too hot to stay inside. Sometimes it backfires when I want to relax and the kids want to play outside. But hey, that’s alright with me.”

Taking a time-out from all of the sports fun to talk to 303 Anthony King, 11, talked about what he does to stay active as a kid. His favorite sport is soccer – and his favorite healthy snack is granola. At the tour he learned how to shoot 3-pointers at the basketball station. As far as his favorite Cartoon Network show? That was a tough one, but he decided to go with a tie between Ben 10, Adventure Time, and Teen Titans.

It is going to take a lot of real-life superheroes to fight childhood obesity. The MOVE IT MOVEMENT TOUR makes its way through 16-cities across America during the summer to show kids how much fun exercising and playing sports can be. It is not often that a television network works to get kids away from the TV, but Cartoon Network is doing it.

“Fighting childhood obesity is a hefty but achievable goal,” Glibowski said. “It can’t just be Cartoon Network and Michelle Obama preaching about it. It has to start in the homes — everybody has to be on board.” 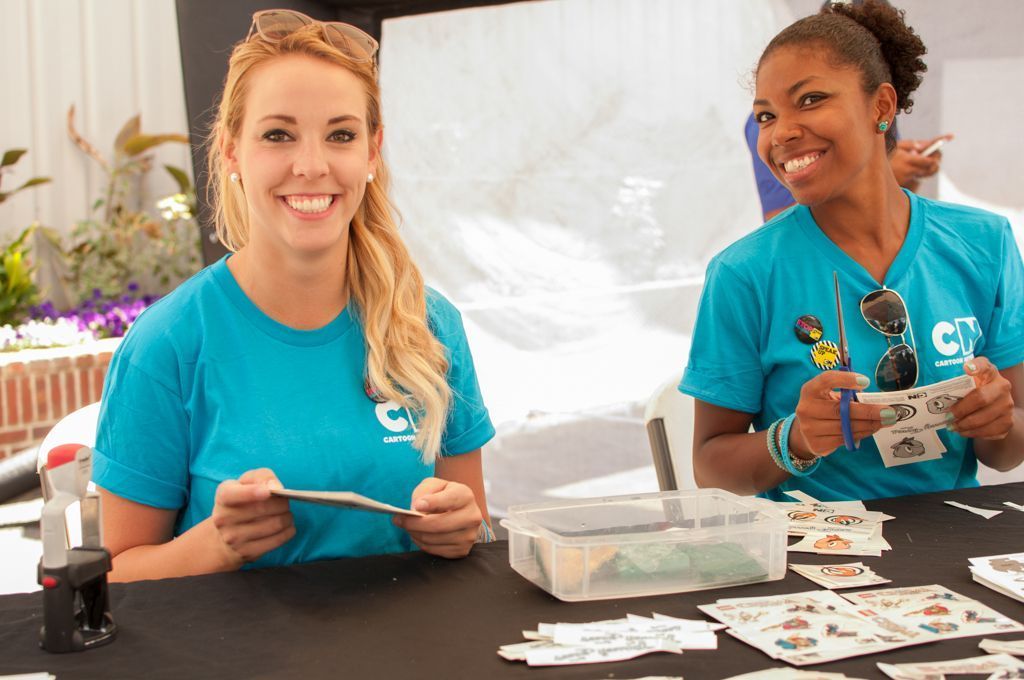