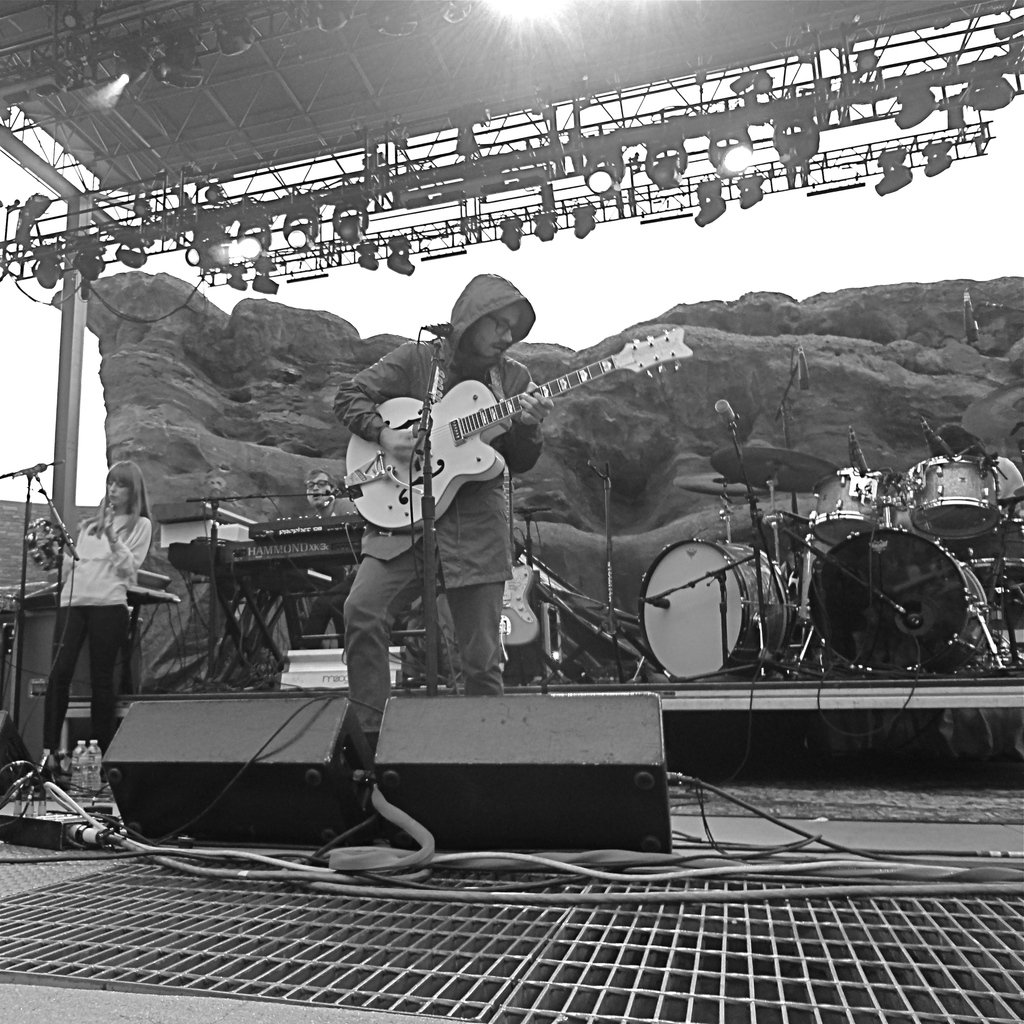 Hindsight: Portugal. The Man gets ‘Evil’ at Red Rocks 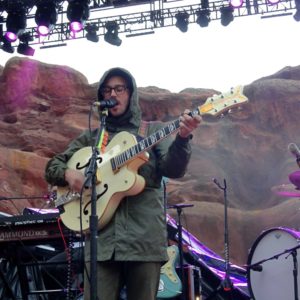 As Fourth of July festivities subsided and some of us were left with a pounding headache—but a seriously rad red, white and blue Budweiser hat—a fifth of July show at Red Rocks reminded us that every day can be Independence Day with the right soundtrack. Down-home North Carolina boys Avett Brothers headlined their folk hits after openers Portugal. The Man set the stage ablaze with their free-flowing independent rock. Both sold-out nights hosted Avett fans of every demographic, with a number of Portugal fans eager to hear the band, fresh off the summer music festival circuit, crank out some of the tracks on their newest full-length album, Evil Friends. And it was Portugal who stole the show, opening with a fitting post-Independence Day rendition of their song, “So American.”

Frontman/guitarist John Gourley crooned, clad in a hunter green rain jacket, the hood casting eerie purple shadows on his face, courtesy of killer lighting. Gourley kept up his signature aloofness, leaving the crowd entranced in his lyrics as a piercing falsetto slipped out from below a magnificent mustache.

Drummer and newest addition to the band, Kane Ritchotte, proved to be an integral component of the band’s unique sound. His surefooted skills emerged, as he seemingly found the rhythm quite easily, drumming with one hand and sipping a Pabst Blue Ribbon with the other. Meanwhile, bassist Zach Carothers, guitarist Noah Gersh and keyboardist Kyle O’Quin tore up stage right, matching the crowd’s enthusiasm blow by blow.

The Portland, OR based fivesome (Carothers and Gourley originally hail from Alaska) recently released their seventh studio album, Evil Friends, shaped with the help of famed producer Brian Burton, aka Danger Mouse. Burton aided the band in tidying up their erratic style, while also encouraging some of the genre-spanning sounds signature to Portugal.

The songs played off the new album coincided with the band’s reputation for adding an extra dose of cynicism-something they are both commended and criticized for doing. And with biting lyrics like, “But I can’t even be your friend,” it seems that Portugal. The Man has every intention of keeping us all at arm’s length. But that doesn’t stop the multitude of fans from continually selling out venues to hear the band’s bewildering mix of sharp lyrics, quivering vocals and crunching chords. 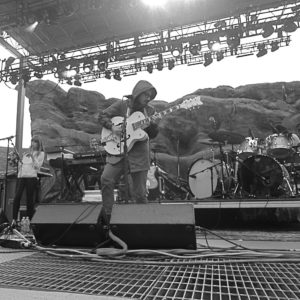 If you didn’t have a chance to see Portugal. The Man this round, they will be back in the 303 on October 19th at the Ogden Theater with alternative dance group, Crystal Fighters. Until then, you can satisfy your hunger for more Portugal by playing Evil on repeat and finding a safe place to jam.