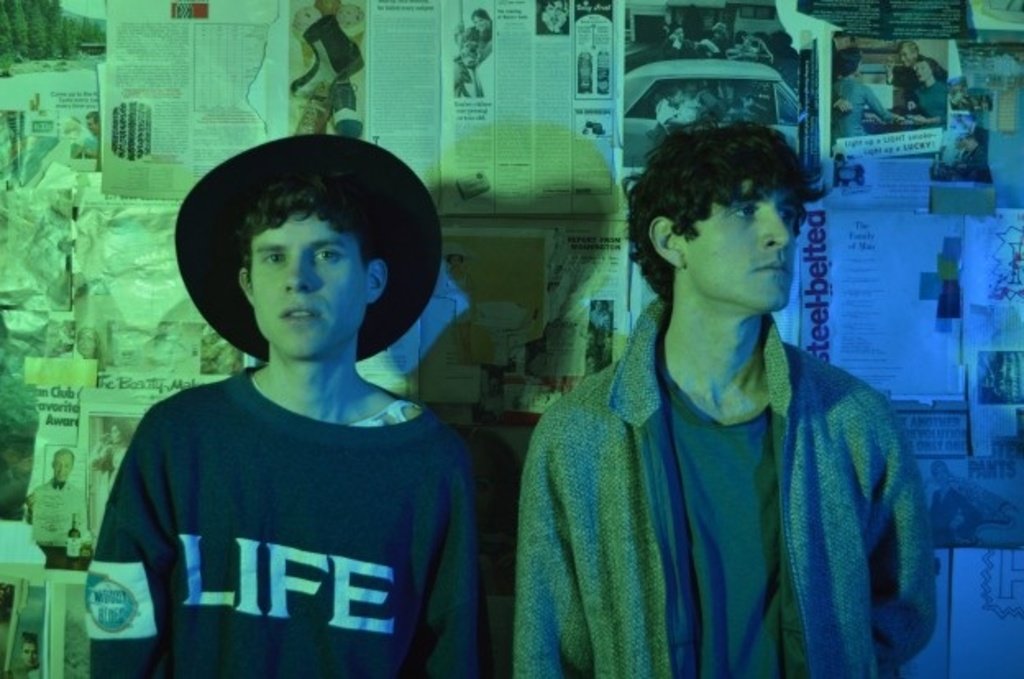 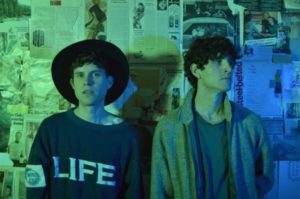 “What’s in a name? That which we call the band Hockey by any other name would still sound as sweet.”

To take a line from good old Shakespeare’s classic love story Romeo and Juliet, sometimes what matters is simply what something is, not what it is called, perceived as or expected to be. To take an educated guess, this is exactly the essence of what band members Ben Wyeth and Jeremy Reynolds were trying to find during the almost four years between the release of the band’s debut album Mind Chaos and their new labor of love, Wyeth IS. In the time that elapsed between the two albums, bandmates Ben and Jerm embarked on a journey that would eventually lead them away from the commercial sound and subsequent success of Mind Chaos towards new and unknown horizons with their most recent endeavor.

Their coming of age tale really shines through the melodies and lyrics of all 11 tracks of Wyeth IS, but you don’t have to take my word for it, you can go see for yourselves this Saturday at The Denver Post’s Underground Music Showcase. The duo will be playing the Goodwill Main Stage at 7 p.m.,  so to get 303 readers excited about the showcase and Hockey’s performance, 303 Magazine caught up with Ben Wyeth to talk shop about the new album.

303 Magazine: I always like to start off with a little icebreaker question, so – if you could see one musician (dead or alive) perform today, who would it be?

Ben Wyeth: Bob Barley at the Roxy in LA.

303 Magazine: Okay, now down to business. It appears that Hockey has undergone quite a transformation in the past few years in regard to just about every aspect of the group including band members, names, booking, management, and record label representation. Care to enlighten 303 readers on why you chose the paths you did and how it has affected the bands current dynamic?

Ben Wyeth: Yeah everything is different for us than it was 3 years ago. But we’ve always only been able to make music that felt alive and electric to us in the moment. I’m not very good at operating from a savvy standpoint of “This might sell or make us money” And that’s not even like look at us we’re so artistically honorable. It’s just like when we try to be savvy we just make empty bad music… So we had to set off on some new paths musically and follow where the energy was coming from. And that precipitated a lot of changes because others around us were less interested in this new territory.

303 Magazine: It also appears that you chose to diversify your settings when writing and recording songs for the new album, opting for a drastic change of scenery from the West Coast/Pacific Northwest to rural New York. How much do you accredit this migration to the different sound that Wyeth IS has compared to your debut album Mind Chaos?

Ben Wyeth: I’m actually from New York City. So my musical roots are laid down there. The isolation did have an effect on our sound I think though. We were looking to make a landscape with the album that a listener could lose themselves in.

303 Magazine:  You guys chose the 11 songs on Wyeth IS from over 50 demos. How did you narrow down your choices?

Ben Wyeth: It would become apparent after time which songs had the depth and staying power to us. Also playing stuff for friends as we were working was a big help. Sometimes they knew what was up faster than us.

303 Magazine: Finally, if you had to describe the new album in 5 words, what would they be?