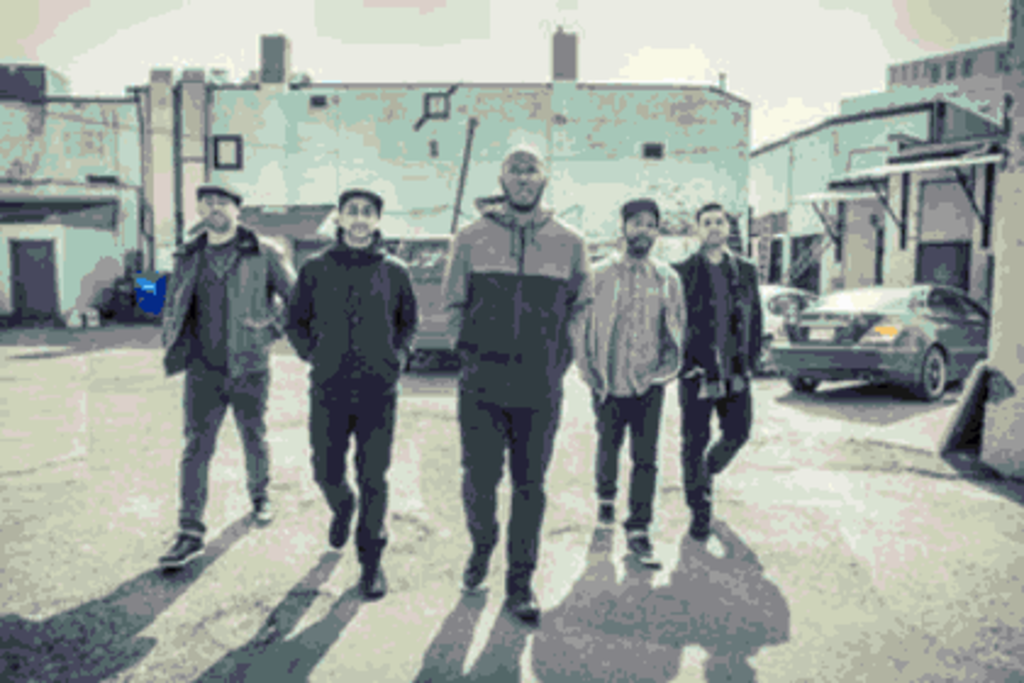 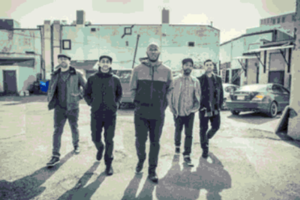 Bad Rabbits is generating major buzz with their newest album, American Love. After its release on May 14, it debuted at #1 on the iTunes R&B Albums Chart and hit the Top 10 on the Billboard Heatseakers Chart. They’re on tour now, spreading their soulful blend of R&B and post-rock across the country. Their upbeat party songs mixed with a little bit of heart and a love for “big booty bitches” promise a show full of fun and major booty-shaking. Check them out for yourself at Summit Music Hall’s Moon Room this Monday, July 22. The show starts at 8 p.m. and is open to all ages. Advance tickets are $13 or you can get them at the door for $15.

We caught up with Bad Rabbits bassist, Graham Masser and learned how they created their unique genre-blending sound, one of their craziest moments on tour, and just what Bad Rabbits has planned for the future:

303 Magazine: What’s the story behind the name Bad Rabbits?

Masser: Basically, we have a great friend and really talented songwriter, this guy Gavin Castleton, and we were on tour with him when we were in our old band and also backing him up for a few songs, and we backed him up on his song “Bad Rabbits,” and that’s kinda the same time we were deciding to change gears and start Bad Rabbits, and that was a name on a short list of names we wanted to name the project and that was the only one that everyone didn’t hate and we could agree upon.

303 Magazine: What did you think of the Mile High City last time you were here?

Masser: We played Warped Tour in 2011 and that was such a cool atmosphere to play in Denver just right in front of the stadium. They let us in and we got to run around out on the field so it was a pretty cool Denver experience for us. Typically, every time we play there, people in Denver, or Colorado in general, just seem to be really open to a lot of types of music and people are really interested in music and there’s a thriving music scene there. We’ve always just had a really good time there. Very well received and it’s one of our favorite places to visit for sure.

303 Magazine: What is the music scene like in Boston?

Masser: It’s great, I mean, I think there are more music students in Boston than any other city in the country so there’s always a ton of talent in the city, a ton of bands, always good shows, pretty much every night of the week. When we were coming up there were a lot of warehouse and house parties kinda like more DIY venues, and I guess not-so-typical concerts and venues in clubs and bars, so that was really interesting when we were getting our start. We would do a lot of house parties and a lot of warehouse parties in an area called Allston and Brighton and that’s kinda how we got a little bit of our name and our brand in Boston is by always throwing great parties or being able to play those parties that were not announced until the last day and they always were jam packed and it was hard to get in and they were just really rowdy and it was a lot of fun. It’s really a great music scene in Boston. There’s tons of different types of music. A lot of great bands and we’re fortunate to have got our start there.

303 Magazine: Who were you musically influenced by when you were growing up?

Masser: It’s definitely a really long list, and you can hear from our sound that it’s not just one style of music, but just a couple off the top of my head would be Michael Jackson, Earth, Wind, and Fire, Morris Day and The Time, The Deftones, At the Drive In.

303 Magazine: How is American Love different from your debut album Stick up Kids?

Masser: We worked with a different producer named B. Lewis from Oakland who is a really talented kid and he was just really awesome to collaborate with and brought a whole new palette of sounds to our band and it was a really great relationship. Very cool guy to work with. Had a lot of great ideas and really brought a new sound to the band. I think as we go on we just get better as songwriters the more music that we write, and I think these songs are just a little bit more mature in the writing and a little bit broader. Stick up Kids was a full-blown very short EP of party songs and American Love kinda branches out a little bit more. It is party songs but it also is songs about relationships, love, or heartbreak so a little bit more breadth of content of the songs. It also brings out some more instruments in the recordings and the production. You can kinda hear a little bit more of the rock influence I think on this record.

303 Magazine: You all come from such diverse backgrounds. How has that impacted your music?

Masser: It’s definitely also a big part of our sound and just the vibe of our band and the brand and our personalities. Everyone has very different upbringing culturally, religiously, ethnically, so we’re all very different people. It’s not 5 white guys, 5 black guys, 5 Indian guys in a band, so I think considering we all had very different upbringings and were brought up on different music, and in different ways, it all kinda just plays into the music in that we’re bringing a lot of different things to the table and bringing them together in one form or another and also learning about ourselves and our families. I’ll go over to Sheel’s house who’s our drummer and his mom will cook us great really authentic Indian food or some of the guys come over to my mom’s house for a Jewish holiday and Santi’s mom is a great cook and she’s from Italy, so we get to experience different cultures through being in a band together.

303 Magazine: Who are some of your favorite artists or albums right now?

Masser: Cocaine 80s, which is James Fauntleroy’s project. We’re all really into him right now. And Justin Timberlake’s new album. The new Daft Punk album is awesome, Letlive, which is a great kinda post-rock band on Warped Tour, a good friend of ours.

303 Magazine: What’s the most embarrassing or funny thing that has happened to you guys while on tour?

Masser: We definitely have plenty of hilarious stories. At one point when we were touring, one member of the band went to the bathroom out the window. He took a shit out the window of a moving vehicle on the highway. I’m not going to say who it was or where it was or when it was. It’s part of the folklore of our band now.

303 Magazine: If you weren’t doing this full time, what would you be doing instead?

303 Magazine: What can we expect to see from Bad Rabbits in the future?

Masser: Writing. A lot more writing great songs. We’re just gonna continue to work with different writers, different producers, and for us it’s really about continuing to have quality output. People in our fan base realize that we’re not really the type of band to churn out an album every year or maybe even 18 months, I mean we take our time and really hone in on the songs and make sure that we’re completely happy with them before we take any steps moving forward. Because that’s really what the brand and our career is based off of is songs, so I think we’re just gonna continue writing, and we love playing live so we will continue touring and breaking out into other markets. We plan on going to Europe and overseas. Right now we’re on our American Love tour promoting the album and we’re looking forward to the Denver stop and the rest of the shows.