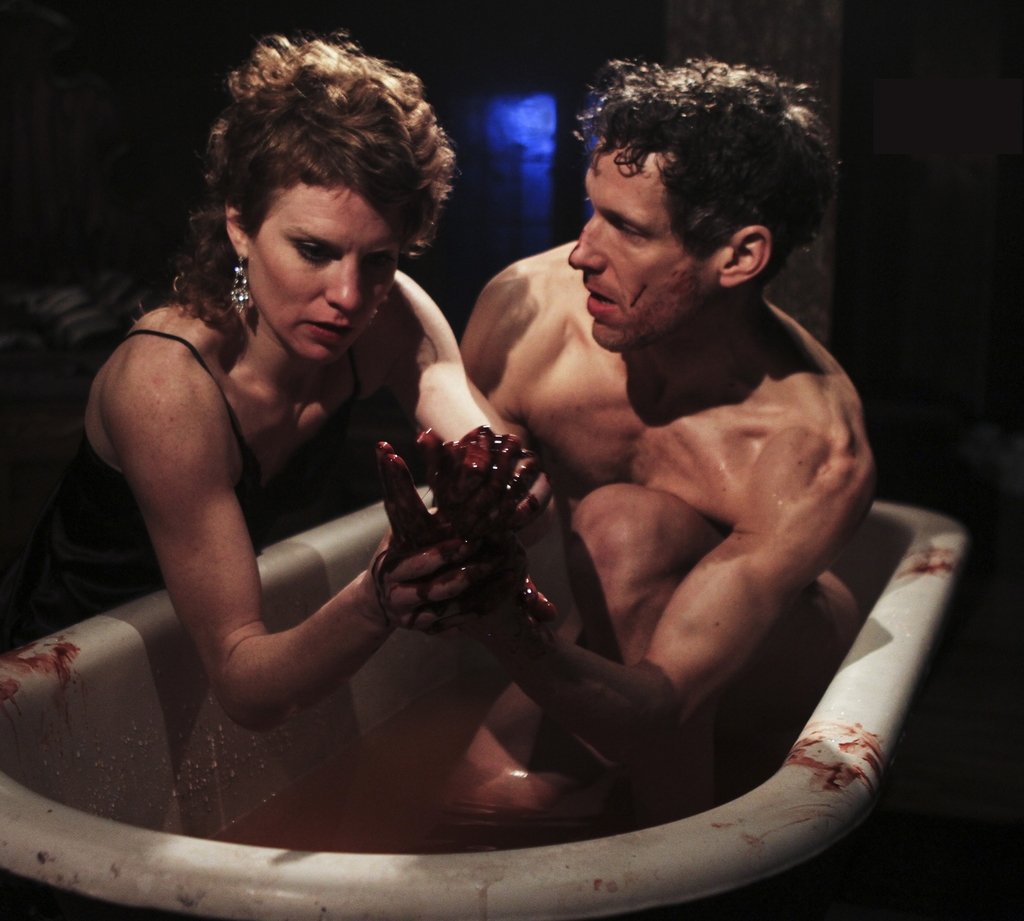 Live theater patrons generally expect to sit in a seat and be treated to a linear storyline. Just because that’s the norm doesn’t mean it’s the only way. Sleep No More, an immersive theater piece that unfolds inside New York’s McKittrick Hotel, definitely doesn’t abide by any written or unwritten rules about what a theater experience is supposed to be.

The McKittrick is a six-story building in Chelsea with a plethora of rooms decorated in a wide variety of ways. There’s an infirmary, a shower, a couple offices, a bramble maze, a concierge desk and one filled with claw foot bathtubs, among others. Patrons aren’t ushered to an assigned seat. Beginning with the coat check, patrons are directed and advised by members of the staff and characters in the environment. In the cabaret lounge, masks are distributed and wearers are asked to wear them at all times until returning to the bar. We had shots of absinthe before donning ours. Masked patrons are then stewarded into an elevator with a curiously cryptic operator who offers several helpful tidbits including a shpiel about the danger of hand-holding. I wondered if some Eyes Wide Shut-caliber weirdness was in store. When the lift stops, the group is unleashed into the environment to stumble upon actors and scenes at random. Remember choose-your-own-adventure books? Sleep No More is like the choose-your-own-adventure version of live theater. Go where your intuition leads you. Follow your instinct. Enjoy the ride.