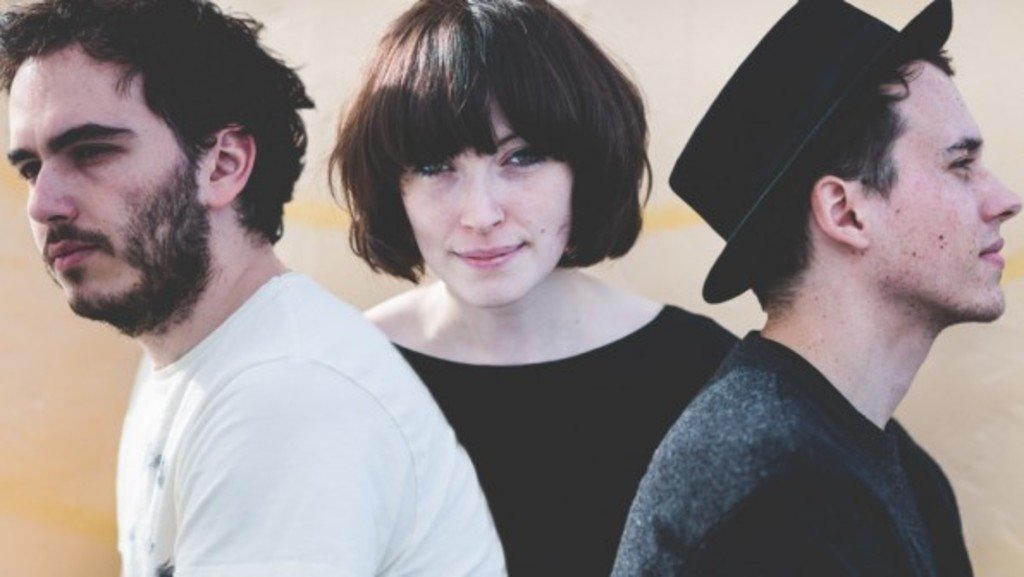 A sold-out show on a Monday night? On an unseasonably hot May evening? It doesn’t matter how many PBR’s you wash down, Larimer Lounge turns into a sweltering den of still air and hot lights when the temps rise. Daughter (originally a solo project from the pixie-adorable Elena Tonra) is an indie folk trio that sounds like gratitude and feels like an exhale. Tonra’s pitch-perfect voice brings to mind a less depressing and slightly more hopeful version of Romy Madley Croft (The XX). A little Feist. A little Cat Power. Ok, so it’s still break-up music. And quite heavy on the whole longing-for-lost-love thing. But Tonra’s sweet, unassuming presence in combination with complete band synchronism plays like an in studio performance for one. We talked with the band afterwards and zeroed in on their killer fast break cover of Daft Punk’s “Get Lucky.” The lovely trio humbly noted their producer for the track, shrugging off any major responsibility for how brilliant their version (and timing) truly was. The band happily played an encore for the wanting crowd, including a seriously cool remix of Bon Iver’s “Perth,” remixed with Hot Chip’s “Ready for the Floor.” Check it, here.