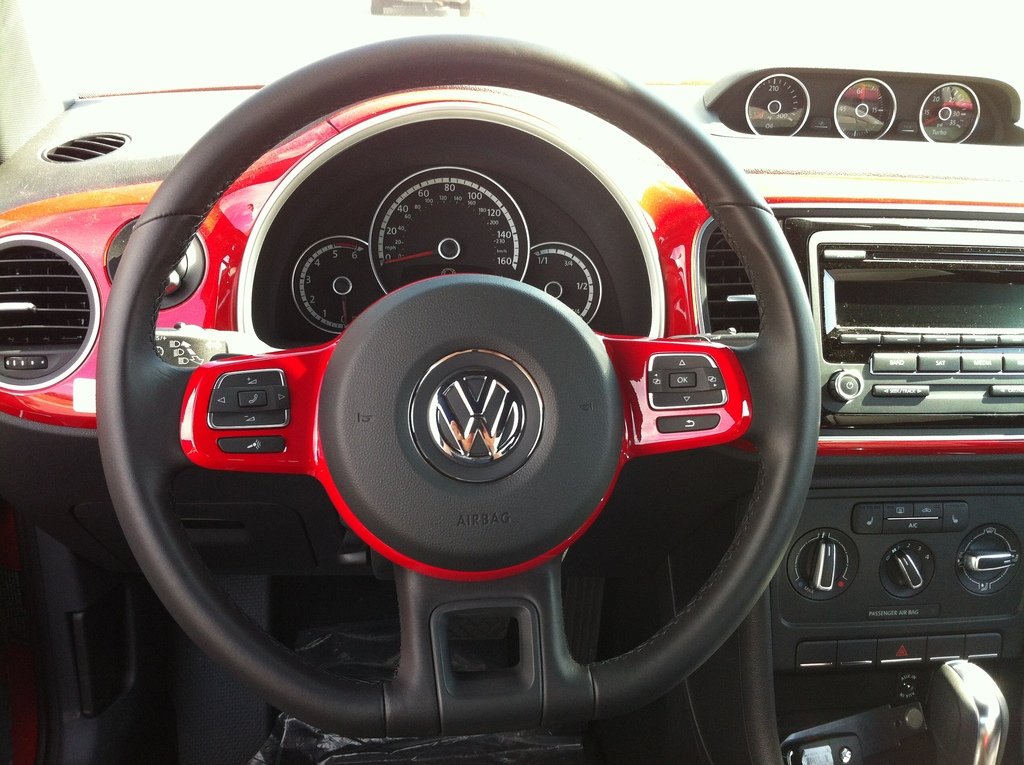 Cars From A Woman’s Perspective: VW Diesels’ Not Blowing Smoke 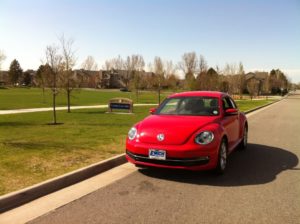 It used to be, when I thought of diesel engines, I’d think of big, stinky trucks. Making my opinion of them worse, for the longest time, I thought diesel vehicles ranked along side Harley’s on the obnoxiously-loud scale. My blackened perspective of diesel fueled cars has recently been refined after finally experiencing a few days with Volkswagen’s turbo diesel Beetle TDI.

Six cars comprise the turbo diesel TDI family: Jetta, Jetta SportWagen, Beetle, Passat (the Premium trim comes with a Fender sound system in these models), Touareg and Golf. Diesel engines are not a new concept to cars, nor are they new to other small car manufacturers, but in 2009, VW re-vamped their TDI diesels to be clean diesel engines. Clean, meaning they run on low-sulfur diesel, replacing the choke-inducing smog-fest diesel of the old days. Since the new TDI’s also include turbo engines, it makes them a viable option for having a small, powerful car at a nicer fuel economy. For this reason, Sales Consultant, Rhiannon at Emich VW calls them a great green alternative. An almost zero-emission vehicle, Rhiannon Wickizer tells me that the fuel is so clean, “you could turn it on and leave it running in the garage, and all you’re going to get is a headache.” 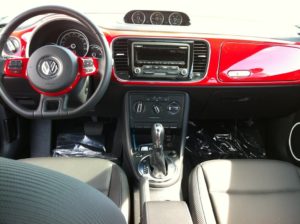 We jumped on I-25 for a quickie ride in the Jetta TDI and I could feel the turbo happily kicking in, as if it were saying, thanks for the boost… what’s next? I was impressed at how quiet the ride was compared to old-school diesels. In fact, the interior noise could almost hold-a-candle to the pristine silence that ensues inside electric cars.

When it comes to paying for diesel fuel at the pump over regular gasoline, Rhiannon suggests that non-commuters will save money, as TDIs are built for longer-hauls and highway driving. “It’s a little bit more expensive for the fuel, but for someone who drives a lot, they’ll definitely see a savings”, she says.  Rhiannon adds that these engines have to see the highway monthly or weekly, since driving at higher speeds keeps the system working at its best. Drivers who just want to dink around town will have to replace the smog-reducing honeycomb particulate filter more frequently, since the car will be working harder without getting the high speeds it was built for. (In the larger TDI models, a synthetic Adblue exhaust fluid gets added to keep the vehicles burning clean.)

Once we returned the Jetta TDI, I borrowed a bright red Beetle TDI to get a real-world feel of this whole turbo diesel world for a few days. Starting around $25,000, the Tornado Red Beetle comes with a 2.0L 140 horsepower 4-cylinder engine giving 236 foot pounds of torque. What the car lacks in actual horsepower, it gains in torque, which launches you off of red lights. You can be ‘that guy’ at red lights if you’re not used to the power. I was too heavy on the pedal at first and had to practice pressing down easily for a smooth and polite motion forward. While getting used to the sweet spot, I recalled Rhiannon contending that “you kind of forget what you’re in sometimes.”

Giving kudos to the suspension system, driving over speed bumps felt considerably less jarring than I expected for a small car. As far as the interior room, new Beetles always surprise me. From the outside you’d think it would comfortably fit you and your purse alone, but the inside has plenty of personal space for you and the front passenger. I can’t vouch for the backseat since I only climbed back there to snap a photo, but it’s a two-seater… buyers of the Beetle aren’t looking for the rear comfort of their living room.

The Beetle boasts 30-35 miles per gallon in the city and is rated in the 40s for highway miles.

Emich Volkswagen is hosting an event for 303Fem on May 30th! Click here to RSVP! Sign up for a test drive the all new Volkswagen Beetle TDI to be granted the 303FEM Emich Experience VIP Package – Pink Drive to the Cure T-Shirt + VIP only Gift Bag($350 value).