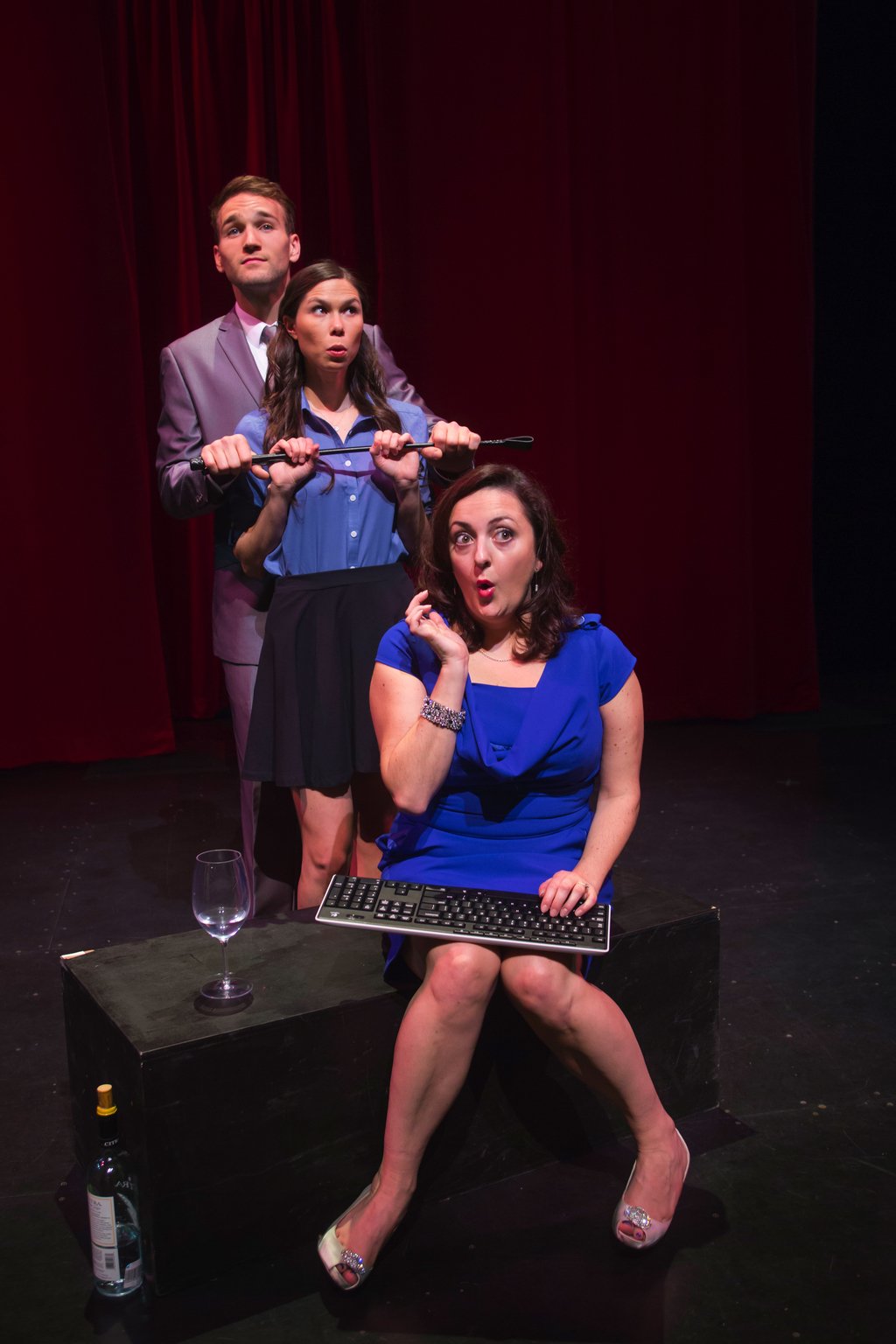 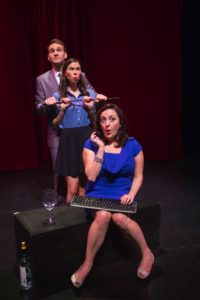 The novels exploded, with word-of-mouth alone traveling so fast, even those not into the romance section, Fabio-style reads jumped on the book-wagon. And America is the place to splurge: when the consumers can’t get enough of a good thing, our gluttonous nation continues to please. In this case, with SPANK! The Fifty Shades Parody, a musical comedy that’s much less a musical and much more innuendo-filled humor.

The three-person cast makes up for the lack of other semi-relevant characters, with the narrator filling in the gaps for such supporting roles as Anastasia’s (better known in the play as Natasha’s) roommate Kate, her guy friend Jose, and other, less pertinent, roles (restaurant waiters and such).

The narrator herself takes the role of a middle-aged woman, writing a steamy novel during a weekend away from her husband and kids. And that’s exactly the demographic this play attracts: with barely any testosterone in the audience, Paramount Theatre was overtaken by groups of women, mainly with their girlfriends, ready for a girls’ night out, and that’s exactly what they got. The gasps and approving screams that the lead male character (Christian, named Hugh in the parody) received when he shed his shirt on stage were equivalent to what one would hear at a Chippendales show in Vegas, and this was all for one dude, not dancing on stage. 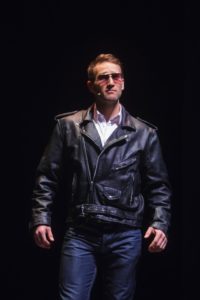 The parody referenced not only the books but also films like Twilight, and song lyrics rewritten to such tunes as “Hero” by Enrique Iglesias:

“I can be your master, baby,

I can give you all your pain,

I will paddle you forever…”

The parody attempted to draw in a larger audience demographic, but its greatest success really captured those same women who lusted after Christian Gray, flipping the pages of the book while drinking their Chardonnay on a lonely night, no longer waiting for their husbands, who were away on business.

Beware if your seats are close to the stage; audience interaction is impromptu and hilariously inappropriate.