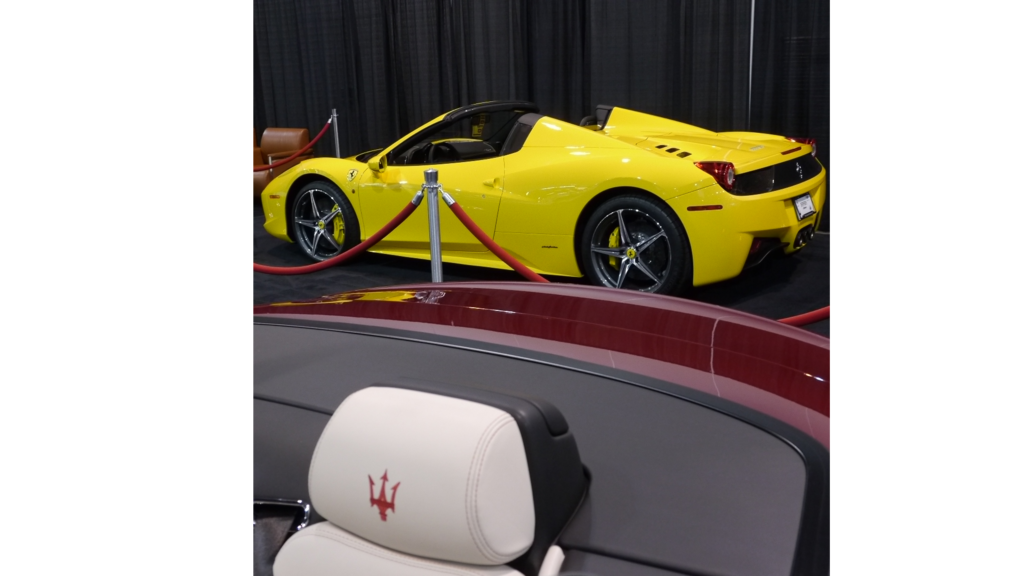 It’s always fun to get the latest look into industry designs whether it’s coming from the eco-friendly world or the high-performance luxury world. Automakers giving previews into their 2014 models included:

A taste of the outdoors was brought inside with Camp Jeep’s indoor driving course, giving folks a chance to get down on Jeep’s trail-rated performance without getting dirty. Safe and controlled five-minute rides were conducted by professional drivers in a sectioned-off area to showcase off-road capabilities of the Grand Cherokee, Wrangler Rubicon and Wrangler Unlimited. Steve Lorton, the Track Manager who tours with Camp Jeep says the display is understandably a popular one in the Colorado market. Lorton explains that the five disciplines that make Jeep a trail-rated vehicle include maneuverability, stability, traction, ground clearance and articulation. “The sixth one is water fording, but we don’t do water fording on the indoor show”, Lorton says. Good call. The articulation display had the vehicles beautifully balanced on three tires while creeping off the incline, while the traction ramp demonstrated Jeep’s vertical climb and descent abilities on a 14-foot high, 35-degree hill climb.