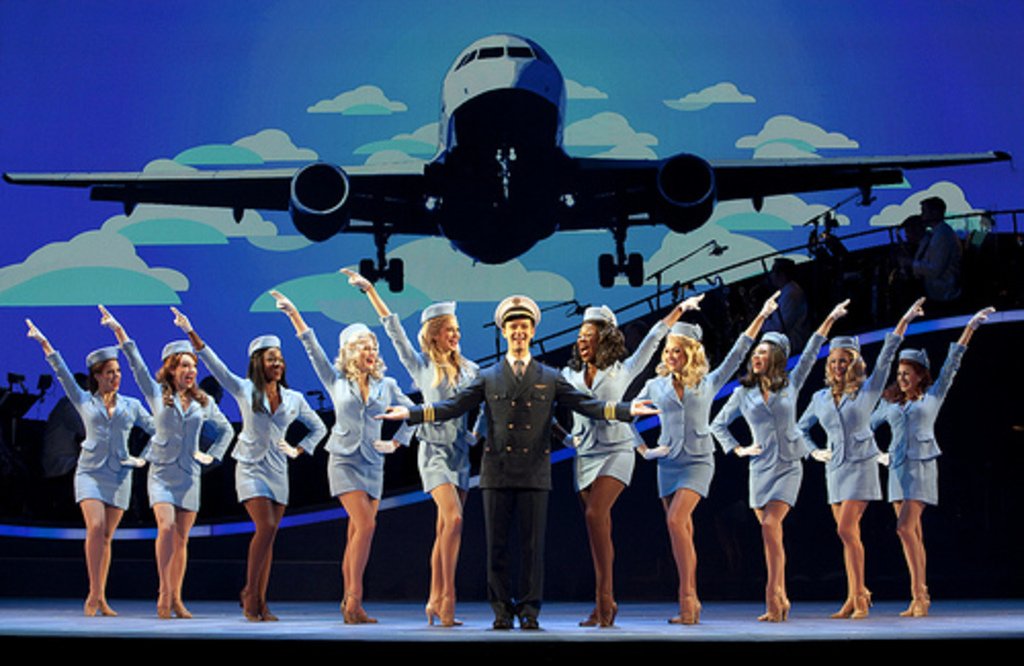 HindSight: Catch Me If You Can 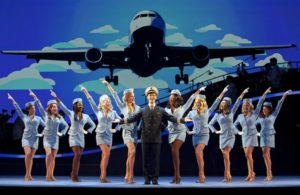 The fascinating story of Frank Abagnale, Jr., makes waves again; this time, for its performance factor. Based on the 2002 film and on the fascinating true story, Catch Me If You Can steps off the big screen and onto a big stage here at our very own Buell Theatre. And for those of you uncertain if it’s worth seeing on the stage (you’ve seen the movie, after all), this musical is a must-see.

Taking all the humor of the film, along with the captivating story line and fascinating characters, and adding a charming soundtrack with some mighty sexy dancing, the show’s fast-paced plot keeps the audience fully enthralled from the initial announcement to the very last performance. The show captures all aspects of the now well-known story, adding a colorful tone of the time period to the set and the costumes, and the talent on stage is superb. For those who’ve lived under a rock, the story of Frank Abagnale, Jr., follows a 16-year-old kid on a five-year journey as he lies his way into becoming a millionaire by writing bad checks and passing himself off as a pilot, a doctor, a lawyer – all before he reaches 21. Always on the run, with the FBI on his tail, the lonely kid manages to pull off these stunts time and time again, until he himself feels the need to get caught.

Stephen Anthony was born to play the lead – his charisma is off the charts, and his youthful appearance translates perfectly, not to mention his vocal talents. Merritt David Janes, playing Agent Carl Hanratty, is another worthy mention. The dynamic between the two really has the audience torn, choosing sides: do we want Frank to get away, or do we want to see Carl finally succeed in his quest? And Frank’s love interest, Brenda, played by Aubrey Mae Davis, remains under the radar at first, suddenly surprising the audience with her pipes during her performance of “Fly, Fly Away”.

Truly a spectacular musical, Catch Me If You Can plays The Buell Theare now through March 10th. Get your tickets at denvercenter.org, or, for more information, visit www.CatchMeOnTour.com