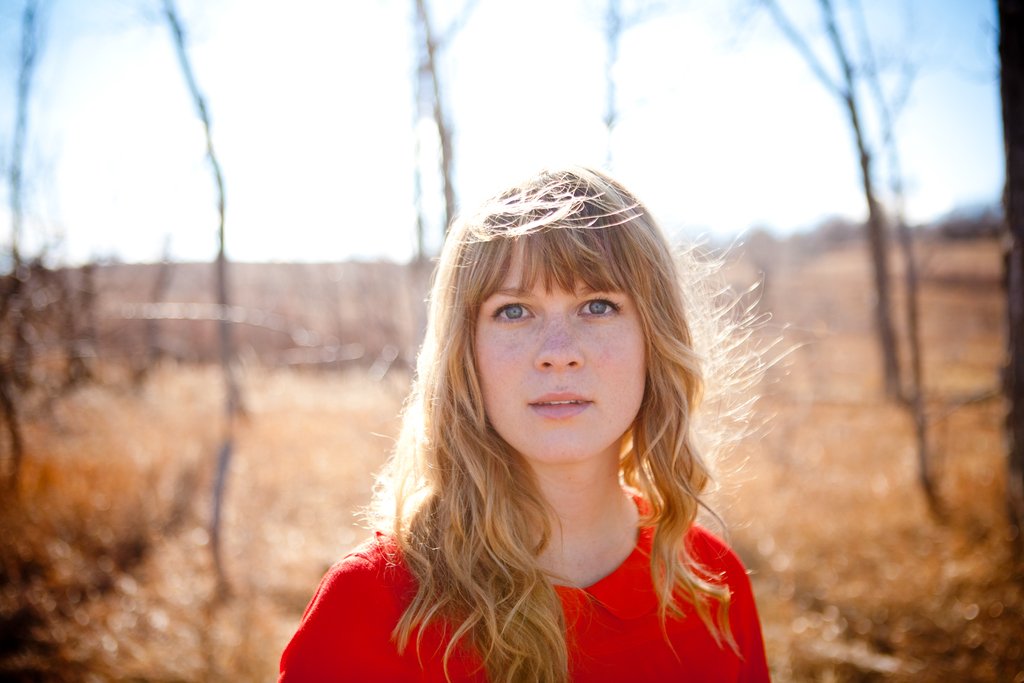 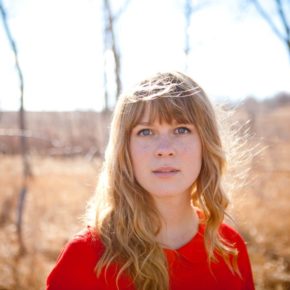 It seems that female singer-songwriters in Denver are either hidden or non-existent. There have been some great lady vocalists in the past, like Katie Herzig, who’s moved on to Nashville, or Jessica Sonner, who’s since been busy managing Denver band Churchill. But where are Denver’s leading ladies? Enter Holly Lovell.

The 20-year-old charismatic songbird has been busy in the studio writing and recording with some of Denver’s noted musicians, like Ben Wysocki and Dave Welsh from The Fray, and Joe Richmond from Churchill. After about a year of perfecting five songs, Lovell is ready for release – tonight, actually. Along with Dan Craig and Stephanie Dorman. I sat down with Lovell for a quick chat about this year’s journey.

303 Magazine: Are you excited for your CD release show at The Walnut Room?

Holly Lovel: I woke up this morning and kind of had a small freak out.

303: When did you start writing the songs on the EP?

HL: All over 2012. It was pretty much a year full-circle. In February I went to Ben [Wysocki] and I was like, ‘would you want to produce this?’ So he was on board, which was awesome. Then he and Joe Richmond were both on board, so it was me and them pretty much the whole time.

HL: Ben played a lot of the instruments. We did two recording segments, one in July and one in October, because we had to work around Churchill tour dates and The Fray tour dates. I’m just here in Denver like, ‘I’m seriously ready whenever you guys are free.’

HL: It was amazing. I feel like I learned tons during it.

303: Were they a part of the song-writing process?

HL: I wrote one of the songs, “Seaside” back when I lived in Australia when I had first moved there. So I was like maybe 16. It’s an older song for me. Some of the other songs are recent and then one of the songs, “Illusion of Honesty,” I had the bones of it and Ben and I kind of put it together on the last day of studio. I was like, ‘I really want to have 5 songs. Here’s the songs I’m writing, what do you think?’ He was like, ‘let’s move this to here, and move this to the end,’ and we recorded a demo. Then it was just going to be me and my guitar because we didn’t have time for anything else because it was like the last day. But he [Ben Wysocki] and Dave Welsh [The Fray] had a jam session on it, so it became a lot bigger.

303: Is there a theme within your music?

HL: There’s a theme to the way that I write, but there’s not a theme to the story. The story-telling part of music is my favorite. That’s what drew me to songwriting and everything. It wasn’t like, ‘I like to play the guitar and I hope I can sing some songs.’

HL: I write a lot unintentionally. I started writing a lot about other people’s stories. If someone else goes through something or I’m watching a situation, I for some reason put myself in that person’s shoes and try to write a story from their eyes. I think I do it because I love it when I can listen to a song and it can identify what I’m feeling. I’m not very good at like oh I feel really sad about this because of these reasons. I’m not good at that at all. And I think I like being able to put words to maybe something people don’t know how to put words to.

303: You said you wrote songs while you were in Australia. How long did you live there?

HL: I was in AUS for eight years. My dad is Australian and my mom is American. So I was born here, raised here [in Denver], and then we decided to try our hand at Australian life. It was definitely interesting.

HL: We started off in Sydney and then lived most of the time North of Brisbane in a place called the Sunshine Coast. It’s like the vacation spot that Australians go to. It’s really nice, really beautiful, but the lifestyle is like, ‘let’s just relax, let’s have breakfast on the beach,’ so that’s why I ended up moving here. I moved here almost 2 years ago.

HL: I came here and did a road trip, just because I had a lot of time on my hands, and decided there’s so much more energy here and I was like, I’m doing nothing at all [in Australia], and I knew I wanted to sing. The only venue that was where we lived was the Surf Club, which is the place everyone goes for dinner on a Friday night, so I was like, there’s actually venues in Denver, so I came out and started playing at actual venues. 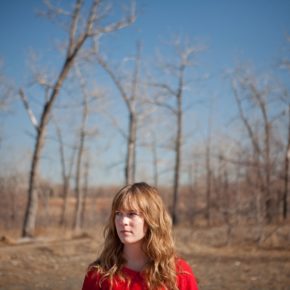 303: Did living the vacationer’s lifestyle influence style of writing?

HL: Some of it is easy going. I think that the way Australia influenced my writing the most was probably because I didn’t have much of the high school experience like a young, falling in love 27 times experience. I went though a lot of emotion and an intense experience, so I felt like I still experienced more than people in my class and stuff, so I started writing to get that out

303: Was that influenced by the move?

HL: Yeah. That’s when I started writing. I always grew up telling my mom I’d be a singer, but I was terrible. I was really bad.

HL: I got given a school assignment six months after we moved there. We were writing poetry and everyone in the class hated it and I loved it. I was like, ‘are you guys kidding me? Poetry is so cool.’ And we got given an assignment where we have to write 12 poems based on subject so everyone in the class was like, ‘these are my 12 poems based on my puppy,’ and I of course went super over dramatic and my project was called “As the aspen leaves fall.” They were all these super dramatic poems about my move. But I think that that’s the first time I realized that  I could write about things and it helped me figure out what things meant to me.

HL: I was listening to a lot of Missy Higgins because she’s an Australian singer-songwriter and I was like, ‘this is awesome.’

HL: That’s what everyone keeps saying, ‘that’s a good start.’ I’m definitely going to start playing around Denver more. Last year I didn’t play many shows because last year I was recording. But this year, I would like to start getting around a little more. Now I can say, ‘I’m a musician, here are my songs.’ Where before I was like, ‘I’m a musician, I swear I am. You just have to wait to see.’

303: There doesn’t seem to be many female musicians in Denver right now. How do you feel about that?

HL: When I first moved here, I was like, there’s a lot of bands. But there weren’t a lot of female singer-songwriters. I think there’s starting to be a few female-fronted things, but I’m excited to fill the spot.