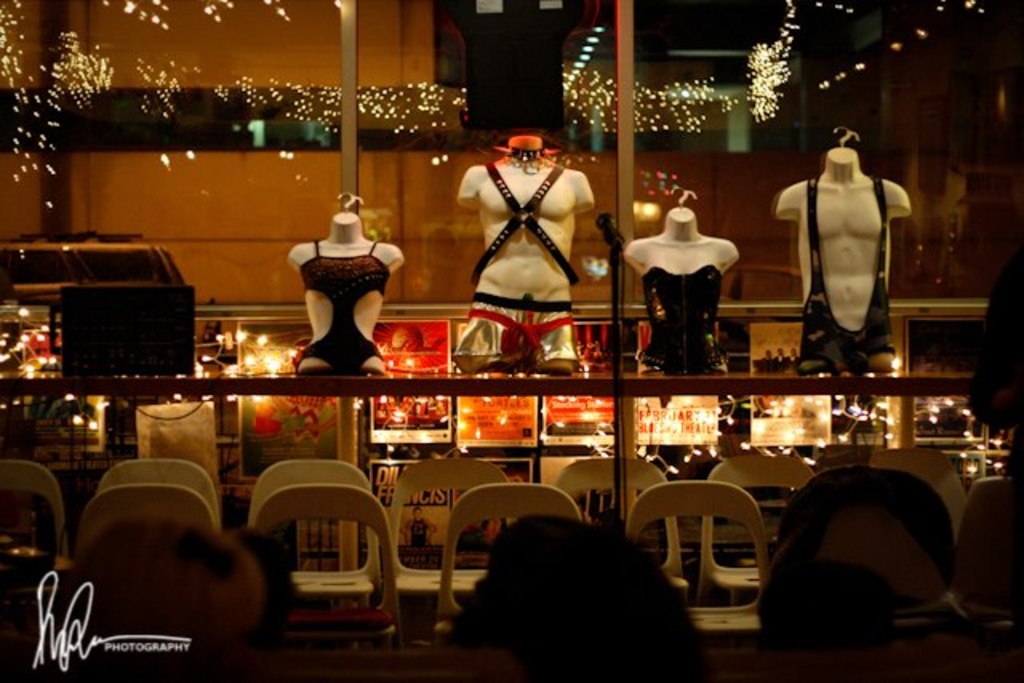 Hump Days: You Can Do It But Can You Spell It? 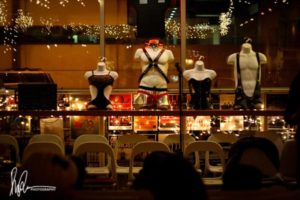 Competing in spelling bees as a child may have been challenging, fun, and educational, but ‘titillating’ is certainly not an adjective I would have used to describe the experience.  I gained an entirely new perspective on this age old competition this past Saturday when I participated in the XXX-Rated Spelling Bee coordinated by Gina Kremer, and sponsored by The Crypt, at the Rooster & Moon Coffee Pub in downtown Denver. I was thrilled when asked to be a contestant, but as a former spelling bee geek, and a sex writer, it was also a bit nerve-wracking. How embarrassing it would be if I were eliminated in the first round. After all, we have spell-check now, and I’m not exactly writing a medical journal here. And although my ex-husband used to scold me for cussing like a trucker, I knew the standard ‘dirty’ words, being mostly four-letter words that any second-grader could spell, would not be a part of this. So I diligently began reviewing all the ‘philias’, ‘isms’,  ‘manias’ and any other Latin sexual terms I could find, in preparation. 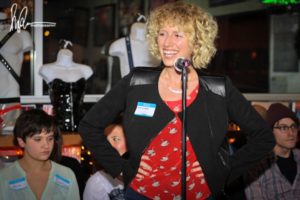 The XXX-Rated Spelling Bee was the brainchild of Gina Kremer, a current Denver resident who relocated here from the ‘Windy City’. Miss Kremer previously hosted a similar event a few years ago in Chicago, to launch a dating blog she had created at the time called ‘lustandbust’.  The event was a great success, so she approached Jason (Bird) Calloway, one of the owners of her favorite coffee shop/bar in town, which she describes as her own version of ‘Cheers’, with the idea. Calloway, who, with his partners, opened the Rooster & Moon in late 2009, was very open to hosting the competition. After all, the goal of this establishment was to be a ‘public house in the traditional sense, creating a community forum offering coffee, teas, libations and creative foods as an invitation to discussion and revolutionary ideas’. I can vouch that the sexy spelling bee certainly accomplished their mission in regard to offering a community forum in which to encourage discussion, and at the same time, was a revolutionary idea. As one who is dedicated to encouraging open-minded discussions of human sexuality, this event was right up my alley.

The sexy event definitely packed the house on Saturday evening. Even though I had the impression that many of the participants and audience consisted of the coffee pub’s regular clientele, I immediately felt at home. To get the party started, everyone who walked through the door was asked to share their favorite sex position on a name tag. Doing so entitled you to a free Guinness Black, and provided a great ice-breaker. There was a drink special of the evening called the Cherry Popper, and the food special was Pink (shrimp) Tacos  – very clever. 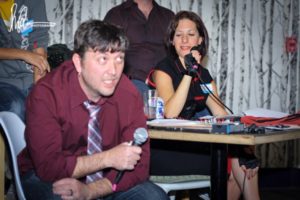 Kremer and Calloway made a brilliant team as the hosts and pronouncers with their quick wit and sexy humor. In the first round, each contestant was asked to come to the microphone, introduce themselves, and announce their favorite coital position before receiving their first word. I must admit that even though I firmly believe that variety is the spice of life, I’m not into ‘labels’.  Thus, many of these terms were foreign to me, as they were to some of the audience. As a result, some of the positions were explicitly described and in some cases demonstrated (sans nudity, of course).  Some of the favorites and not so uncommon: reverse cowgirl, missionary, doggy-style, and sporking. Some of the more adventurous terms or maybe just positions we’ve tried but didn’t know what they were called, were:

Some of these were actually Kama Sutra positions and some seemed to be designed for gymnasts, but no doubt others had been made up by some bored individuals trying to amuse themselves and their friends.  Nonetheless, it was entertaining and educational. 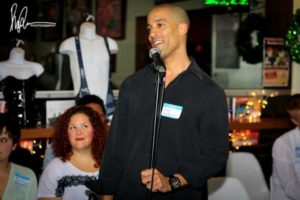 The spelling bee went three rounds, and got harder (pun intended) with each round or we may have been there all night. We started with words like areola, libido, trouser trouting, and choad (I had no idea this was a term for a short, chubby penis), and moved on to more challenging words like cockophony, fustache, and vaginismus in the second round. Ms. Kremer played her part well as the stern spelling mistress, commanding each contestant who misspelled a word to bend over and take their punishment before leaving the stage. Each contestant who failed had the option of being flogged with a leather whip, spanked with a paddle, or swatted with a riding crop.  Given Kremer’s sexy dominatrix–like appeal, one had to wonder if some of the contestants were intentionally misspelling words to partake in the good-humored public flogging. In the third round, Kremer and Calloway knocked out a few more contenders with terms like Grafenburg Spot (yep, that’s where the g-spot got its name), bukkake (who knew there was a technical term for ‘the facial’ in a porno?), and amomaxia (most of us have done this in the backseat of a car). Amatripsis is the one that tripped me up by only one letter. With just a few contestants remaining and vying for prizes as second, third, and first place winners, there was a standoff round. The final words to determine the 1st place winner were asphyxiophilia and bestiality. Then finally a tie-breaker of speed spell round of the word douche declared Angelina Ramos the champion of the XXX-Rated Spelling Bee. 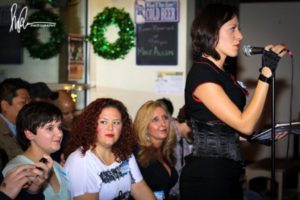 On the breaks between rounds, I overheard and got into some very interesting and explicit conversations with people I’d never met before, about all things relating to sex. It was refreshing to be surrounded by one’s tribe – a group of sexually aware and open-minded adults. The spelling bee was a crowd-participation sport that got people to open up, kept them laughing, and simultaneously provided an education. What a great way to break through taboos and open the door to healthy and fun conversations about sex. And as I always say, a little intellectual foreplay can go a long way. Kudos to Gina Kremer and Jason (Bird) Calloway for making this happen.  They left the crowd wanting more, and with any luck we will see this event becoming a regular social gathering at the Rooster and Moon.