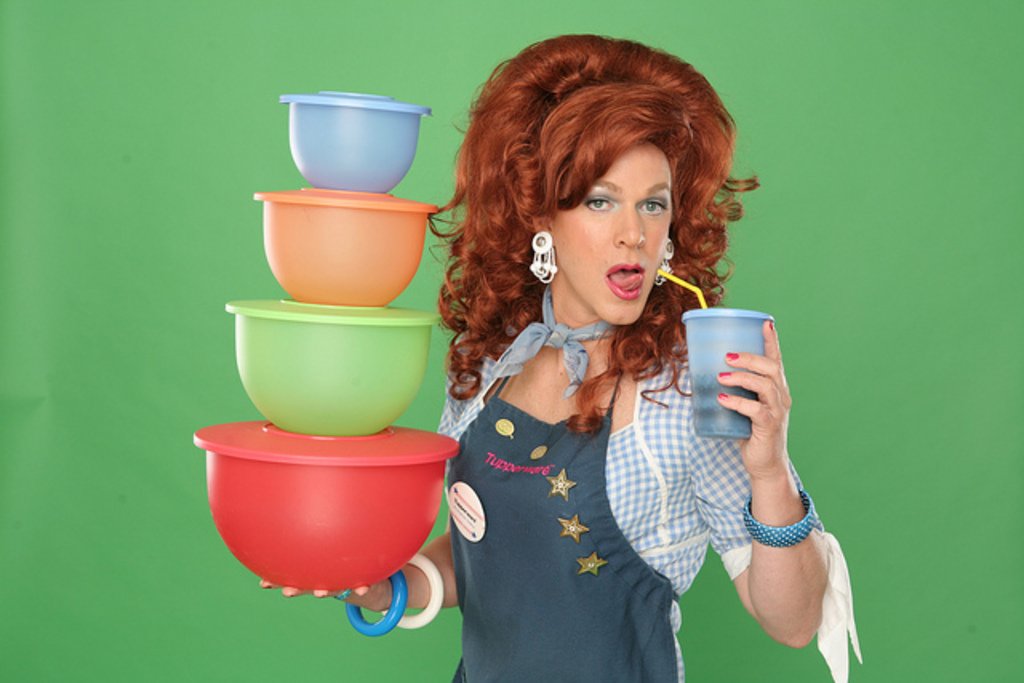 “Dixie’s…” is NOT just about bowls…

Dixie Longate loves booze, sex and definitely Tupperware. As an ex-con from Alabama, Dixie realized she could make a living selling Tupperware and that by doing so she could inspire people as well. Fast-forward, and we are sitting inside the Garner Galleria Theatre, with pens and catalogues in hand, enjoying cocktails and raffles in the middle of this genuine Tupperware party — thank you Dixie and most importantly, Brownie Wise. 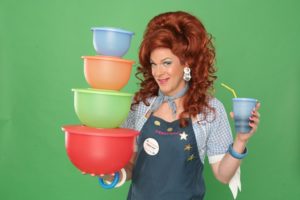 Dixie began hosting parties to make a living. After a little more development and fine tuning Dixie is able to sell quite the load of Tupperware, although, she still hasn’t quite reached the pinnacle of Tupperware sales. How do we know that? Because, the top seller receives a beautiful diamond necklace and once you meet Dixie you’d know right away if she’d sold enough to win that prize. 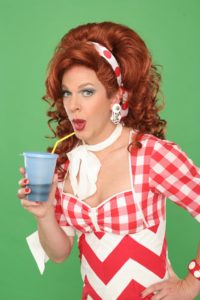 The show is packed full of audience participation, and Dixie kicks it up a notch. There were more than a few people averting their eyes from Dixie’s gaze. But in a seriousness, from the couches nestled on stage, to the raffles and Q&A session that occur throughout there’s no way you can find yourself doozing off or day dreaming about the list of things you need to get done. There’s simply no time for it, you’ll be too busy laughing, singing, drinking (from your air tight sippy cups) and praying Dixie doesn’t call you out to do anything else.

A Denver Gallery Re-Opens With a “Six Feet Apart” Exhibition