Since 1897, Colorado has had a long standing tradition of terrific film and television production. In 1902, there was a silent short called “Fun In The Glenwood Springs Pool.” In the 50s and 60s, great Westerns like The Maverick Queen (1956), Cat Ballou (1965), Stagecoach (1966), True Grit (1969), and Butch Cassidy & The Sundance Kid (1969) were filmed locally. And in the Viacom days, terrific television series like “Perry Mason” and “Father Dowling.”

In total, nearly 400 movies have been filmed in Colorado over the last 100 years. And with a new set of filmmaker incentives approved by the Colorado state legislature (July 2012), you can expect that tradition to heat up even more.

It’s a tradition that includes many recognizable faces and award winning filmmakers like Donna Dewey (A Story of Healing), Louis Psihoyos (The Cove), and Gary Magness and Sarah Siegel-Magness (Precious: Based on the Novel ‘Push’ by Sapphire). It includes Dave Grusin, who composed many Grammy and Academy award winning scores – most notably, On Golden Pond, The Milagro Beanfield War, and The Fabulous Baker Boys. 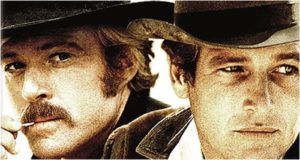 And just this year, Denver based filmmaker Daniel Junge, who was previously nominated for The Last Campaign of Governor Booth Gardner, shared the Oscar for Best Documentary Short with director, Sharmeen Obaid-Chinoy (photo below), for Saving Face.

The film, along with several others produced by the Colorado storytellers at Milkhaus, is screening this week at the 35th Annual Starz Denver Film Festival (SDFF).

Saving Face – Follows a London-based Pakistani plastic surgeon, Dr. Mohammed Jawad, and his attempts to perform reconstructive surgery on several women, survivors of recent acid attacks in Pakistan. At the heart of the film is a probe into the cultural inequalities between men and women in Pakistan, the cruelty of the act itself that often goes unreported, and the efforts to pass legislation and bring the perpetrators of such violence to justice. This is an eye opening, important film about courageous women fighting for fundamental human rights.

Bay of All Saints – A heart wrenching documentary about three single mothers attempting to survive and raise their children in the water slums of Bahia, Brazil. Promised new housing inland by the State’s urban development project, the women hold out hope for years until conditions deteriorate dramatically, the prospects of a better life diminish, and they are pushed toward activism. Directed by Annie Eastman, the film examines the politics of poverty, the everyday struggles of humanity, and the kinship and resiliency of a community against all odds. 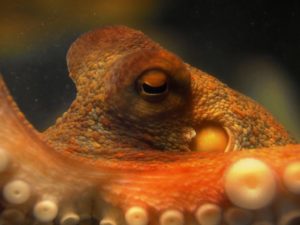 The Life and Times of Paul the Psychic Octopus – If you accurately predict one World Cup soccer match, it might be considered an educated guess. But if you accurately predict eight in a row, you might be a real prognosticator. Even if you are an octopus! In much the same way as The People vs. George Lucas explored social phenomenon and fanaticism, Alexandre O. Philippe uses the popular cephalopod who gained popular notoriety in 2010, to examine celebrity culture, probability theory, and the history of the oracle. Humorously told with the help of animation and interviews with fans, psychics, and statisticians.

Also, don’t forget all the local shorts presented together as part of Dark Days: Colorado Shorts on Sunday, November 11th at 2 p.m. at the Denver Pavilions. This terrific set includes a second chance on the streets of Denver (Anything Helps), a writer in search of the perfect opening line (Meta-Romantic), and the struggles of a radio star in the age of television (Twombley).

Bay of All Saints – Trailer

The Life and Times of Paul the Psychic Octopus – Trailer