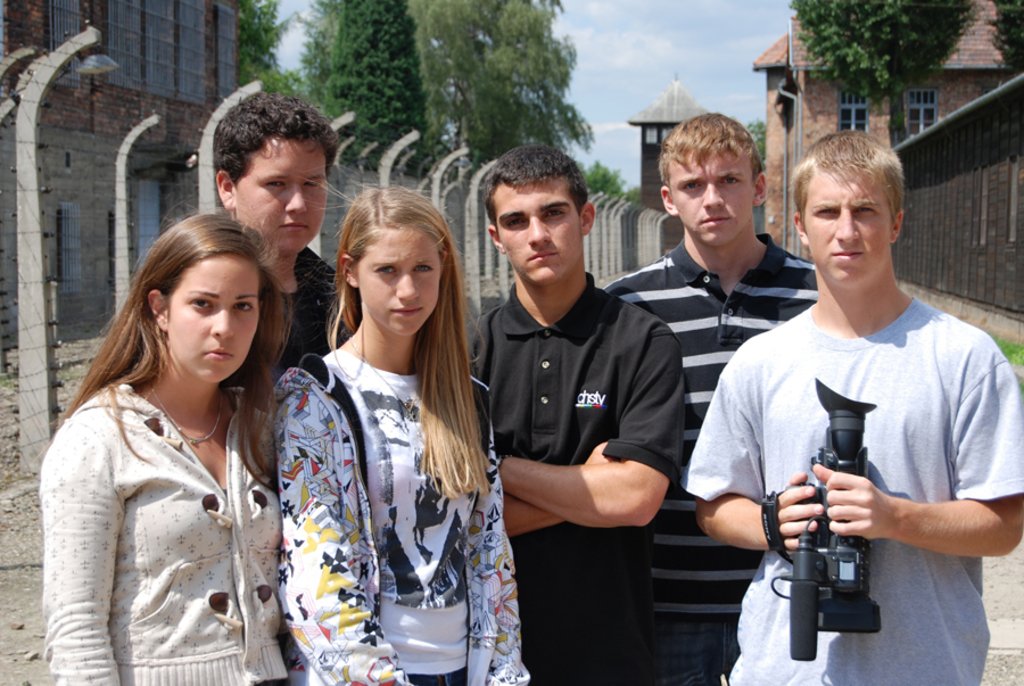 Never Forgotten: We Must Remember

The Denver Film Society has partnered with the Mizel Museum for a screening of We Must Remember tonight, Oct. 18, at 7pm at the Denver Film Center on Colfax as part of the Miryam Brand Holocaust Education Film Project.

Directed and produced by teacher/journalist Douglas Green and sixteen broadcast students from Carlsbad High School in California, this groundbreaking documentary follows the students as they travel to Europe to visit historic Nazi concentration camps and interview American veterans and German teens about the Holocaust.

Tonight’s screening will be introduced by Green and two of the students from Carlsbad High School. Afterwards, they will join a panel alongside local Holocaust survivors for a discussion about their experiences and the impact it had on their perception of language and relationships.

This will be one of the film’s few screenings available to non-students. Regardless of the extent of your knowledge of this historic tragedy, the different perspectives explored in the film will prove beneficial to any viewer and there’s no doubt the dialogue following the film will be both inspirational and enlightening.

Since its debut in Los Angeles in February of 2009, We Must Remember has won numerous awards at film festivals all over the world and is already heralded as an innovative and efficient tool for educators introducing the Holocaust to their students.

Green also serves as the president of the Student Television Network, a youth program that embraces the educational components of broadcast journalism, video production, and filmmaking by networking students and teachers with media professionals. His experience transcends well into the classroom and is evidenced by the impact and success of his students’ film.

The screening is a part of the Denver Film Society’s ongoing DocNight program which brings director and audience together to dissect the discoveries made by documentaries and the controversies they often unravel. It is an ode to the documentary genre’s evolution from strictly educational films to an engaged and compelling art form.

Given the recent turmoil of religious intolerance seen all over the world – in Europe, the Middle East, and even here in the United States – We Must Remember offers a fresh perspective on how students (and adults) can learn from history.