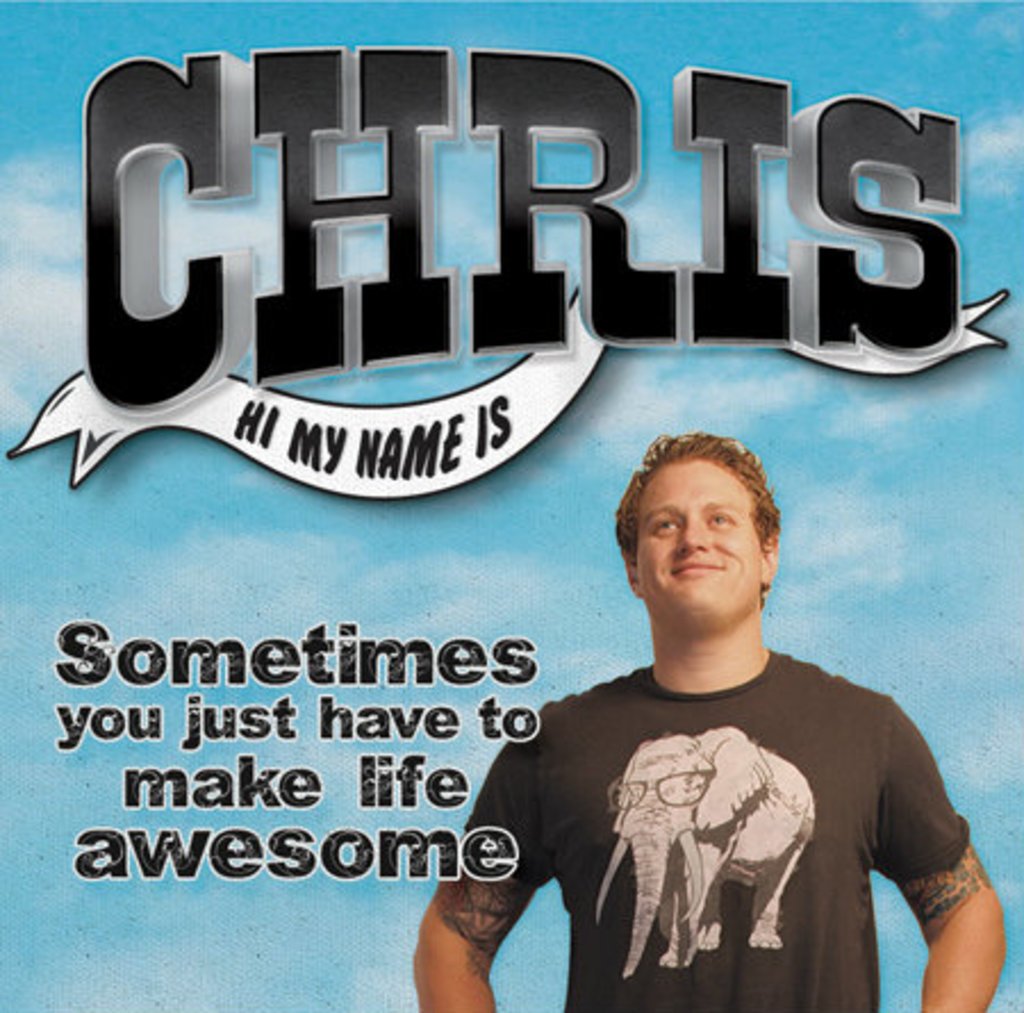 Chris Miller is about to play king in the castle. Whereas Borat ordered invisible subjects around from a hotel room chair, though, Miller will have hundreds, if not thousands of actual, visible Halloween revelers at his command. The Denver comedian is set to emcee Thornton’s Castle-esque DoubleTree Hilton—one of three venues under Collective 360’s Coloween umbrella—this Saturday October 27. 303 recently caught up with Miller on the inter-webs about going Commando, Rita Rudner and husband and wife costume collaboration.

When I portrayed Arnold Shwarzenegger’s character from Commando. In case your readers forgot this timeless classic, Arnold plays a retired Elite Black Ops commando. His daughter, played by Alyssa Milano, is kidnapped and Arnold snaps into action—killing everyone he comes into contact with. It may be the greatest action flick of all time. I digress. My mother, in her infinite wisdom not only allowed me to be Commando for Halloween, she purchased the costume for me. I was five, and money wasn’t exactly rolling in yet, so my mom stepped up to the plate. Thanks mom. That night, due to my excitement, I covered six miles of terrain looking for bad guys, shooting goblins, and nerdy kids, and collecting as much candy as I could get my fat hands on. Due to poor planning and fat legs, I developed a nasty case of chap ass. Chap ass is when you walk for too long and your inner thighs and butt cheeks rub themselves raw. It is terribly painful and uncomfortable. The pain became so unbearable by the end of the night, that it became hard to walk. I kept telling my self to push on, what would Arnold do? I couldn’t give up and let all the other kids see that I was soft. Finally after I could not bear the pain any longer I sat on a curb, and began to cry, ’cause that’s what five year olds do. And yes, I was trick or treating by myself. I weighed 160 pounds when I was five, so my mother wasn’t worried about me. After a few hours of crying, and when I was out of candy, I mustered the courage to knock on the door of the house nearest to me. I told the lady of the house my dilemma, and she took pity on me and drove me home.

Costumes you donned as a kid?

Commando, He-Man and definitely a vampire one year. I don’t remember many of them to be honest. I was so big when I was a kid we had trouble finding things that fit. My parents would just use one of their king-sized sheets, and I would be a ghost most years. Now I know why all the kids were laughing.

I told the organizers if they didn’t choose me, I would spread rumors about them on the internet. When this scare tactic didn’t achieve its desired effect, I beat one of them to a bloody pulp. After I got out of jail, I apologized and gave them all free tickets to the Chris Miller Show–a comedy show I produce and emcee. They liked my stage presence enough that they offered me a job emceeing Colorado’s largest, coolest, hippest, nicest, scariest, and awesomist Halloween event out of pity.

How does one go about preparing to emcee a drunken costume party?

You don’t prepare. You just let your training take over.

Halloween was confusing. All my life my parents said, “Never take candy from strangers.” And then they dressed me up and said, “Go beg for it.” I didn’t know what to do. I’d knock on people’s doors and go, “Trick or treat . . . no thank you.” – Rita Rudner.

I have seen some good ones over the years. I like the ones people put some time and thought into, and you can tell take time to create. I saw one once, where a guy and a wife did a combo costume. She looked as if she was giving birth–laying on a table legs spread–and her husband looked like he was coming out of her vagina. It was awesome.

Any clues as to your disguise?

I don’t even have a costume yet