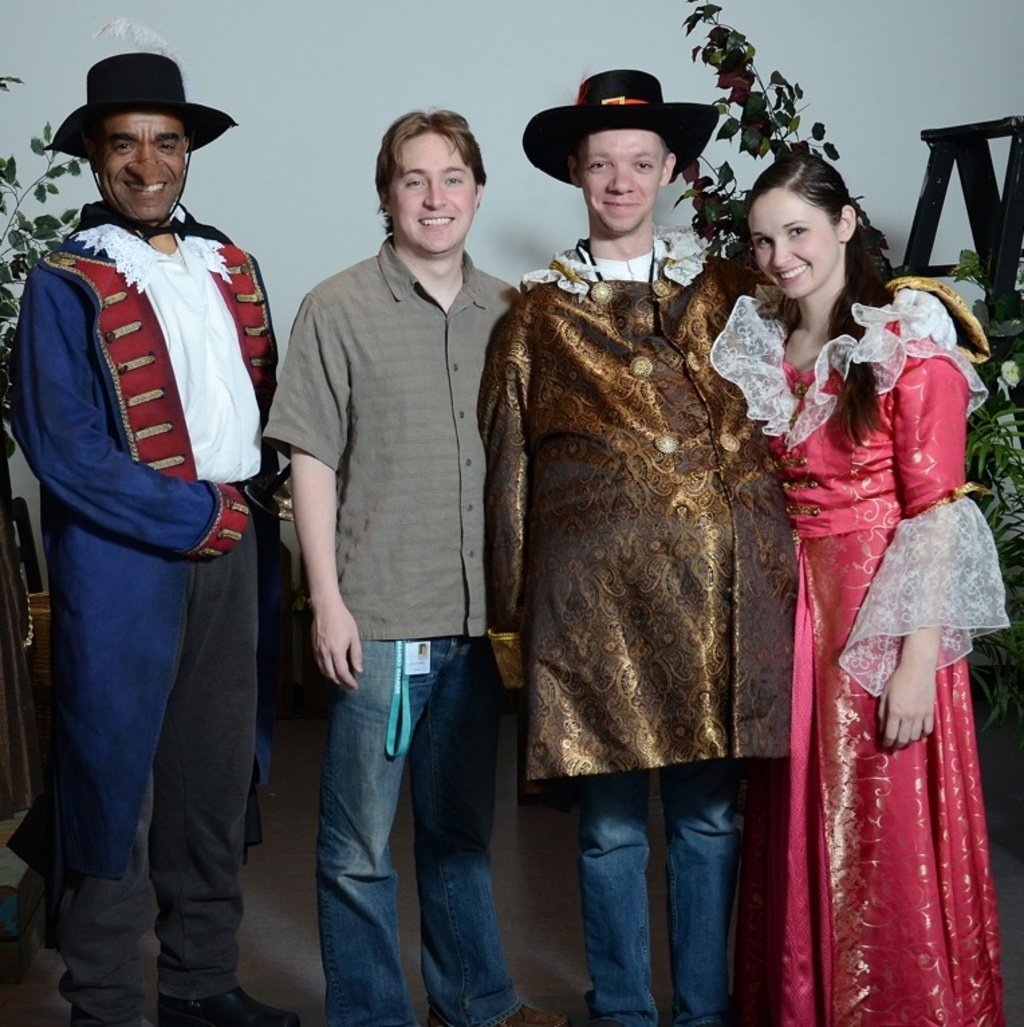 I have big eyes. The thing is, I had never thought much about them (or my looks in general) until I entered middle school. That’s when the terror began. Suddenly, some of my peers started calling me “frog eyes,” “raccoon eyes,” and my personal favorite, “googly eyes.” I remember coming home from school in tears unable to understand why I was being made fun of for something that I couldn’t control.

While my adolescent wounds have since healed, I can’t help but think of the kids today who endure the same senseless bullying that I experienced on a daily basis. Who is there to tell them that being different isn’t a bad thing? Phamaly (formerly known as the Physically Handicapped Actors & Musical Artists League) Theatre Company’s production of Cyrano de Bergerac offers hope. Designed for outreach educational purposes for middle schoolers (though applicable to any age,) the play reminds us that appearances aren’t everything. 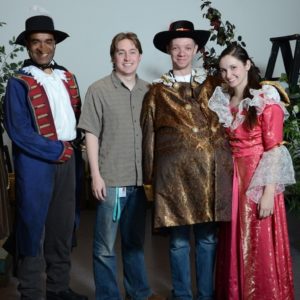 Written by Joe Roets and directed by Bryce Alexander, Cyrano de Bergerac (set in 17th century Paris) tells the story of Cyrano (Leonard E. Barrett, Jr.,) a member of the Parisian army, who falls in love with his longtime friend Roxanne (Jenna Bainbridge.) But there’s one thing that holds Cyrano back from telling Roxanne his true feelings: his gigantic nose. So when Roxanne tells him that she is in love with his fellow soldier Christian (Daniel Traylor,) Cyrano feels all the more ashamed by his looks (particularly considering the fact that Christian is quite handsome.)

After promising that he will befriend Christian, Roxanne requests that Cyrano ask Christian to write her a love letter. However, when Cyrano tells this to Christian, he says he doesn’t know what to write to her, as he doesn’t know the language of love. Cyrano, being a master of wordplay, makes a deal with Christian: using Christian’s good looks and Cyrano’s words, they will capture Roxanne’s heart. He then provides Christian with a pre-written letter to give to the brunette beauty.

Once Roxanne receives the letter, she becomes infatuated with “Christian’s” (actually Cyrano’s) words and tells Cyrano to have Christian meet her at her window that night. Cocky with his good looks, Christian says he won’t need Cyrano’s help when he goes to talk to Roxanne. But when the two finally come face to face, the only words the handsome Christian can manage to stutter are “I love you.”

Luckily, Cyrano is there to save the day and after Christian makes his way down from Roxanne’s window, the pair hide behind nearby bushes (so Cyrano’s face is covered) and Cyrano proclaims his (or rather Christian’s) love for Roxanne. Believing the wonderful words she hears to be Christian’s, Roxanne becomes convinced of his undying devotion to her and they wed. However, their honeymoon is cut short when war brings Christian (and Cyrano) to the bloody battlefield. 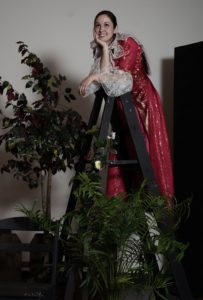 Despite the dangerous circumstances, Cyrano continues to write letters to Roxanne (signing Christian’s name) and crosses enemy lines at night to deliver them. But Christian knows nothing of this until Roxanne arrives at the army’s camp. Claiming that it was his letters that moved her to come, Roxanne says that her feelings for Christian are so strong that she would love him even if he weren’t handsome.

Feeling guilty, Christian tells Cyrano that he should come out and share his true feelings with Roxanne (particularly considering the fact that looks no longer matter to her.) But Cyrano, still embarrassed by large schnoz, remains silent (even after Christian dies in battle.)

Back in Paris, Cyrano asks Roxanne if he can read the last letter that “Christian” sent to her before his death. As he recites it aloud, Roxanne realizes that it was Cyrano all along who had filled her ears with such beautiful words of admiration. But it’s too late: suffering from the wounds that he acquired on the battlefield, Cyrano collapses and dies before he can hear Roxanne tell him that she loves him.

The moral of the story? We cannot judge people based on looks alone. Instead, we must dig deeper in order to learn about a person’s true character, for (as Roxanne says) it is only with the heart (not the eyes) that one can see rightly.