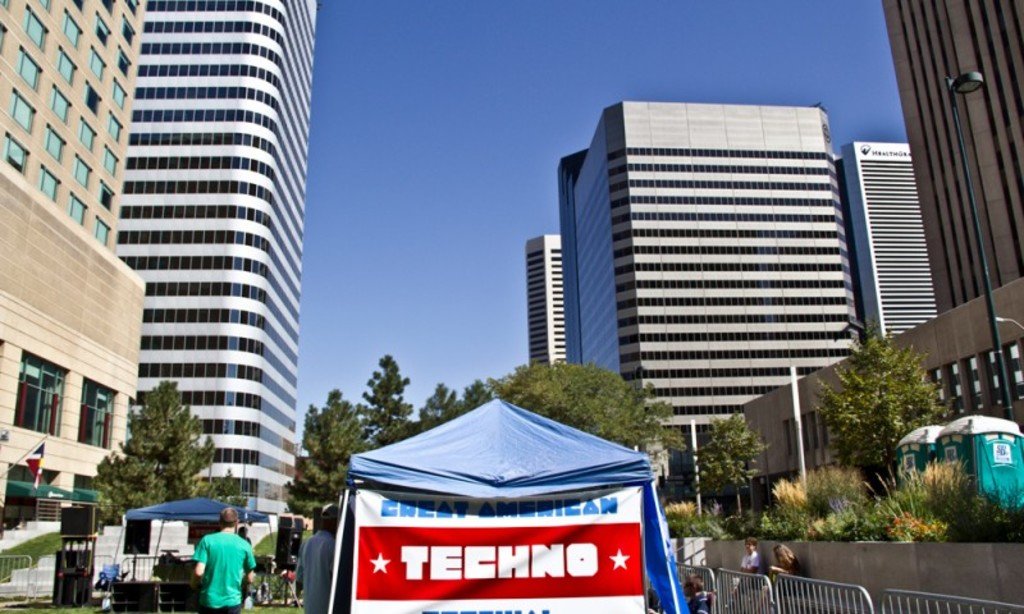 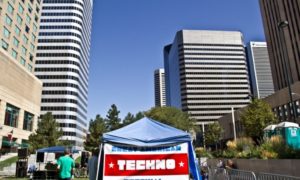 When Eminem famously rapped “Nobody listens to techno,” the word was still generally employed by outsiders as an ignorant/derogatory umbrella term for all electronic dance music. That was before the umbrella genre infiltrated mainstream airwaves. Now that the more user-friendly acronym EDM has replaced “techno” as the catch-all, fans of the sub-genre can listen to their bleeps and beeps in peace—without the threat of an argument over semantics. This weekend’s Great American Techno Festival will see many of them doing exactly that, that is if exposing one’s eardrums to 110 decibel beats qualifies as “peace.” Saturday night’s headliner Kevin Saunderson fittingly hails from techno’s birthplace in the currently dying city of Detroit. Saunderson will also lend his thoughts to a panel discussion on the future of American dance music earlier that afternoon at The Jet Hotel. Technophiles can log onto GATF.us for the full DL. Witness last year’s shenanigans below.