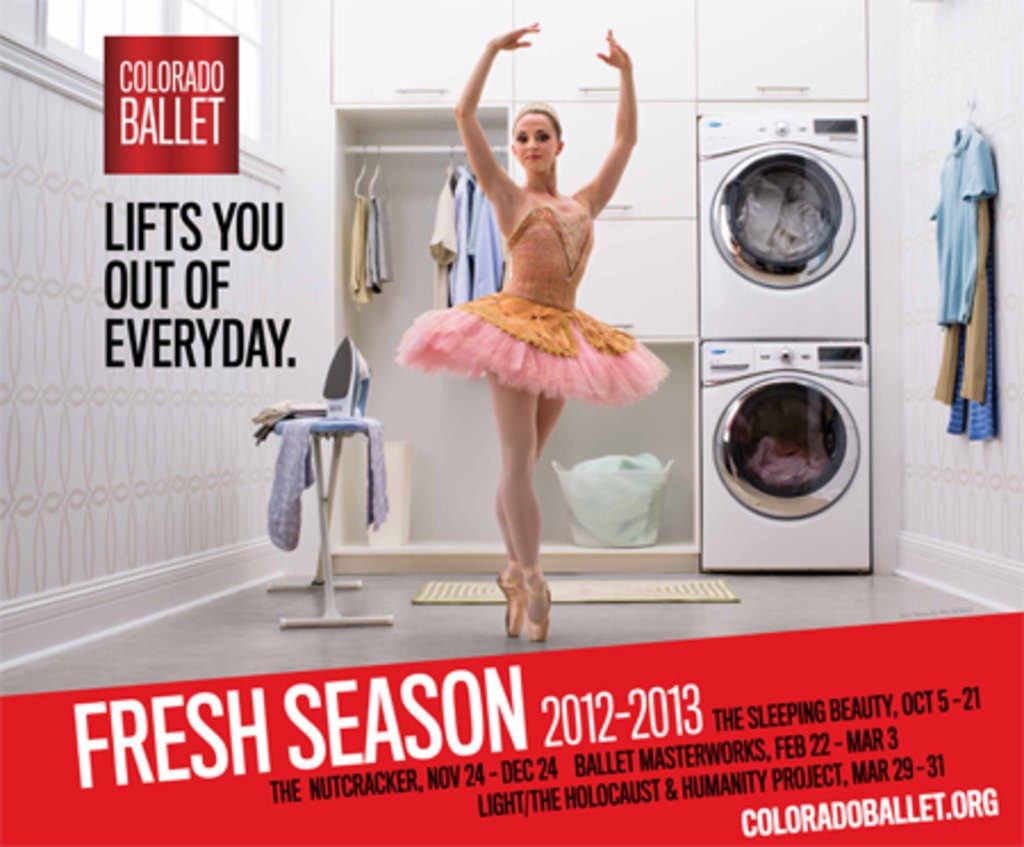 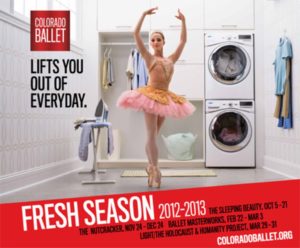 Colorado Ballet’s 2012-2013 season, appropriately marketed as “Lifts you Out of Every Day,” will run the gamut; from quintessential classical pieces to contemporary works by Balanchine, closing the season’s curtain with a tribute to victims of the Holocaust.

The Sleeping Beauty, set to  Tchaikovsky’s recognizable score, kicks off the season at The Ellie on October 5. Running until October 21, this 122 year old ballet sets a magical tone for the Halloween season. With sumptuous costumes and a full cast, The Sleeping Beauty is great for a first time ballet, date night, or as a diversion from the same old Denver bar scene.

The holidays wouldn’t be the same without The Nutcracker – and nobody does it like Colorado Ballet. Every year, I look forward to Clara flying over the Snow Scene in a giant sleigh. It’s a goose bump inducing sight in the middle of a ballet that’s pure magic. Running from November 24 – Christmas Eve, The Nutcracker will be performed during a wide ranging series of evening and matinee performances, all at The Ellie.

Ballet Masterworks will interrupt the dullness of winter; with modern works by the great George Balanchine, the striking Rite of Spring set to Stravinsky’s powerful score, and a new work by San Francisco Ballet’s Val Caniparoli.  Running from February 22 through March 3 at the Ellie, this collection will be the ultimate celebration of choreography in the twenty first century.

With such a collection to choose from in the coming months, Colorado Ballet has managed to create a menu that has appeal for everyone. Check their website for ticket promotions, as well as dates and times for each respective performance. The offer to lift you out of every day is one Denverites shouldn’t refuse.