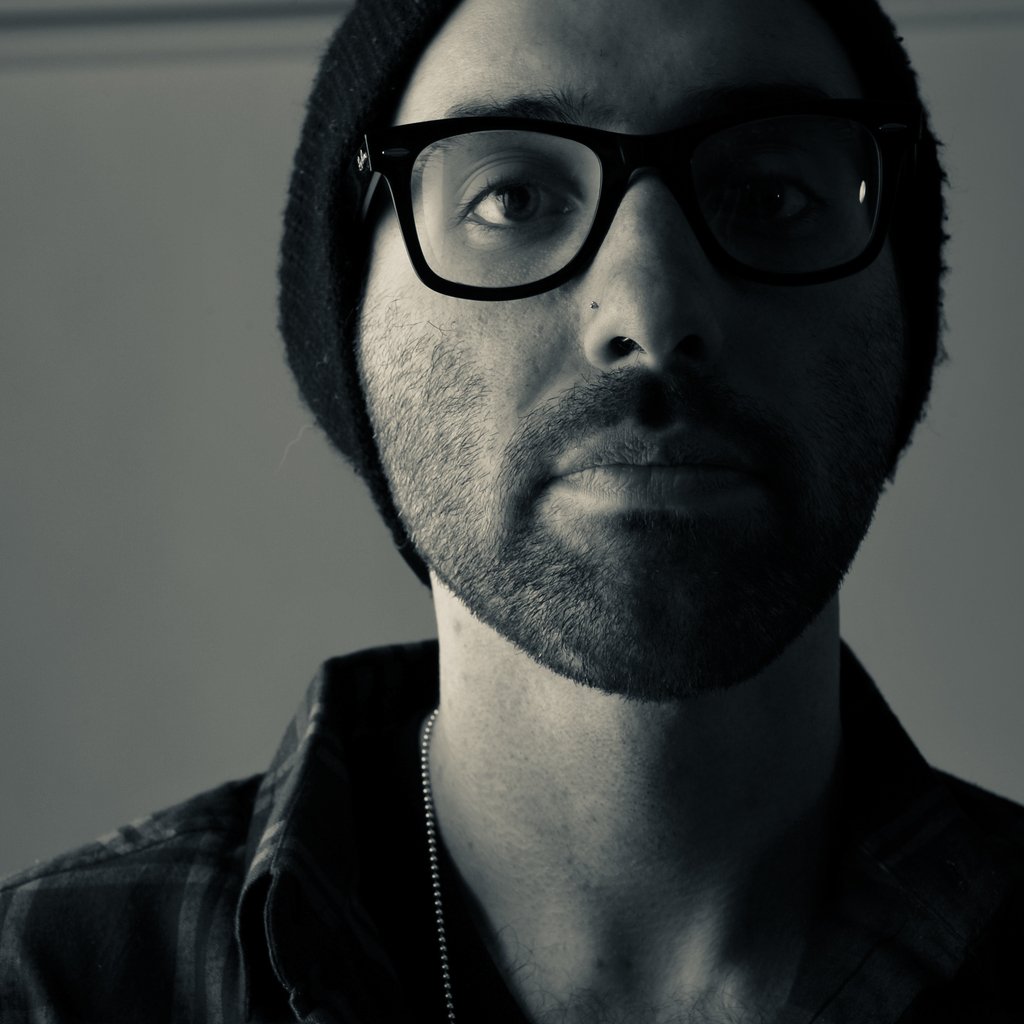 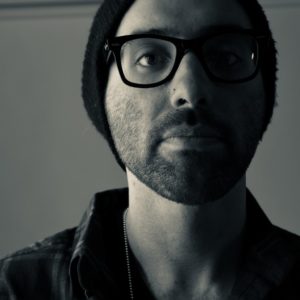 If you are a regular at electronic shows in Denver or Boulder, chances are you’ve seen Alex Botwin aka Paper Diamond watching the stage from the bar, quietly smiling and nodding to friends and fans. But behind Botwin’s calm and friendly exterior is a flurry of ideas and thoughts regarding his numerous projects – an ongoing mental checklist that will never be finished.

Botwin is a musical mogul of sorts. Breaking from Pnuma Trio and his Alex B. project, he now makes music under the moniker Paper Diamond, and is also a mastermind behind the Boulder-based music and lifestyle collective, Elm and Oak. Botwin has taken few breaks over the past several months. From touring the summer music festival circuit and recording new material, to planning his fall tour and launching the Elm and Oak Academy, he’s been going non-stop.

Botwin kicks off his 20-city Night Vision tour tonight at Ogden Theater alongside Crizzly and Protohype. He spoke to 303 Magazine about working with Diplo and Mad Decent, the new Elm and Oak Academy, and the custom-made, one-of-a-kind lighting rig he is debuting tonight.

303 Magazine: You just celebrated your 28th birthday last week. What did you do to celebrate?

Botwin: It was like a birthday week! I felt like I went to one party after another all week. It’s funny because Dominic [Lalli] of Big Gigantic is a close friend of mine and we share the same birthday. So, every year it’s like a series of birthday events. I’m still recuperating. I stayed in all week and I’m just focusing on getting ready for my show at the Ogden [Theater].

You’re only 28 years-old, but you’ve been a touring musician for years. What has it been like spending most of your 20s on the road?

I started college when I was 17 years-old and stopped going to school when I was 19 years-old to play music full-time. My parents cut me off, so I was on my own from the very beginning of my career. I was playing in bands and living in different cities. In 2006, when I was just 22 years-old, I played 226 shows. I’ve learned countless lessons. I’ve pretty much grown up on the road. My body’s clock has changed from being on the road. I sleep five hours a day, every day. My body is trained for this lifestyle. I dig it, and I’m grateful to be doing what I’m doing.

Aside from producing and touring, you run the music and lifestyle collective, Elm and Oak, with Berk Visual (Wallace Gibbs III). When you and Berk first started Elm and Oak, what was your original vision? Did you ever think it would be as multi-faceted as it is now?

Elm and Oak is definitely multi-faceted in that we have a design firm, a record label, a clothing line, and now the Elm and Oak Academy. Our artists, like myself, are touring all over and constantly creating. We’re always growing and adapting and learning and experimenting with new things.

The vision is always changing, but the bottom line is that we’re trying to spread quality music and quality artwork, and inspire other people to pursue their dreams and live a life making art and music if they so choose.

What gave you the idea to start the Elm and Oak Academy at University of Colorado at Boulder? You just had your first session featuring you and Dominic Lalli of Big Gigantic. What was the first session like and what do you have planned for the next sessions?

The first session was awesome. We had over 450 people sign up. We’re the first non-student run group to get funding on University of Colorado at Boulder’s campus, which is pretty dope.

We have a gallery and a design office on Pearl Street in Boulder, so we always intended on having lectures and clinics, to show people how to use Abelton, for instance. As we started to get more involved with CU’s campus and the Boulder community, we thought it was necessary to step it up and create an official program. The Academy has a lot of potential and we’ve been talking about expanding it to other campuses. We have some pretty unique ideas and partners that we’re really excited about.

We’re going to be flying out different inspirational artists, managers, agents, painters and designers. Each session will be a little different. We’re going to have bigger lectures and also smaller events, too. Jeremy [Salken] from Big Gigantic is interested in doing a drum clinic, for instance.

When you aren’t on tour or at Elm and Oak, where do you spend your time in Denver and Boulder?

I like kicking it in Boulder because it’s such a beautiful place. I like going to the Fox [Theater], Beta and all the great food spots, like Linger in Denver and OAK at fourteenth in Boulder.

You were at Bluebird Theater in Denver last weekend for Cherub’s show. What is it like watching Elm and Oak artists rise to the top? Cherub always mentions how grateful they are to have worked with Elm and Oak so early in their career.

When I met Cherub, they already had a record done. I heard their music and I really liked what they were doing and thought their sound was dope.

Even though I’m no longer managing them, we still have their first two albums on our label, so we’ll always have that great music and we’ll always be supportive. It’s just the beginning for those guys and groups like Two Fresh, and even myself. Everyone involved with Elm and Oak is working so hard and big things are on the way. Actually, big things are already happening.

Elm and Oak artists are really helping put Colorado’s music scene on the map. What do you think about the talent and sound coming out of Colorado?

Colorado’s music scene, as a whole, is pretty much killing it. Pretty Lights, Big Gigantic, myself…there are a lot of people coming out of here who are going to put Colorado on the map in a different way. I’m playing all over the world and getting to expose our sound to new ears. We’re really trying to do something positive for the scene and community with the music and the art we’re putting out.

You released your newest EP, Wavesight, on Mad Decent. What has it been like putting out music under Mad Decent as opposed to Pretty Lights Music or Elm and Oak?

It’s really cool putting out material on Pretty Lights Music, Mad Decent and Elm and Oak because it gives me the freedom to put out the kind of music I want. Derrick [Vincent Smith aka Pretty Lights] has a very distinct, cohesive sound on his label, and not all of my material fit.

Releasing on Mad Decent has been awesome. I’m working on a record and I’m hoping to release it in a month. I just decided over the last couple of days that I think I’m ready to put it together. I’m also working on another album to release under Elm and Oak. I’ve been collaborating with a lot of dope people like Chad Hugo from The Neptunes and N.E.R.D. I just worked with him in the studio for three days in LA.

How did you meet Diplo and get initiated into the Mad Decent family?

I initially met Diplo at Global Dance Festival last year. We were hanging out backstage and I spilled a drink on his shirt. He was swinging a towel around at everyone, yelling about how his t-shirt was ruined and I remember thinking, “This dude is crazy” [laughs].

After that, I kept seeing him everywhere. When you’re on the touring circuit, you see the same faces all the time. We started kicking it and when I finished an eight-song record called Paragon, I sent it to him. I was still doing stuff with Pretty Lights, but I had a couple of songs that were a little different [from the PLM sound].

Diplo hit me up the next day and said he loved the new record and wanted to put a few tracks out on Mad Decent. He was with Snoop Dogg in Jamaica and we met up when they flew to SnowBall Music Festival the next day and took it from there. He put me on the Mad Decent Block Party in LA and I got to work out of Diplo’s studio for a few days. It’s been really dope and he’s been really supportive.

There’s been a lot of buzz about your new lighting rig. What kind of planning went into its development?

We’re debuting a new light rig that is completely custom-made. We really wanted to do something different with the lighting. A lot of my Paper Diamond stuff has a certain look to it and is illustrated. With various layers it can look animated.

We sat around our big table at Elm and Oak for a few days straight, throwing around ideas, and finally we came up with something that no one else has done before. It’s been a work in progress but I’m so excited to debut it.

What is it about lighting, and electronic music that gets people so excited to see performed live?

Lighting is such an important aspect of a live show these days because combined with the music, it gives people a way to experience art, and it also is an outlet. That can be so beneficial in people’s lives – for them to have an emotional outlet. With electronic music, it’s something that anyone can learn to do, and that’s something I love about it. For me, music is about communication and conversation. The new lights and video are going to be amazing and everyone should definitely come check it out.

Paper Diamond kicks off his Night Vision tour tonight at Ogden Theater with Crizzly and Protohype. Tickets are still available at the box office. Doors open at 8 p.m. Show starts at 9 p.m.