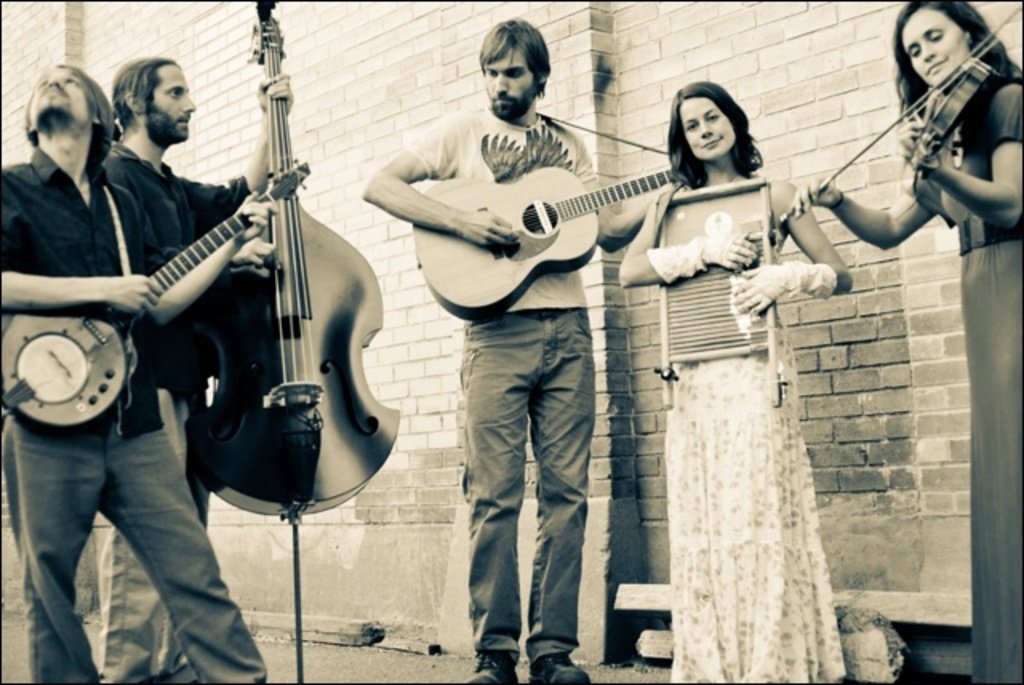 The last time that I had the honor of witnessing New Jersey’s (who’da thought?) Railroad Earth play with Nederland’s Elephant Revival was a few New Years Eves ago at the Ogden. I had never before seen Elephant Revival and was brooding over missing their opening act when my redemption was served hot during the second set: both Greensky Bluegrass and Elephant Revival came out with RRE and played the hidden track, “Donkey For Sale” from “The Good Life” album. The resulting eruption of boot stomping, skirt swayin’, and string pickin’ left my mouth watering for moonshine and my tail a-waggin’. But what really left me the most spellbound at the end of the night was merely getting a glimpse of Elephant Revival’s lead singer, Bonnie, rattling around on that washboard of hers and hypnotizing the crowd with a voice that rings out like a cool steel bell, raw and refined.  It was love at first sight.

And this weekend brings about an opportunity to relive that type of musical alliance that is so genuine and earnest, so full of life.  Railroad Earth and Elephant Revival will both be playing multiple sets this weekend at the Yarmony Grass Festival in Rancho Del Rio and State Bridge, a four-day festival right along the Colorado River from Thursday August 2 through Sunday August 5. The fine print that sets Yarmony Grass aside from other festivals is the colossal collaboration, both premeditated and impromptu. String Cheese Incident is managing to headline without headlining, with several members of the band appearing in various forms of talent. Michael Kang will appear with Poor Man’s Whiskey on Thursday. The Contribution, a band comprised of SCI’s bass player, Keith Moseley, and RRE’s Tim Carbone along with members of Everyone Orchestra and New Monsoon play Friday night. Headman Bill Nershi’s late-night Saturday “joint set” ought to carry on until wee hours of the dawn and Honkytonk Homeslice, another one of Nershi’s side projects with his wife and Moseley, offers up a slightly psychedelic spin on folk rock.  Other noteworthy showcases include Lukas Nelson & the Promise of the Real, Ol’ Danny Barnes on his banjo, and RRE’s Todd Sheaffer playing a few solo sets. The lineup even includes afternoon workshops and a designated break in the music on Sunday for a mandatory cool-down, river float session followed by an Elephant Revival grand finale.

Two, three, and four-day passes are still on sale, ranging in price from $89-$189 respectively. On-site primitive camping is included in the weekend passes, but parking costs a few extra bucks.  Enhanced experiences are available with upgraded tickets that include complimentary happy hour, a festival poster, early entry, and premium camping. And there definitely is no cell service, so tell your friends you’ll find ‘em when they get there. You’ll be the one dancing barefoot in your bathing suit in the front row.