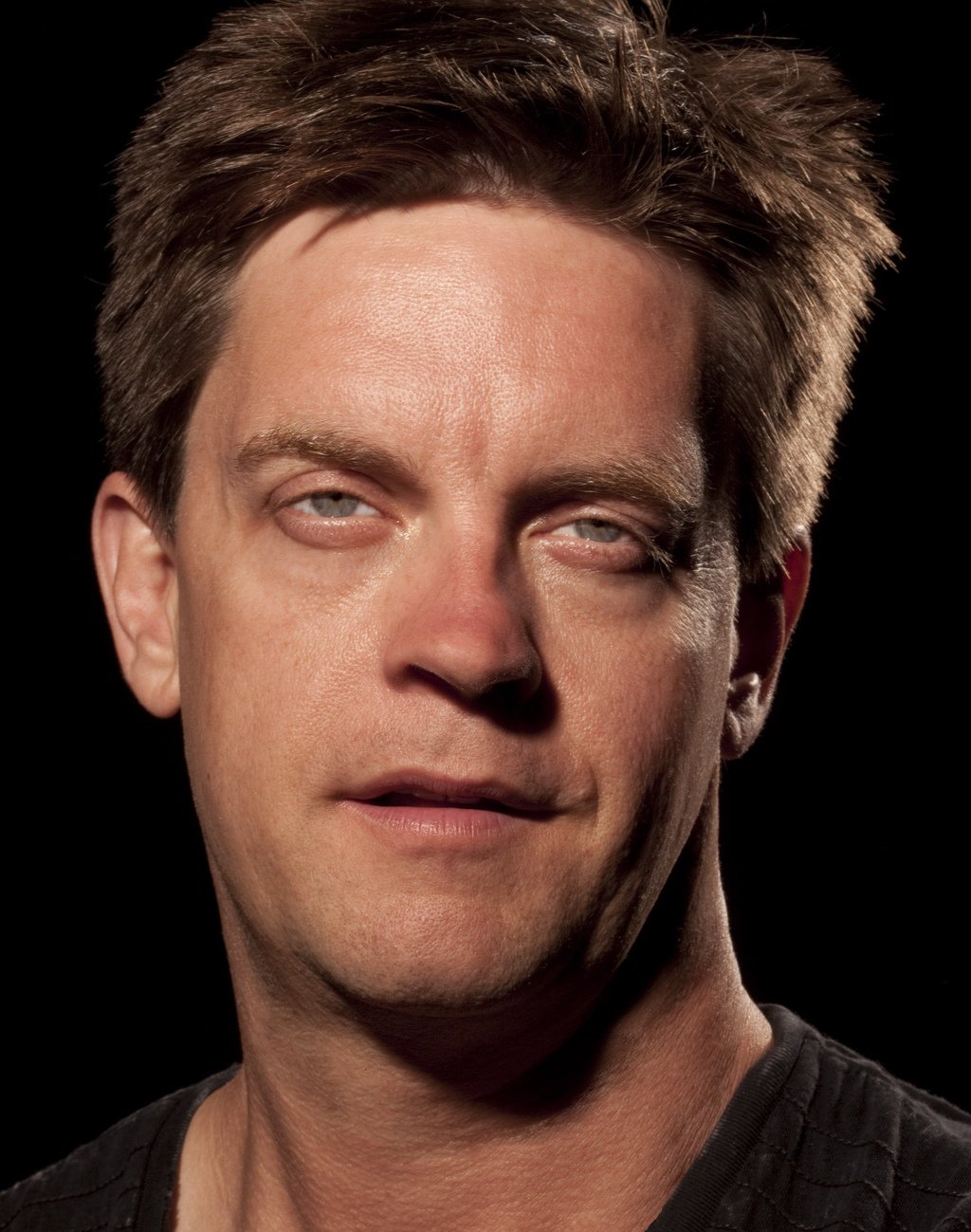 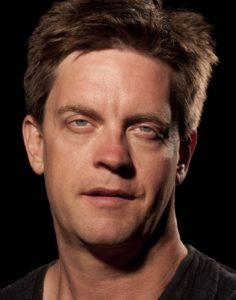 Jim Breuer is clearing the air. As a successful comedian and former cast member of Saturday Night Live, Breuer is best known for his dead on impersonations, unique characters, and family fueled humor. However, for one reason or another, he frequently gets mislabeled.

Perhaps it’s because of his appearance?  Those large, droopy eyes? The goofy smile? The stoner laugh? Or maybe it’s because of that role he played on Dave Chappelle’s cannabis classic, Half Baked?

Jokes Breuer, “Stop judging me! This is the way I look all the time!”

Truth be told, Jim Breuer is not high. On the contrary, he is a very straight forward, humble, family man with a wicked sense of humor. Case in point? He recently wrote a revealing book about his life as a husband, father, and son in I’m Not High (But I’ve Got a Lot of Crazy Stories about Life as a Goat Boy, a Dad, and a Spiritual Warrior). And he’s gone to great lengths to clean up his comedy act, performing standup without the use of a single curse word or any kind of sexual expose. 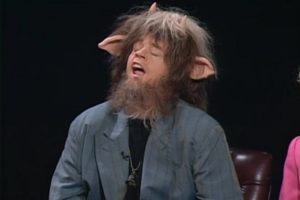 For Breuer, the ability to influence began with a standout role on the “Uptown Comedy Club” television show. After which, he landed a spot on Saturday Night Live, where he spent four years (1995-1998) creating hilarious impressions of Joe Pesci, Mark Wahlberg, Emeril Lagasse, and Matt LeBlanc. And memorable characters like Goat Boy, ex-porn star Don Wong, and Glen Henderson, the older brother of Chris Kattan’s Azrael Abyss in “Goth Talk.”

This week, his influence will target audiences in Denver at Comedy Works from September 6th through the 8th.

“I’m very excited to come back to Denver,” adds Breuer. “After an hour of absolutely destroying you with my stand up, I’ll poll the audience to see just who came out for the goats!”

As early as grade school (growing up in Long Island), you knew you wanted to be a comedian. Who influenced you early on?

The first inkling I had was when I was in sixth grade. I had a Steve Martin album called ‘Let’s Get Small’ (1977). Of course, I didn’t know who he was appealing to at the time (and I bet he didn’t realize he was appealing to children), but it was huge.

I didn’t understand half of the record because there were probably pot and drug references throughout. But it was so silly. And that’s where it started, i.e. the concept of someone making an album and making people laugh. After that, I realized there were other comedians making albums and so, I started collecting them: Don Rickles, Cheech & Chong, and George Carlin.

I remember listening to George Carlin on ‘Class Clown’ (1972) and thinking, ‘Ooo, this guy is a little deeper and darker than Steve Martin. I’m not sure I understand what he’s saying, but he talks about God and stuff. That’s really heavy’ (laughs). 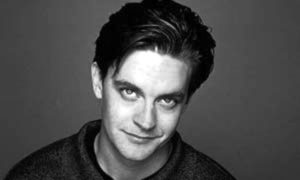 Any comedic roots in your family?

I come from a very big, funny family. The pain they’ve endured in life has always been expressed through comedy.

Do you remember your first time on stage?

Oh yeah. My first written comedy bit was in 6th Grade. It was a talent show. And we were the only ones doing anything original. Everyone else was in KISS’D – a lip sync band. It was my first time on stage and I was so disappointed we didn’t win because I thought we were really good. Instead, we lost to some KISS lip syncing nonsense.

But my very first time on a real stage was at a rock club called Governor’s of Long Island. One of my friends said to me, ‘Hey, why don’t you introduce us and do some of that standup you’ve been dying to do?’ I was seventeen and it was my senior year in high school. But I was really confident and did pretty well. At least, in my head, I did.

(Laughs). Yes, at the end of the day, that’s what counts. I never really lost that confidence.

Working on a show like SNL, you got work with many terrific actors, musicians, and comedians. What was your most memorable moment working on the show and why?

The most memorable moment was when I got it because at that time, I was still in the frame of mind that I wanted to be the biggest and best ever. But at the same time, I came to SNL with deep family and moral roots. I have a lot of family roots and a lot of moral roots. And I was exposed to people who didn’t have respect for either.

There would be people engaged in a variety of activities, surrounded by a million yes people, who would turn up dead two months later. And nobody saw this coming? Nobody dared to step up and help the person? No. Instead, they were just there for the star, the fame, the Hollywood. 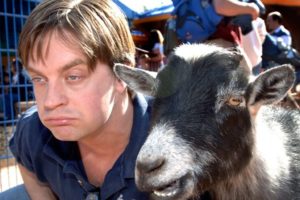 Sure, there were many great moments too, but that’s what I got out of it.

On an entertainment note, it made me realize that if I can make Tom Hanks laugh hard, I can create and do my own stuff. It’s something that I’m doing today. I’m writing my first screenplay in over 12 years – something I just started writing a little over two weeks ago.

Everyone I know loves Goat Boy. If he was in a VH-1 “Where Are They Now?” special, what would he be doing today?

(Laughs). He’d probably have a bachelor show and would replace the current host (Chris Harrison). Most definitely, he’d have the biggest reality show in the history of VH-1.

You’ve done a lot of celebrity impersonations from Joe Pesci to Sylvester Stallone to Tracy Morgan, even your good friend, Dave Chappelle. What are the keys to a great impression? 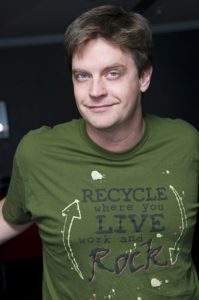 Honestly, I couldn’t tell you. I only imitate people that I admire and am around a lot. In school, I only imitated friends and co-workers. Wherever I was, I was always an impersonator. I would exploit, in my head, what I saw out of them. And for some reason, it’s always hit the funny bone in people.

Actors want to be rock stars. Rock stars want to be actors. Heavy metal music was very influential for you growing up and now, you get to go on tour with Metallica. Did you ever have music ambitions growing up?

Oh my gosh, yes! I wanted to be the first hard rock comedian. That was honestly my first real dream and goal. And I was a little envious of Sam Kinnison when he came out with ‘Wild Thing’ (1988) because (awww, man!) “He stole my thunder!”

I desperately wanted to be rock star when I was younger. I started singing, but became really frustrated because I couldn’t get a good singing coach. And then as the front man type, I remember trying to get friends together and telling them, “Trust me, in 20 years, we’re going to be the biggest rock stars ever!” But no one else had the ambition as I did. 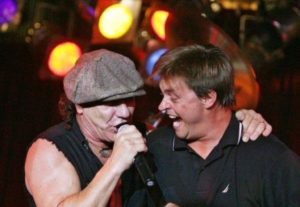 But rock n’ roll was always inside me. It still is. And I think I’m going to release a lot of that this time next year. I went through one round of it recently and it was very successful; something that no one’s really done before. I mean, people write funny or silly songs. But no one has mixed hard rock and stand up together. It’s something powerful, funny, and comes with an intense amount of energy when you see it.

You’ve written about family, fatherhood, and spirituality. How have those personal events and perspectives influenced your comedy?

It’s everything I do now. I love hearing at the end of the day, “You were very funny and I like what you had to say.” It’s one thing to be funny. It’s another to make an impression.

I’m all about emotions and people and influencing. If I can influence you and make you better somehow, wherever you are in life, or make you realize hey, it’s not just you, I’ve done my job. Even if it’s the guy I play on TV or film, if I can influence you somehow, it means more to me than anything. And that’s where the faith and the morals kick in.

Being vulgar on stage can lead to easy laughs. Being clean on stage is much more difficult, but it can be much more rewarding. Why is it important for you to keep your act clean?

It all changed when I discovered that what I do has more of an impact than just being on stage or just being popular. I realized this when my kids and their friends would say, “I watched you on YouTube and you curse a lot.” And I remember being heartbroken. And then one of the kids said to me, “You’re dirty!” And I thought, “I’m not dirty? I don’t talk about anything filthy.” But their response was, “Yeah, but you curse.”

That really changed things for me. I went online and looked at bits over the years. And I had really funny routines where I would be talking about my wife, my mother, and just being a kid. But there I was, just effing and effing and effing.

Seinfeld helped me by saying, “I like to challenge myself. When one of my jokes ends with a ‘What the eff?’ I think, maybe I should write a joke? Take the time to find something funny and clever there.” It was a major challenge for me. 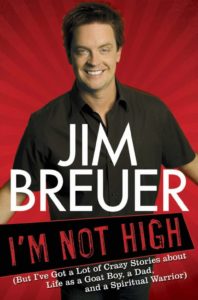 Now, don’t get me wrong. I’m a fan of that kind of comedy. But for me, I realized the effect on the whole community around me. I wanted to respect myself first and foremost and then, broaden that respect into my household, my community, and all around me.

That’s a different measure of success from those early days of owning a kangaroo and leather pants. 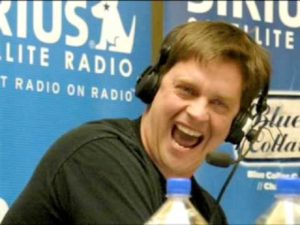 Radio has more patience. I don’t have to be hilarious on the radio. I just have to be engaging and entertaining. And a lot of times, I’m better at that. A lot of times I go deeper on the radio. I can go into so many different subjects whereas on stage, I’m not ready to go into those subjects yet because I may not know how to make them really funny.

On the radio, people are willing to listen longer as long as you’re engaging and entertaining.

What are your thoughts on Denver and the upcoming shows?

But my favorite thing about this show is seeing people respond: ‘Holy crow! That was the funniest thing I’ve ever seen in my life. I can’t believe you didn’t even swear.” That blows me away every time. 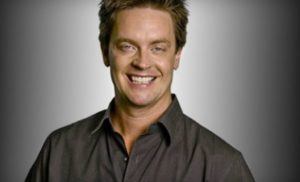 Will we see Goat Boy?

(Laughs) It’s funny because you gotta know what people recognize you from – for some, it’s SNL; for others, it’s Half Baked or Comedy Central. And when people come to my show, they don’t realize that I’m a strong, A-list comedian, even funnier now that I’m squeaky clean.

So, after an hour of absolutely destroying you with my stand up, I’ll poll the audience to see just who came out for the goats!”