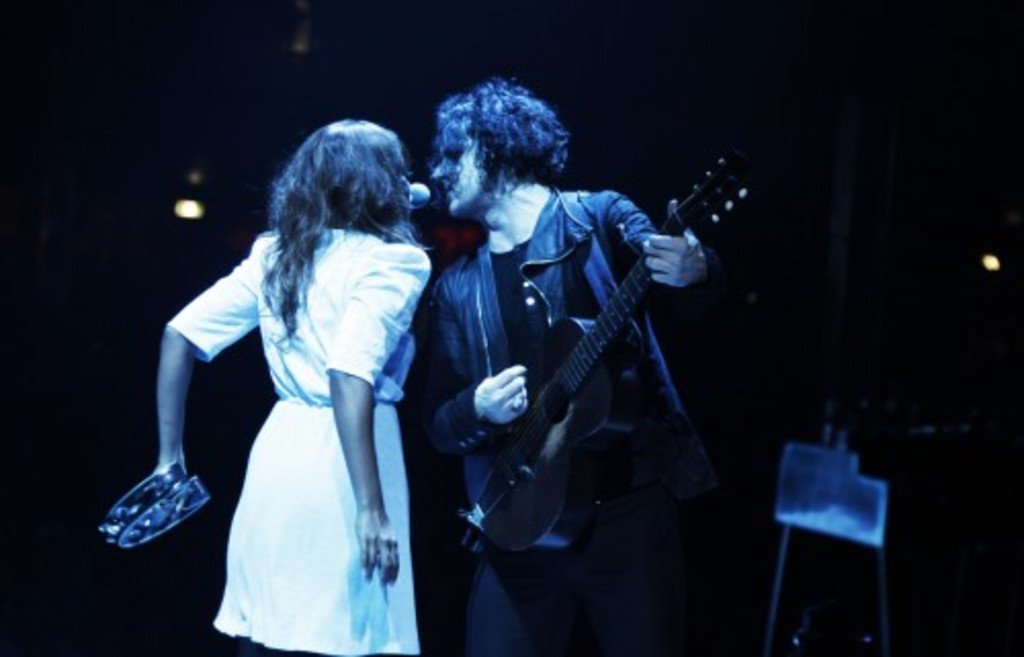 He ranks up there with the greatest of the greats: BB King, Hendrix, Clapton, Jeff Beck. A textbook definition of “shredding” on his guitar and smashing the keys like they’re groundhogs in that carnival game where you hammer their heads as they poke through the little holes. Equipped in his signature suspenders and wide brimmed Doc Holiday hat, Jack White would make a hell of a cowboy if it weren’t for his milky, baby faced complexion that makes him more of an eerie Dracula doppelganger. Surrounded on stage by six Helena Bonham Carter-ish bridesmaids that comprised his booming band, White laid down a crowd pleasing set list Wednesday at Red Rocks, even taking a moment to interrupt the tunes to observe that “someone painted the inside of this venue to look exactly like the outside.” He played songs from all of his former bands- ranging from a honkey-tonk Hotel Yorba and a sweet rendition of We’re Going to Be Friends by the White Stripes to the Raconteurs’ ominous Broken Boy Soldier and catchy Steady, As She Goes to the defiant Blue Blood Blues by the Deadweather.

But the recently released tracks off of his Blunderbuss album were simultaneously the most charming and badass. White is comparable to Bob Dylan when it comes to song writing, with lyrics as down-home and whimsical as any folk song.  In the title track off of the new album, White croons about an “ancient grand hotel of Persian thread and ivory,” and “a corner exit not tall enough to walk out standing straight, designed by men so ladies would have to lean back in their gait.” He weaves romantic tales and jealous confessions and brief bursts of bitterness into rock n’ roll poetry. Love ballads without being chick flicks.

While some neighboring fans complained of muddy sound quality during the show, I found that the occasional brain rattling bass riffs and subtle feedback whines added to the gritty and unabashed sound that permeates throughout all of White’s projects. Not to mention that music this loud was emanating from the instruments of a gaggle of head banging babes on pedal steel, fiddle, bass, keys, drums, and tambourine. The combination of the girls in black lipstick sporting bed-head mops under the constant blue strobe lights made the amphitheater stage look like something out of a Tim Burton folk-rock opera with a cast of co-star prom queens who missed their salon appointments. And before finishing out the long-winded one-set concert with a six-song encore, our hero bid the crowd goodnight and gave thanks from himself and the “Peacocks,” stating that they were off to drive through the desert all night. It was a tempting invitation to chase the dragon along the starry westbound highway in true stagecoach fashion to catch this upcoming weekend’s California shows.