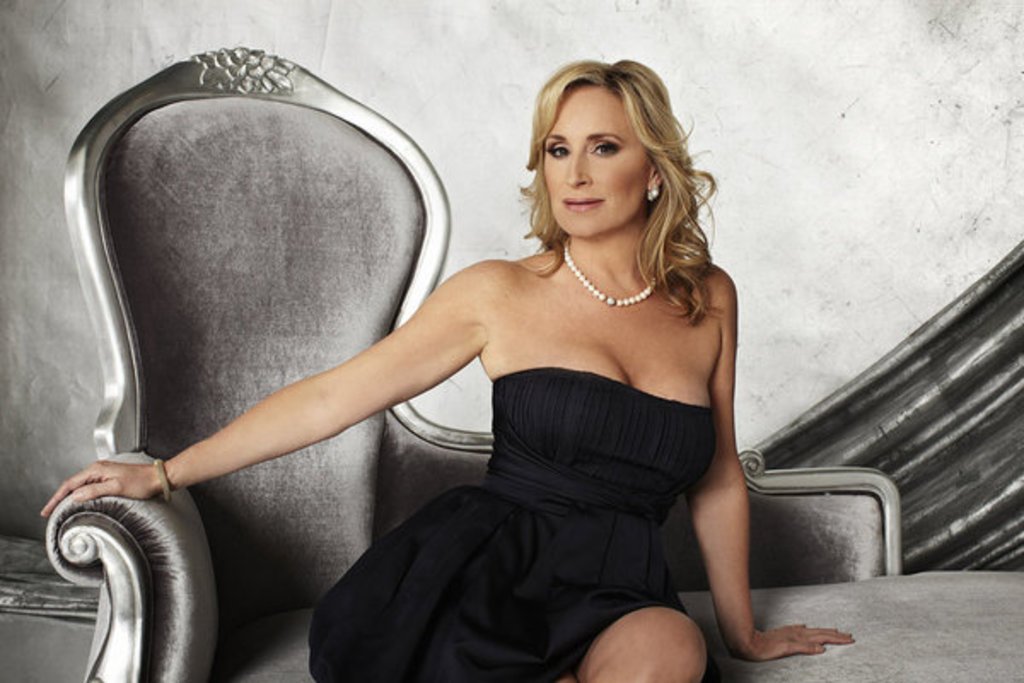 Just when thoughts of the infamous George started to slip into the back of my mind, his overly tan, smiling face makes an appearance within the first five minutes of this week’s episode of The Real Housewives of New York City. I guess I can’t catch a break. Amid talks of “cock rings” and spanking, I was beginning to wonder if this week’s show would be a repeat of Miami. Luckily for me (and you), George’s cameo was brief, leaving the ladies with plenty of time to stir up some drama. 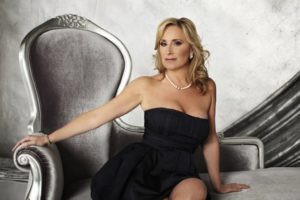 The episode begins with Sonja’s photo shoot for her toaster oven. Funny thing is, she’s nowhere to be found. In her place is a frantic Heather, trying to get everything set up with the crew. An hour into the shoot, Sonja finally arrives but is more concerned about eating breakfast than getting ready to be photographed. Where did she get such a sense of entitlement? Someone needs to push Sonja off of her high horse and remind her that Heather and the crew are doing all of this for free. Talk about ungrateful.

Finally sashaying into hair and makeup, Sonja informs the entire room that she has to go to the bathroom to change her tampon. But that’s not all. Apparently she finds it necessary to have an audience while she does the deed. Grabbing her darling hairstylist Jason (yes, a male) and heading into the bathroom, we learn that Sonja’s periods are on the heavy side (as Sonja says “it looks like someone got murdered in here.”) Spare me. This isn’t sex ed, it’s a photo shoot for Christ’s sake. You can keep the intimate details about your lady parts to yourself, thank you.

Then there’s Ramona’s launch party for her new line of red wine. But of course no Real Housewives event (especially one hosted by Ramona) is complete without a little drama. Taking Sonja aside to get the scoop on the photo shoot that she was barred from attending, Ramona smirks with satisfaction after hearing that Heather “steam rolled” Sonja and was bossing her around. When Heather arrives, Ramona can’t help herself from letting Heather know that Sonja thought she was overbearing on the set. As if that weren’t enough, Ramona goes on to scold Heather for not inviting her to the shoot at Sonja’s request. I’m sorry Ramona, but last time I checked, Sonja asked Heather, not YOU to help her with branding her toaster oven. Get over yourself. The world doesn’t revolve around you (though I’m sure you believe it does.) 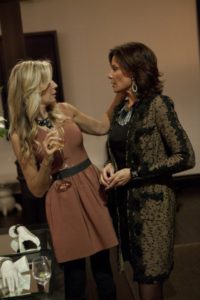 The drama continues at Sonja’s friend Janna’s party (whew, so many parties, it must be party season in NYC). But this time it’s not Mario who has something to say about Jacques’s wine event (I’m so sick of hearing about it, can we not move past this?), it’s Aviva. Confronting LuAnn, Aviva claims that if Ramona hadn’t liked her own wine at the tasting, the results would have been disastrous to her livelihood. While Aviva has a point, in reality, Ramona left that event with her dignity fully intact. So why must we go around in circles pondering what could have happened? It doesn’t change what DID happen. The horse is already dead. There’s no need to keep beating it.

When Mario and Ramona arrive, Aviva is quick to let them know that she tried to talk to LuAnn about the wine event to no avail (hmm, I wonder why? Maybe because it’s a dead issue.) As Jacques and LuAnn slip out of the party (probably to avoid another pointless confrontation), Ramona claims that Jacques’s French accent isn’t real. Really, Ramona? That’s the best you’ve got? If there’s one thing I can’t stand it’s a person who talks behind someone else’s back (particularly when the accusation is so outlandish as this one). It’s spineless and childish (then again, those are two traits I would use to characterize Ramona). Thankfully, Heather put on her big girl pants and informs the group of her disgust at the comment. But Ramona won’t have anything to do with it and flies off the handle, saying that she’s sick of Heather talking behind her back. Wait a minute. Did I miss something? Ramona, you were just talking about Jacques behind his back. Talk about the pot calling the kettle black. Unfortunately, just as things were beginning to get particularly juicy, the phrase “to be continued” was splashed across the screen. I guess I’ll have to wait until next week to find out what happens next.