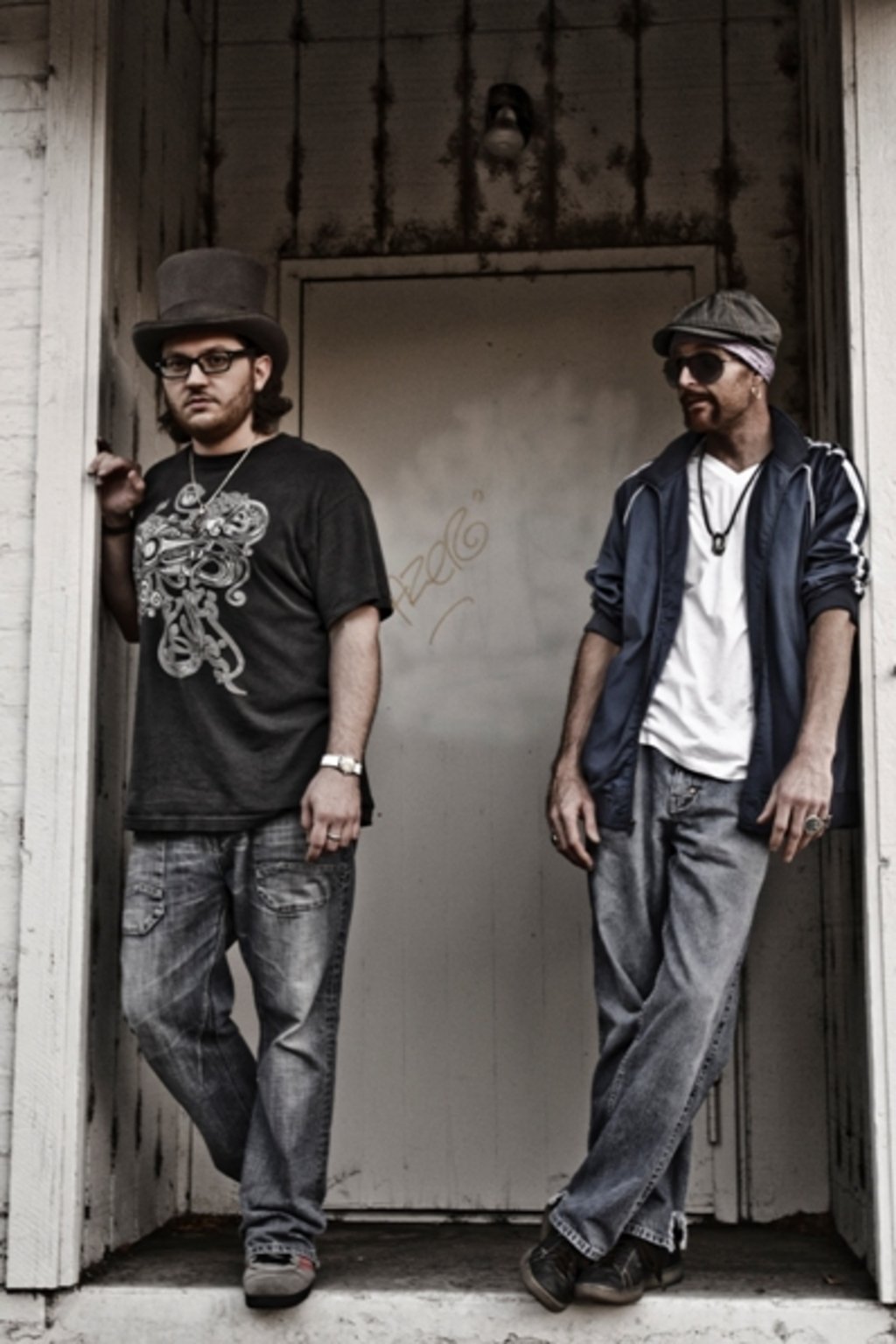 After Passion Pit canceled their co-headlining show with Justice at Red Rocks Amphitheatre due to singer Michael Angelakos’ shaky mental state, ticket holders were left disappointed, yet curious as to which act would replace the indie dance foursome. Fans were surprised with not one, but three new acts to fill the void: French house DJ, Surkin, dubstep king, Rusko, and perhaps the biggest surprise of all – experimental livetronica duo, BoomBox.

BoomBox’s unmistakable, multi-instrumental sound is a far cry from Justice’s electro house, but the pair is excited to expose their sound to new ears.

“We have a few tricks up our sleeves,” says founding member, Zion Godchaux. “We definitely want to be unique and do our own thing. With the bill being so diverse, we have to be. It’s a great opportunity to show what we’re about.”

So what exactly is BoomBox about? The duo formed in 2004 in Muscle Shoals, AL and has been touring and recording non-stop ever since. With Godchaux on vocals/lead guitar and Russ Randolph on sequencers/turn-tables, BoomBox carries the sound of a full band, showcases clever production, and boasts energetic and euphoric live sets. Combining rock, blues, psychedelia, backbeat, electro, bass and house, the pair is a musical powerhouse and has attracted a diverse fanbase of everyone from Phish-heads to candy ravers and mainstream clubbers.

The band’s “odd” nature is working in their favor, as their non-stop touring yields sold-out shows and festival dates. A fixture on the summer music festival circuit, BoomBox has played some of the biggest festivals this summer, including Summer Camp Music Festival, Hangout Music Festival, Detroit Electronic Music Festival and Impulse Music Festival.

“Hangout was a highlight for us this summer,” Randolph says. “The scenery is absolutely beautiful, and being from Alabama, we were really proud to be playing there.”

The pair took a short break from touring earlier this summer to work on new material. Although Godchaux and Randolph are known for their energetic and sensorial live performances and find creative inspiration on the road, Randolph says they work best in the privacy of a studio.

“We get inspiration from all over, but I like being in my studio,” he reveals. “You can come up with an idea or a concept anywhere, but you can only really experiment with it and tweak and fine-tune it in a studio.”

After spending a brief time in the studio, BoomBox hit the road again, stopping at State Bridge in Bond, CO for a two-night run.

“We had such a great time at State Bridge,” Godchaux says. “It’s just the right size and it’s cool because you are kind of off the grid since cell phones don’t work up there. Plus, you’re right next to the Colorado River. It’s one of our favorite spots. ”

In general, Colorado remains one of the band’s favorite tour stops. The pair performs in the state a handful of times each year, usually to sold-out crowds.

“At this point, Colorado is like an old friend. A best friend. Now, we have a family in CO because our publicists and other crew members live there, so when we come back to CO, it really feels like a home.”

For BoomBox fans, every show in CO feels like a homecoming, and the band’s opening performance tonight should be no exception – especially since this is BoomBox’s first return to Red Rocks since their performance at Disco Inferno last summer, where they also shared the stage with Rusko.

“I think a lot has changed since then. I feel like we’re a completely different band,” Randolph says. “We’re working on another album and the new material really pushes things to the edge. We’re diving more into songwriting. The band is really growing.”

Randolph says tonight’s ticket holders who aren’t familiar with BoomBox are in for a treat.

“Come early, and come get down,” he says.