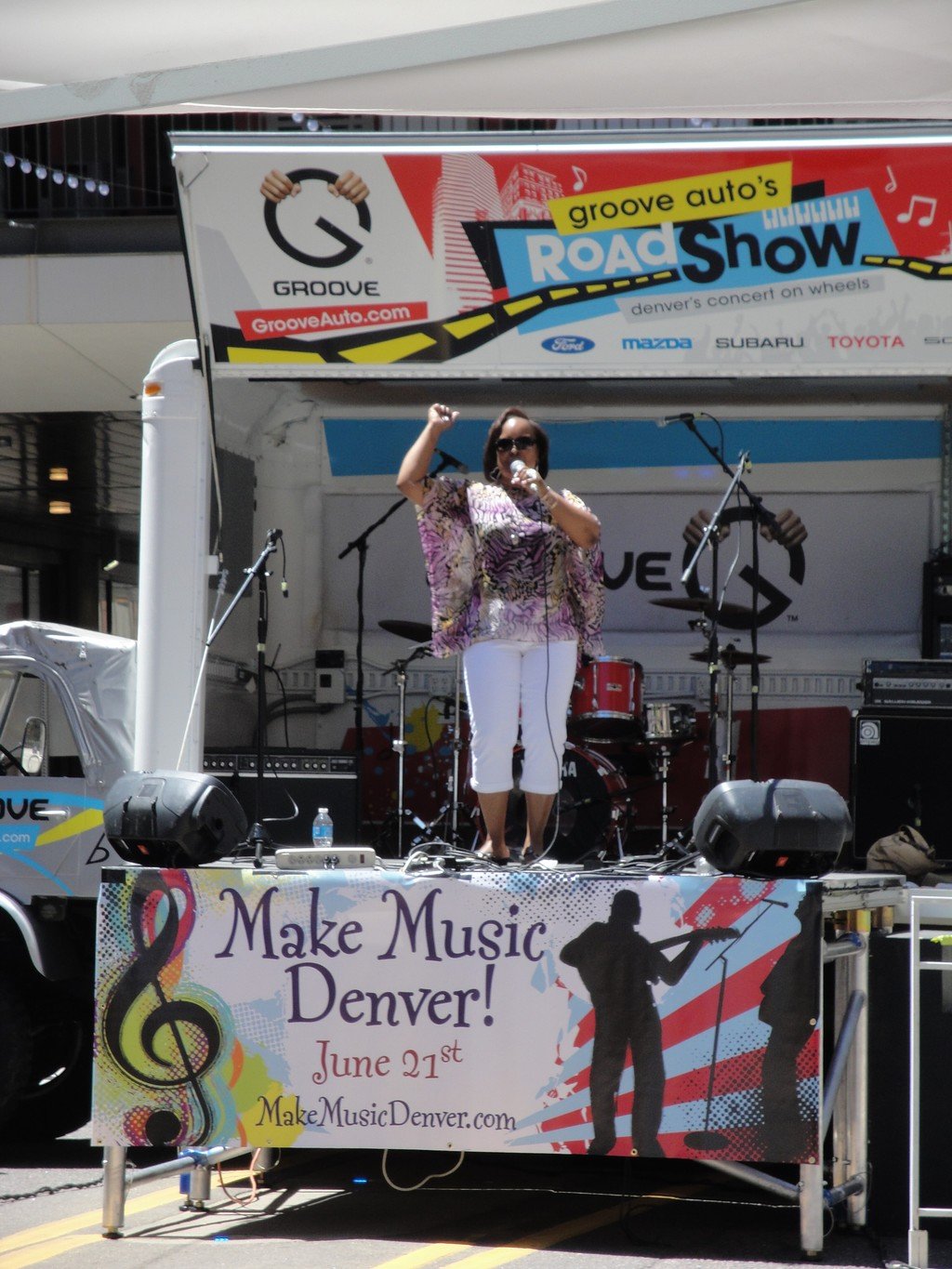 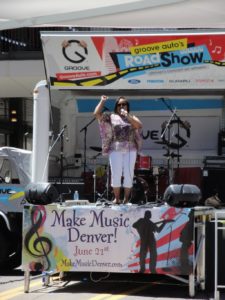 First lady of Denver, Mary Louise Lee performed for the lunchtime crowd on the Groove stage..

Make Music Denver joined over 450 cities around the world in celebration of World Music Day.  This full day of music included local performers as well as various other artists on several different stages strewn around the downtown Denver area.

Among the day’s events were several scheduled instrument gatherings open to the public and catering to specific instruments.  Various artists were also scattered throughout the middle of 16th Street Mall and on block corners.

Denver Pavillions’ Groove stage.   What started as a small group of patrons standing and waiting, soon turned into gaggles of people dancing and singing along to her tunes.

Lunch crowds were still converging after the one o’clock hour in masses down at the Arapahoe stage at 17thSt., where the Matt Nasi band was appearing.  Later on in the evening were Denver favorites Dotsero and the Hazel Miller Band with performances that lasted until 8 p.m. 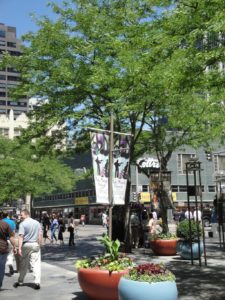 With music on every corner, it was a captivating atmosphere mixed in with the regular charm of 16thStreet Mall.  The celebration continued until after the last scheduled performance at 10 p.m.