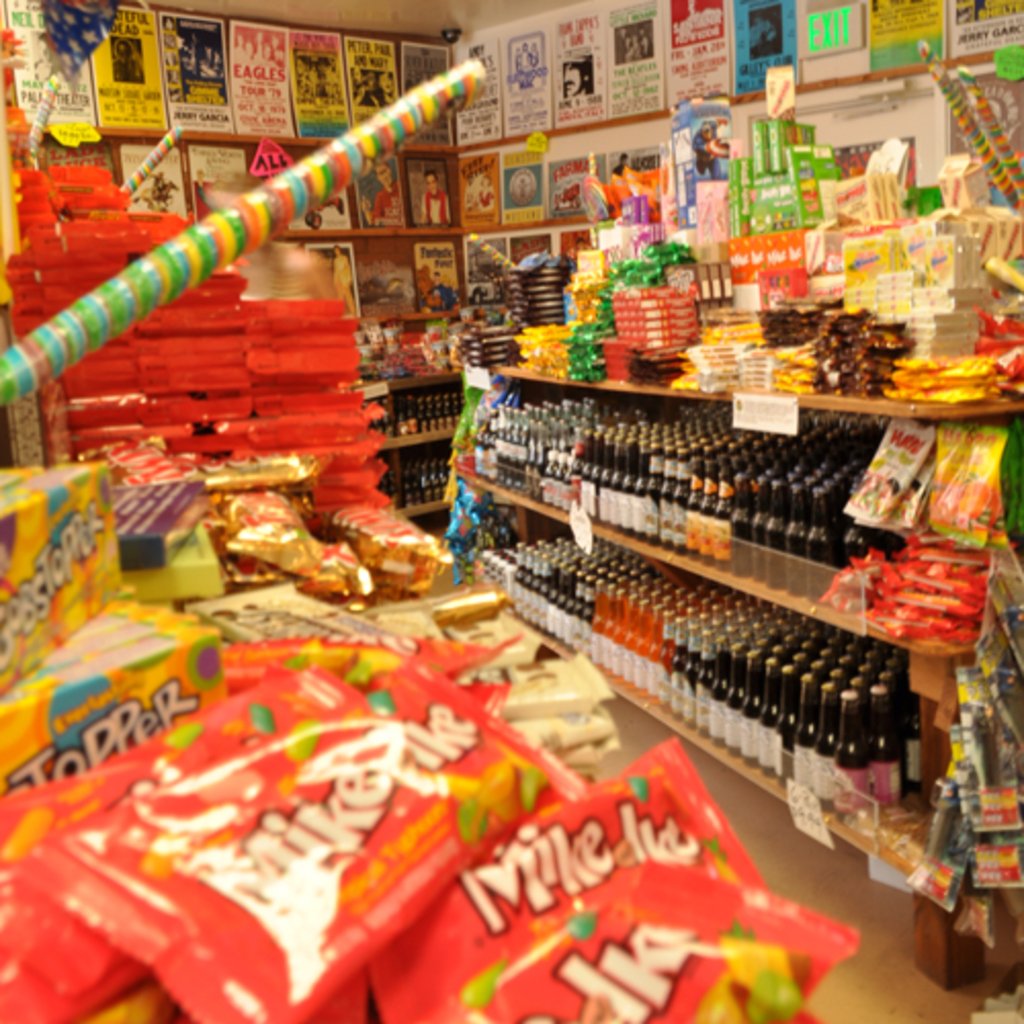 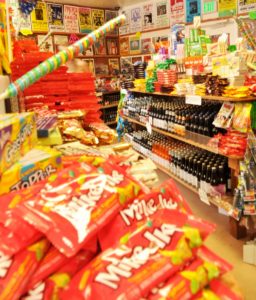 Patrick Evan was due for a bit of fun. He had been accounting for 13 years,  and finally left his cubicle to do what any math major on a midlife crisis would: Start a candy store.

And not you’re quaint, Cherry Creek chocolatier. Evans started Denver’s location of Rocket Fizz Soda Pop and Candy Shop, an iridescent palace of sugar and carbonated syrup that lights up Writer’s Square like a Jack-O-lantern until 10:30p.m. Now it’s the biggest of its kind in the state, which would make Evans something like the Willy Wonka of Colorado…if Wonka wore board shorts and a T-shirt and smacked on Subway foot longs.

“I don’t even really have a big sweet tooth,” Evans says. “I just like fun.”

Today Evans uses his number-crunching skills to groom his garden of glee, which offers four hundred sodas and a thousand candies. It has colas, ginger ales, root beers, birch beers and sarsaparillas. Soda of butterscotch, honey, cinnamon and mint, and experimental brews like sweet corn, buffalo wing and bacon. It has heaps of taffy, tubs of gummy worms and lollipops the size of hubcaps, imported European chocolate and caramelized insects. Tin signs, vintage posters and cardboard cutouts of the Hulk and Justin Beiber fill every remaining inch of wall, somewhere an old TV plays Tron on VHS and an enormous foil rocket ship hangs over the whole jungle of pure, tooth-murdering mirth.

“I don’t have to do anything,” Evans says, “I don’t even have to come in. The store does the work.”

Employee Elle Vatt spends most of her day telling people, yes, they do carry that organic birch beer you found in Boulder or that raspberry Faygo you drank in 4th grade. After three months at Rocket Fizz, she knows a first timer when she sees one.

“They just stop. And they see everything, and they don’t know what to do. Then when they wander around the store they find something they used to eat as a kid, and they say ‘Oh my god, I couldn’t find this anywhere!’”

The franchise launched four years ago in California, but Evans has known the founders since he was 6, and Denver’s Rocket Fizz is his show. He fills it with whatever he thinks is neat, always on the hunt for obscure and exotic knickknacks of the sugarverse: Hard-to-get brands like Sky Bar and Bourneville, imported Mexican Coke or Hello Kitty themed gum from Korea.

But Evans stashes the rarest treasures in the back room, in a box labeled “Don’t touch or I kill you!” wherein lie specimens like Mount Fuji Blueberry Cheese Cake Kit Kat bars from Japan, which Evan’s acquired only through shady dealings, secret suppliers and at least one international flight attendant.

Evans says most of his customers are grown-ups, but the shop isn’t for collectors, connoisseur or bon vivants of bubblegum. It’s for someone to find those fake sugar cigarettes their mom always hated, eat Japanese chocolate that tastes like seaweed or drink bacon-flavored just because they can.

“Let’s face it, we live in a not so happy time.” He continues. “This place is an escape. In here, you’re immersed in joy.”

He picks up a fake moustache as long as a spatula.  “I go online with my son and I say, ‘Hey, does this look cool? How about this moustache? How about these Bumblin’ Brawlers?’ And he says, ‘Yeah, buy it!’”

“I remember getting my allowance, it was $3, and I would just get a big bag of candy. And it’s the ability to think like that at an adult level. I get to buy all this stuff, all these toys and wacky shit, and I feel like a kid again.”