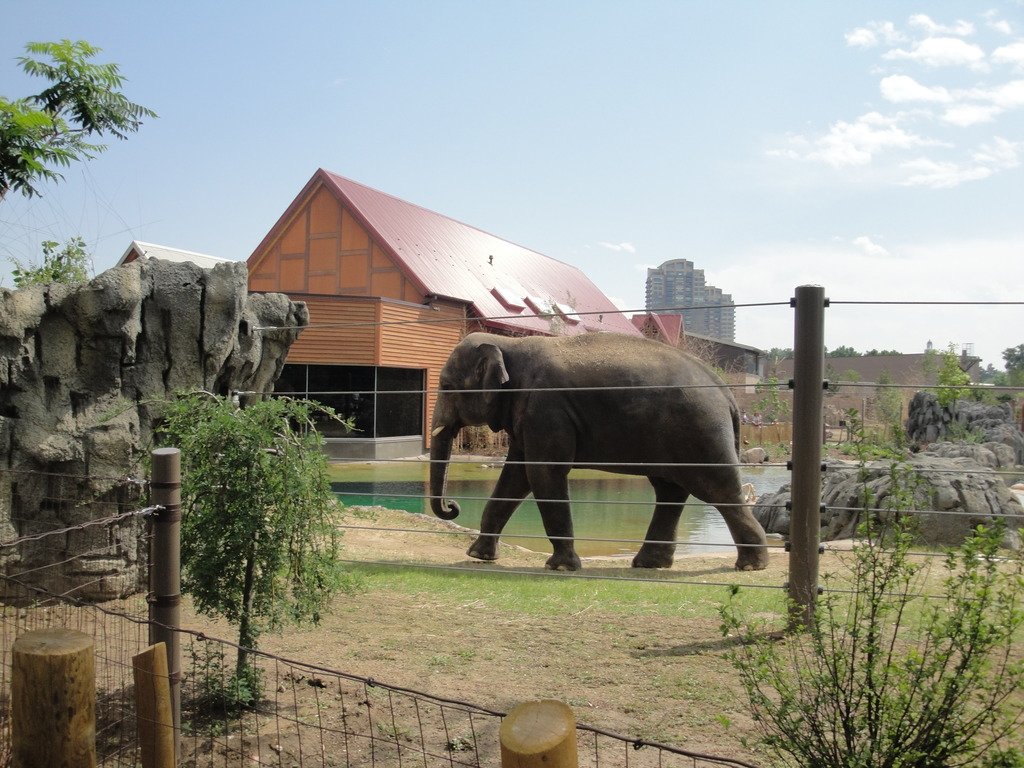 Denver Zoo’s newest addition, Toyota Elephant Passage, takes the exhibit feel out of the zoo and replaces it with a rare walk amongst the elephants.  The exhibit sits on an entire 10 acres of the zoo and transports you to the midst of Asia. 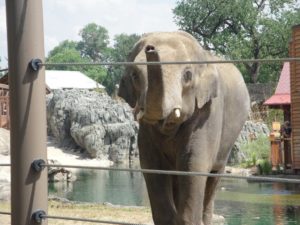 One of Denver Zoo's resident bull-elephants.

The exhibit sits at the south end of the zoo and can be accessed through two different gates. You can explore this simulated part of the world that has been intermingled with the natural surroundings and serene living environment for the elephants to explore.  Viewed through several non-visible barriers, the elephant passage is full of choices in everyday living for these animals.  Showers that the elephants can activate themselves, watering holes and streams, grasslands and shade areas are among those choices.

Informational stops sprinkled along the way illustrate a common theme of the struggles animals and people face in coexisting.  Issues such as poaching, farmers protecting their crops and tidbits of religious history involving the animals fill the path.

The interconnected living quarters and state of the art facilities will wow visitors.  Elephants, rhinos and monkeys are just among the few animals that can be observed while walking through the passage.  At every turn is yet another perspective of how Asian cities handle living in such close proximity to these amazing creatures.

The Elephant Passage has rare, eco-friendly, new technology that will turn “Poop to Power”.  The zoo is one of only three in the nation in which state of the art “Poop to Power” technology will power the zoo and contribute to lowering costs and increasing conservation. 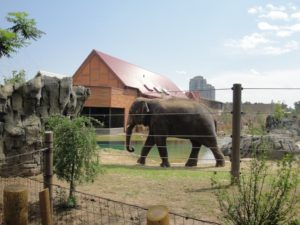 Denver skyline can be seen in the distance of the Toyota Elephant Passage.

According to the Elephant Passage fact sheet, this waste removal system “will convert more than 90 percent of the zoo’s waste into usable energy, eliminating 1.5 million pounds of trash currently going to landfills annually.” By the end of the year, the new system will be fully functioning to work along with other technologies such as the wiser water use systems and strategically planned natural lighting and sun reflecting colors to reduce heating and energy costs.

A project in the works for over seven years now, the Toyota Elephant Passage touts a strong visual appeal, allowing zoo visitors to come even closer to these majestic creatures than ever before.