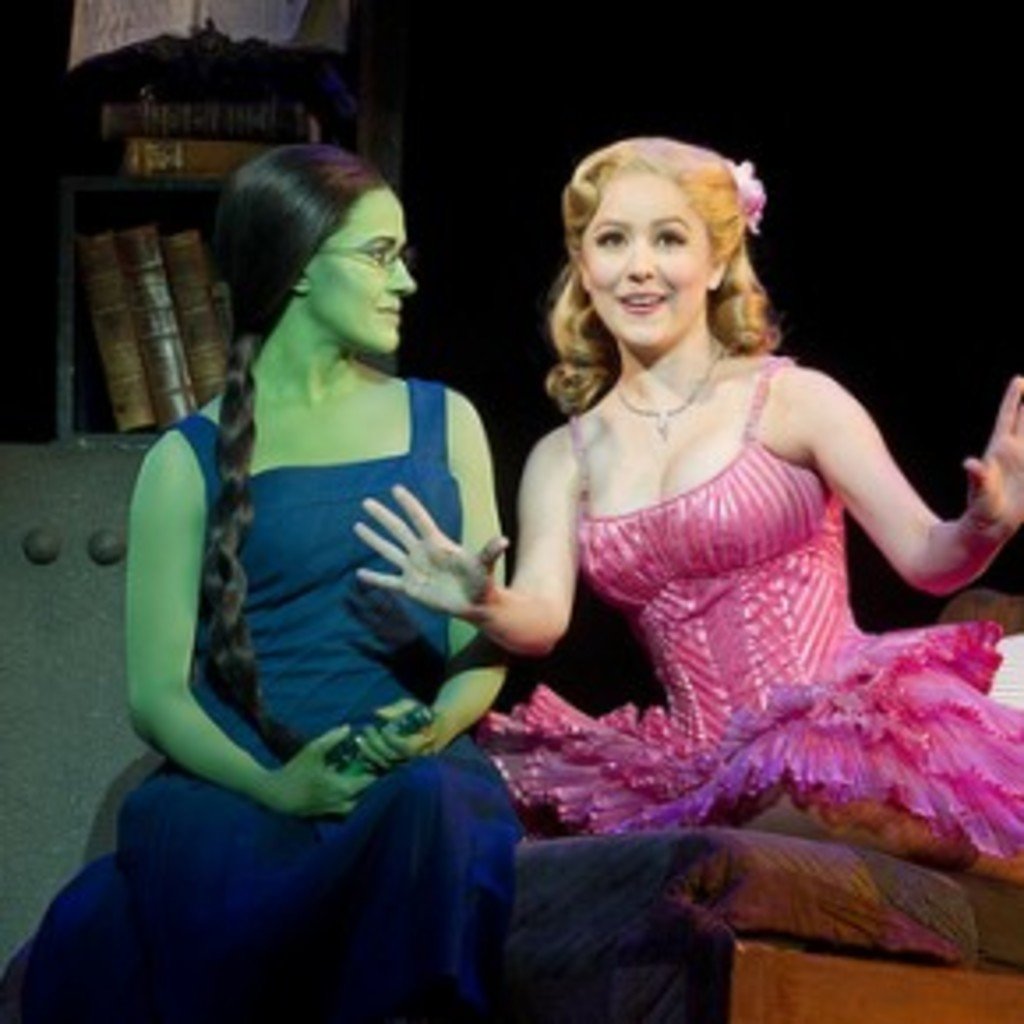 Wicked is the best kind of story. In addition to serving as the near-definitive backstory to one of the most well-known and beloved tales in history, it’s an allegory that tackles some of the most relevant and controversial issues of our time: racism, animal cruelty, government corruption and terrorism. Every aspect of the production is just as inspired as the plot, from the costumes to the choreography to the comedy to the special effects. I could go on—and I will.

Why does wickedness happen? Sensing there’s more to the story than the sanitized, official press release version, that’s one of several questions posed by curious Munchkins when Glinda, the so-called good witch with a knack for conjuring bastardized words, floats into Munchkinland via bubble to disseminate news of the wicked one’s passing. Remember when Obama pronounced Osama dead? We had a zillion questions. Where’s the body? Why can’t we see it? And if he was so bad, how come we used to be buddy buddy? When pressed as to the nature of her rumored onetime friendship with the allegedly deceased, Glinda launches into a retelling of events that begins with the circumstances of Elphaba’s birth. Good and evil are never black and white; the green-skinned girl’s origins make it clear that she was not exactly born wicked. Daddy issues—Elphaba suspiciously does not resemble her mother’s Munchkin governor husband in the slightest and is eventually blamed by him for her sister Nessarose’s crippling, premature birth—aren’t exactly a positive omen of things to come.

Many of the finest tales begin with the end and circle back around. How Wicked arcs from point A to point B and all the way to point A again is a narrative journey that’s pure magic, and has been recognized as such by Tony, Grammy and even Entertainment Weekly, among others. The costumes are Cirque du Soleil caliber—a trip to the Cherry Creek Mall display will teach you that Elphaba’s frock cost $30,000, its layer upon layer of ruffles spanning football fields. The choreography is inventive, brilliantly conceived to fit each character or scene like a rubber glove. The jokes, both verbal and visual, are legitimately laugh-out-loud funny. Even though you can occasionally see the wires, the bells and whistles are marvelously orchestrated. What would an award-whoring musical be without a classic score? “Defying Gravity” is easily one of the most inspirational tunes of all-time.

Missing Wicked would be a horrible idea. Get tickets here.