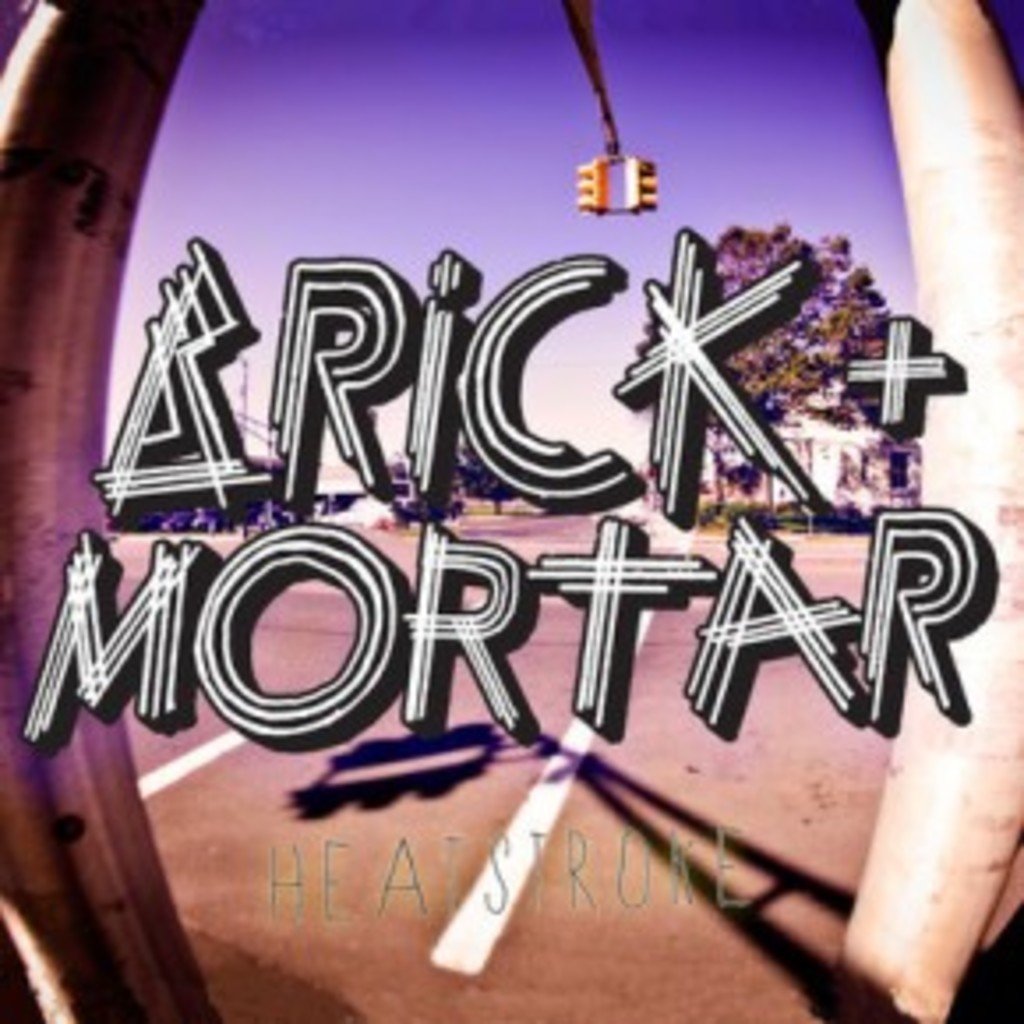 Summer in Denver rumbles just below the surface…it’s so close that we almost just want to tear it up from under the last breaths of spring so that the annual adventures may officially begin. I always associate the warmer months with rough and tumble shows at Red Rocks, languorous cruises on the bike, and carefree (or perhaps careless) behavior for the sake of risk-taking–such as ziplining over the Royal Gorge…do it. As such, summer requires a particular soundtrack and nothing fits quite like indie rock.

Distinct vocals equal longevity in indie rock and Brandon Asraf’s belted twang swimmingly marries New Jersey’s Brick + Mortar together with the talents of his copilot, John Tacon, to produce deadpan rock fringed with electronica and momentary reggae traces. The duo’s music is a boisterous head trip, a dramatic auditory drive through a high contrast film where you’re never sure if your seatmates are the good guys or the bad guys.

“Heatstroke,” kicks off with the hysterical remark, “they didn’t mean to make me, but I got made anyway,” over a sunny, surfer rock guitar riff–instantly capturing an afternoon on some California beach when everyone’s up to no good, but causing no harm. An older and equally mischievous track, “20lb,” thumps along to a ska-ish beat–lighting the inevitable car rides through the city after dark doing who knows what when no one else is looking. Even more experimental and electronic is “Move To The Ocean,” a head-bobbing three and a half minutes of quirky lyrics, gritty electronics and bright drums–definitely a track for chilling out to.

So while summer waits a little impatiently for spring to finish its turn, Brick + Mortar will pump you up and then go along for the ride over the next several months.