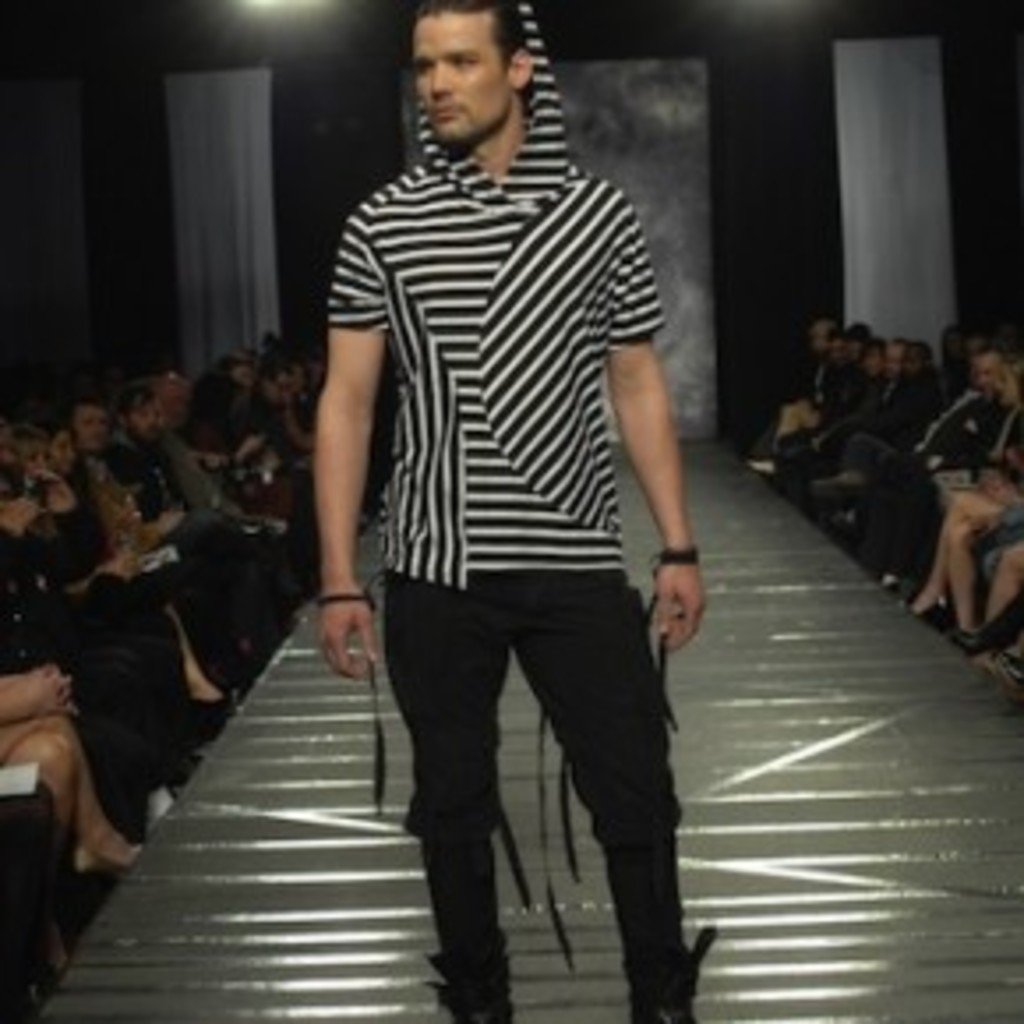 Three full nights of Denver Fashion Weekend have certainly shown that the local fashion scene has plenty to offer. The highlight of the weekend, DFW Night 3, featured a 1920s circus theme that transformed EXDO Event Center into a virtual big top. Performers included Lo-Lo Flamingo as The Fire Charmer and as The One-Wheel Extraordinaire; 303 Magazine’s very own George Peele as Shorty, The Tallest Man on Earth (he danced a mean jig while on very tall stilts); Amy Armstrong and Khia as The Wolf Whisperer; Michelle with Meesh Aerial as The Great Hoopnotica; and Heather Penhale as The Cardinal Wonder. Donna Baldwin Agency provided the sinewy models, Juno Salon provided makeup for the catwalk, and DJ Mike Disco spun upbeat tunes to keep the party rolling. The real treat of the evening, however, was the fashion presentation by two local designers: Jose Duran and House of Arden.

After seeing Jose Duran’s line, I can now see why some people have described his design aesthetic as “dark and theatrical.” A girl sitting behind me at the show even went so far as to call it “vampirey.” The looks that came down the runway included lots of lightweight hoodies; wrapped and draped dresses and tops with loose fabric straps; black mesh tops; black and white shirts, vests and pants (in both stripes and plaid); ruffled and cinched tops for the guys; and Peter Max-ish (think: Yellow Submarine) chiffon dresses in abstract prints with bright colors of tangerine, blue, chartreuse, yellow, pink and purple. The looks were topped off with big hair by Steven Trujillo of El Salon.

After a short intermission of circus acts (Lo-Lo Flamingo even juggled with fire), a few drinks and plenty of mingling, Act 2 kicked off with clothing by House of Arden with Crème de la Couture. All of the looks featured flouncey tulle skirts in a myriad of colors, ranging from blue, yellow, purple, fuchsia, green and black.

These were paired with tops such as an orange tank top, a white sailor shirt, an Asian-influenced orange geometric shirt, shiny Champagne-colored tops, and a black tank with leopard fur wrap. The overarching theme throughout was romantic flowers, which could be found in both prints as well as embellishments on the tops and skirts. The looks were pulled together with plenty of jewels and Swarovski crystals.

If you missed this season’s DFW, we definitely feel sorry for you. Now, you’ll just have to wait until the fall 2012 show (and who knows what kinds of surprises we can hope to find then?). Until next time…