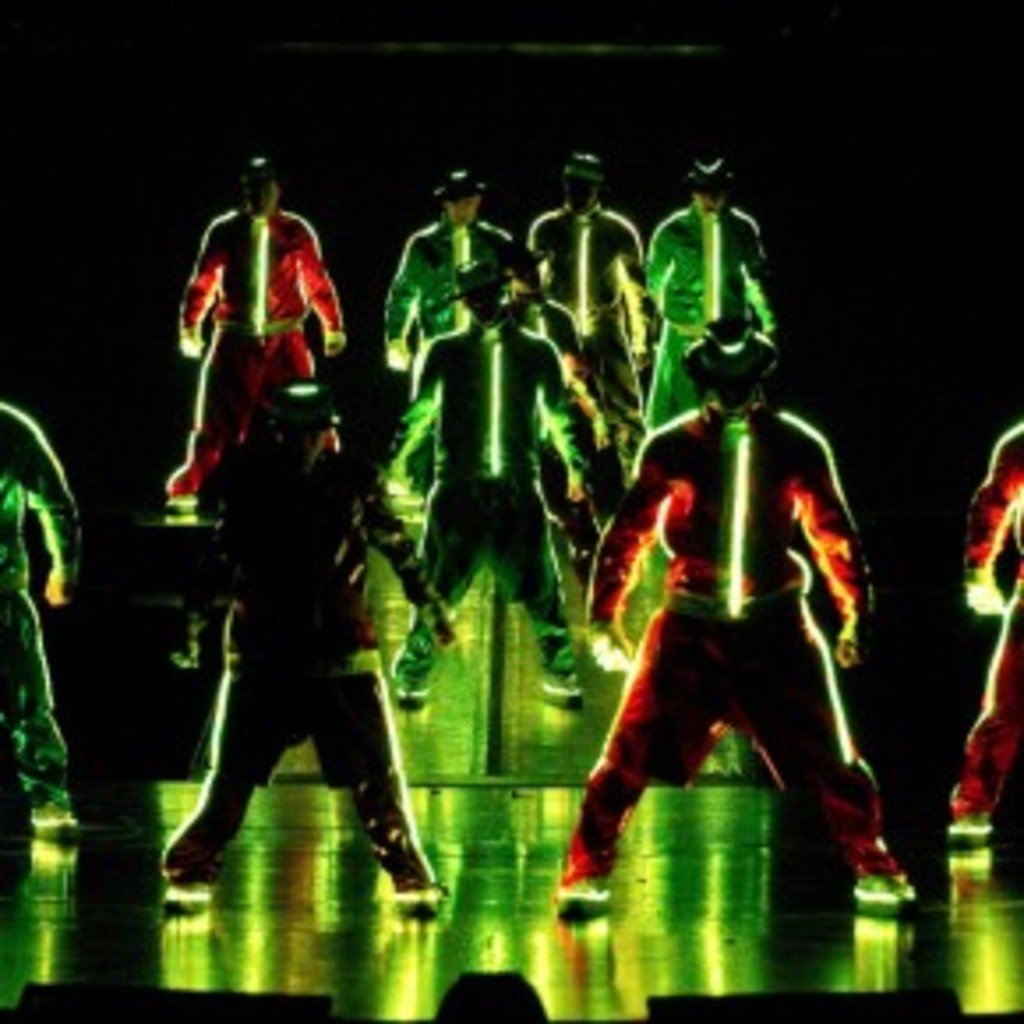 Even though he never fully recovered from pyro gone awry on a Pepsi commercial set, Michael Jackson made a post-mortem appearance last night at the Denver venue that bears the beverage’s name. No, I’m not high. And I’m not referring to the small army of impersonators featured in Cirque du Soleil’s authorized tribute. I’m talking about the moment when a forty foot hologram of Jackson was projected into an enormous column of fabric. The way the image dematerialized and rematerialized, the way the edges of the apparition softened and disintegrated, I honestly felt for an instant I was witnessing Jackson’s actual ghost. Somehow, I doubt I was alone. If Jackson’s spirit was indeed still haunting this earthly dimension, where else in the world would he possibly want to be?

Immortal follows a boyish man in a glittery sweatsuit through Jackson’s dreams, visions, fantasies and remixed catalog. Let’s call him Sparkle. Sparkle is quite possibly the finest dancer in a cast of stupid talented performers. And channeling his inner child seems second nature. Sparkle encounters a vast array of extraordinary characters along the way: an army of peace knights, floating bats with glowing eyes, bleach white mummies, Chinese Dragon-like elephants, copper steampunks, an electric cello virtuoso, a giant inhabited glove, an insect-esque contortionist, living statues, a playful chimpanzee with serious dance experience, a mind-bogglingly flexible pole artist, a posse of shirtless acrobats and a one-legged breaker who we’ll call Tripod. The most inspired scenes are breathtaking, jaw-dropping and goosebump-inducing. Light rope-enhanced tracksuits give dancing in the dark a whole new meaning. Acrobats execute ridiculous leaps and twists and nonchalantly bounce on all fours. The insect contortionist crawls out from under a bookmark and turns the pages of a giant tome with her toes. Aerialists in LED-speckled leotards are flown against projections of constellations. And Tripod puts most able-bodied (read: two-legged) humans to shame.

Michael Jackson was a massive Cirque du Soleil fan. He patronized many of its shows, visited its Montreal headquarters and even fantasized about a collaboration. With Immortal, Cirque has brought Jackson’s collaboration fantasy to fruition.

George Peele enjoys strapping on height enhancers and aurally ambushing strangers. He is Music Features Editor for 303’s print edition. Look for him in the February issue of 5280 Magazine. Follow him on Twitter: @Orangepeelmoses. Avatar image courtesy Jonathan Shoup.