Next time you drive down Colfax, you might need to do a double take at the zombie face and “Horror Bar” sign that’s taken over what used to be the multi-faceted Bellwether cafe.

After COVID shook his bartending job, Nathan Szklarski decided to try out a concept that had been circling in his mind for a year. His idea was to create a bar that served specialty cocktails and films that nod to his obsession with horror films. As a way to make ends meet following a rough pandemic year, Szklarski’s friend Josh Schmitz, who owned Bellwether and now plays a vital role in Horror Bar’s success, let Szklarski put his idea to test in November and set up a pop-up “Horror Bar” in the old coffee shop. 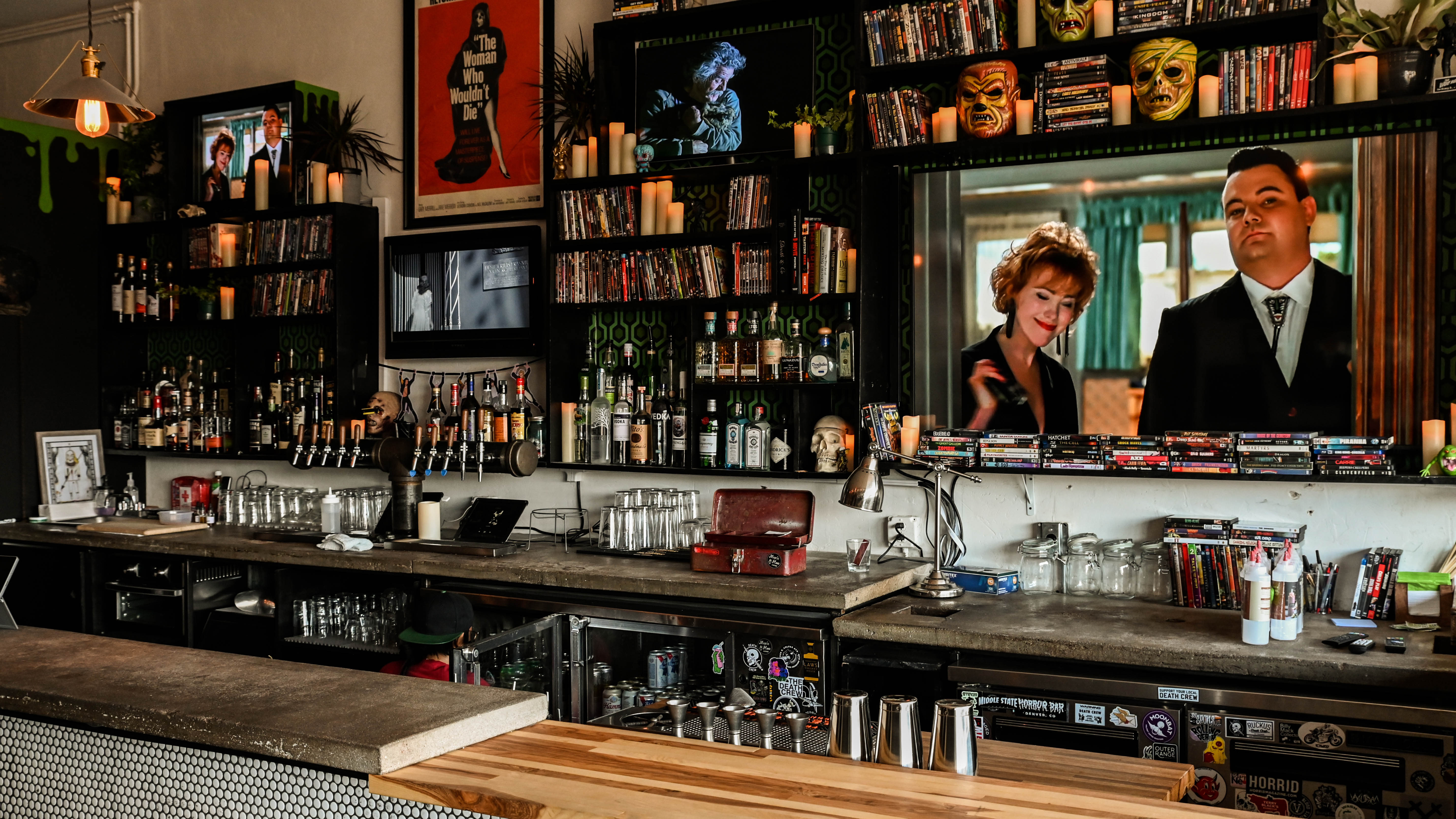 “People responded like crazy. In the first two weeks, we were at full capacity almost every night,” explained Szklarski. For COVID times, that type of success demanded a permanent place for his experiment. Szklarski rebranded Bellwether into Horror Bar in the span of two weeks and had a grand opening on March 5 this year. The bar has been gaining traction from every demographic and often reaches COVID capacity during weekend and peak hours.

Szklarski’s love for horror movies started long before he put his concept to work, back when video stores were a booming franchise rather than a lone Blockbuster operation in Bend, Oregon. “I remember going to the video store with my dad. I would mow a bunch of lawns just to make enough money to buy VHS tapes,” said Szklarski. 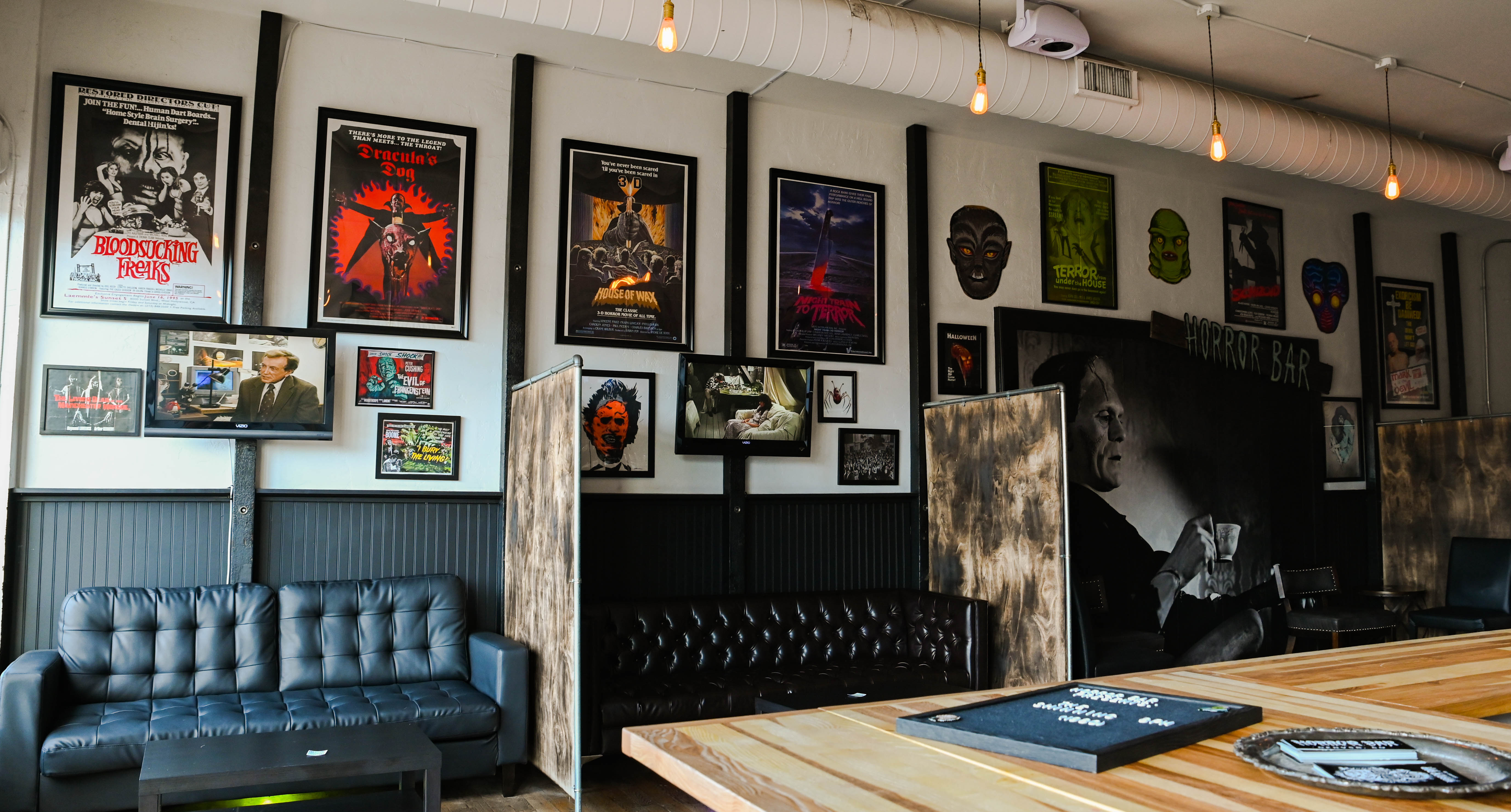 Szklarski prides himself on including films that don’t fall into the pure horror genre. All types of horror, Everything from classics like Frankenstein to The Shining (his top pick for snow days, along with John Carpenter’s The Thing), to goofy horror comedies like Shawn of the Dead, to contemporary gems like Midsommar are hand-picked by Szklarski and his small staff. So whether you’re in the mood to scream, cry or laugh, Horror Bar mixes in something for everyone.  The bar’s weekly film schedule has movies running all day and week nights are often set aside for big-name features. 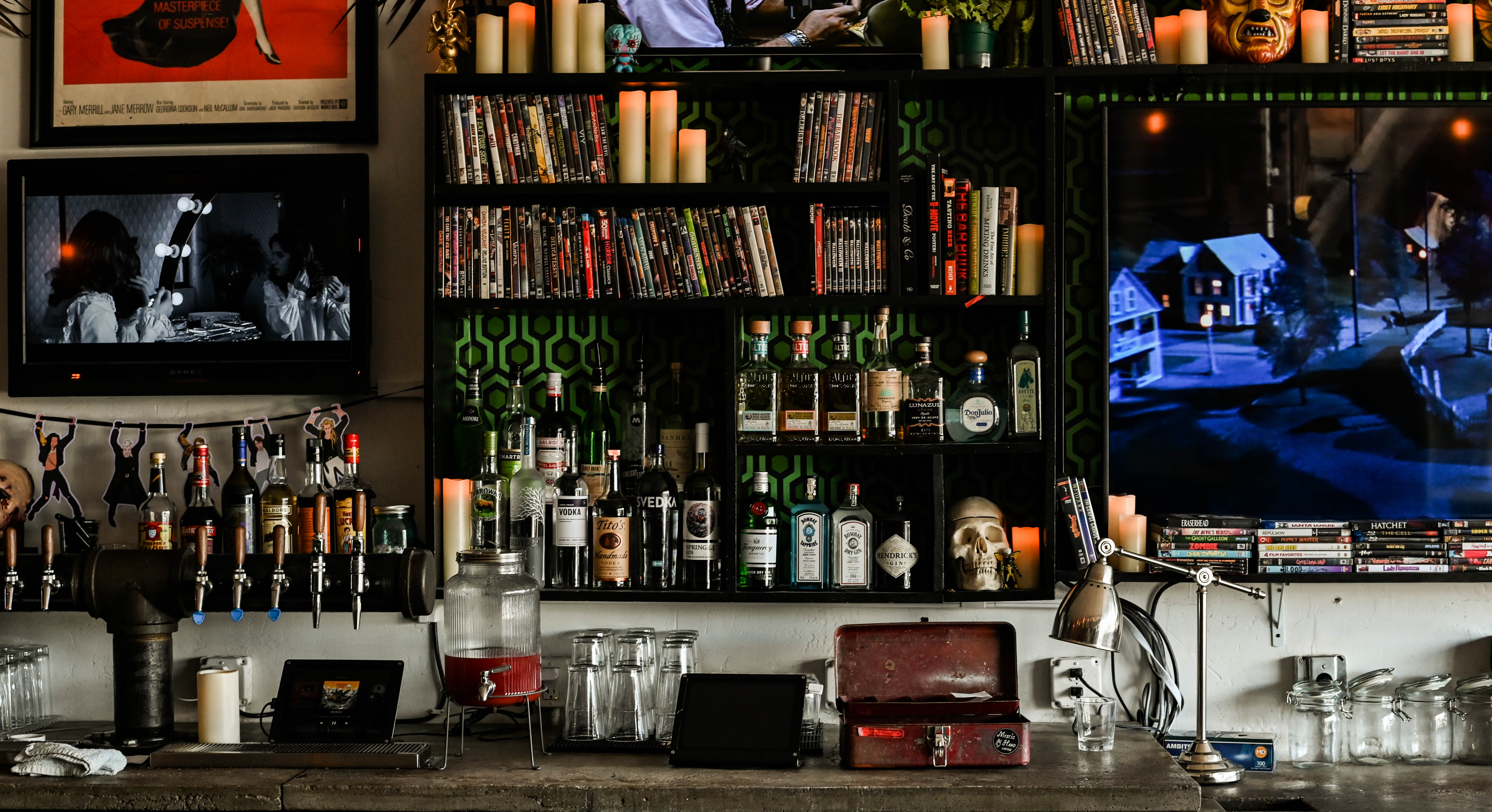 The drink menu also has something for everyone, with options for local craft beer, wine and cocktails. But Szklarski says that about 85% of drink orders are for the bar’s  specialty cocktails.

“I was thinking of drinks that are from some of the most well-known horror movies,” he said. Cocktails inspired by great horror scenes, like the “May Queen” cocktail that’s made with Scandinavian liqueur and mixed with pear lemonade for a delicious herbal ode to the you-know-what-if you’ve-seen-it drink from Midsommar. Other specialty cocktails include “The Titty Twister” as a nod to the 1996 cult favorite From Dusk Till Dawn and the Earl Grey rum and limeade “Rotenone,” the poisonous substance from Creature from the Black Lagoon.

Szklarski is working on introducing new cocktails for the summer and is excited to continue growing a community of like-minded horror enthusiasts and cocktail connoisseurs. “It’s  so cool and exciting to see all of the different people who have been stopping by. I didn’t expect it to get this much attention.” 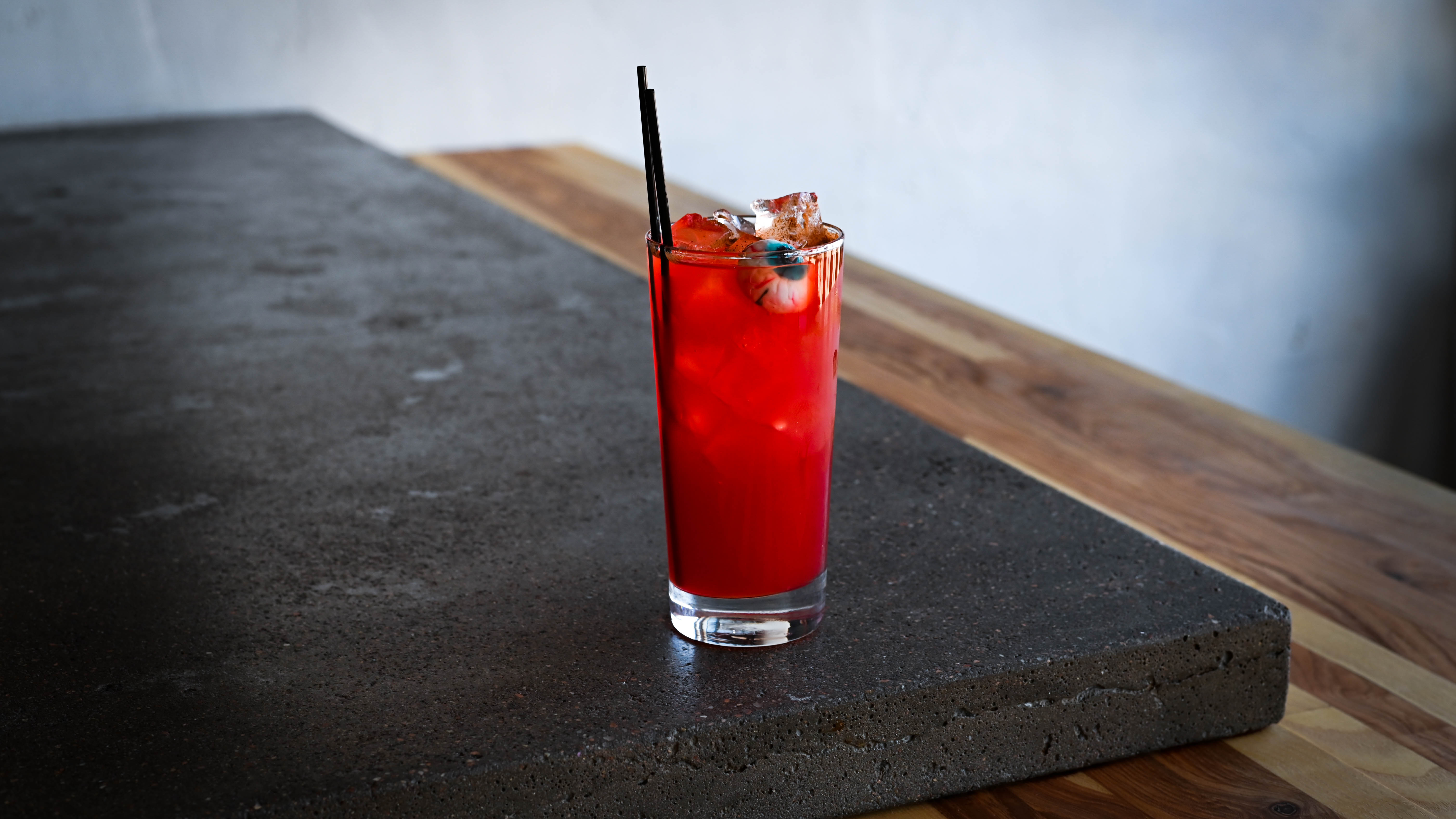 Horror Bar is located at 5126 E. Colfax Ave, no tickets or reservations are required for entry. The bar’s website is still in the works. For more information and to browse the film schedule, follow them on Instagram.