Review – Panic! at the Disco Showed The Pepsi Center That They’re Here to Stay

Panic! At The Disco is one of those talented bands that made it big back in 2005, and seem to be keeping up the same level of success in 2018. Most of you probably went through a Panic! At The Disco phase, and then forgot about them. The problem with that is — the band has still been putting out consistently good music and throwing incredible live shows ever since. On August 7, the ensemble known as Panic! At The Disco let all of their talents hang out while delivering a classy yet sexy show at The Pepsi Center. 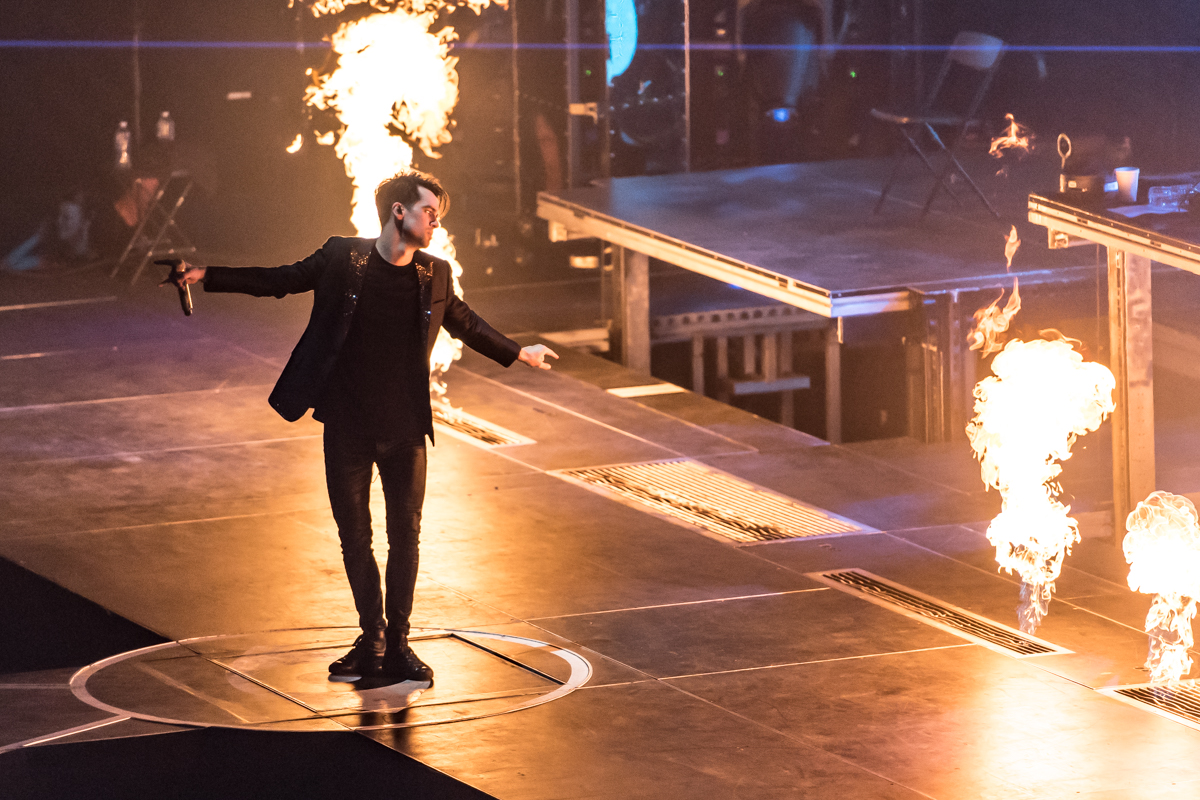 Panic! At The Disco is one of those bands that keeps getting better. Many might know their perhaps biggest hit song, “I Write Sins Not Tragedies,” while others might know them for their later hits such as “Death Of A Bachelor” or “This Is Gospel.” Regardless of when you started following them, if you’ve seen them live, you know they put on a wicked show. The Pepsi Center arena lights were still on, a digital countdown clock appeared on the towering backdrop of the band’s stage plot starting at 10 minutes, which were perhaps the longest 10 minutes of the crowd’s life as almost deafening screams filled the silence. As the clock approached zero, band members began to rise up from the stage floor. Armed with a three-piece horn section, three-piece violin section, a bass player and a Colorado-born guitar player. This diverse ensemble took complete control of the audience’s attention, as anticipation grew for the arrival of lead singer Brendon Urie. Urie broke the anticipation as he literally was launched up from a platform on center stage as the band broke out into “(Fuck A) Silver Lining.” 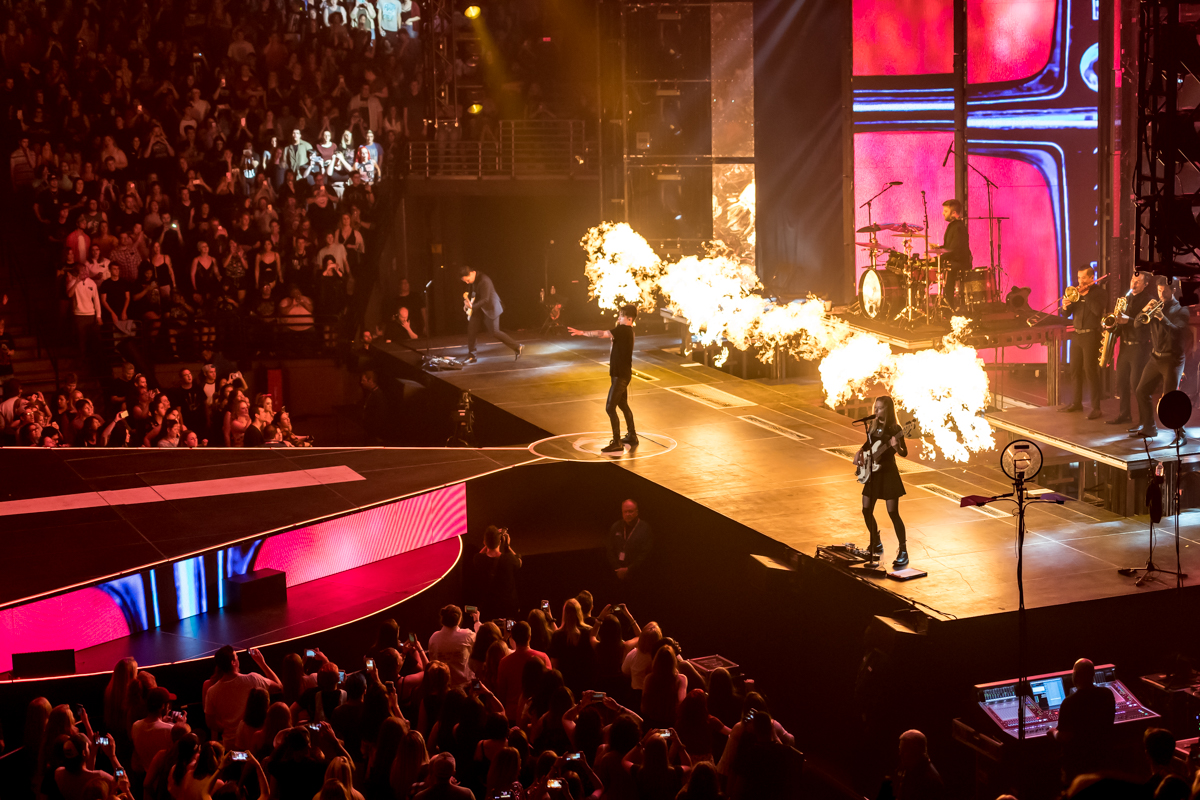 The band dispatched an incredibly clear and concise wall of sound behind Urie’s vocals. With all of the instruments that were on stage, Panic! At The Disco was able to recreate — to the note — all of their studio work. The band’s songs have a heavy amount of diverse instrumentation, and Panic! At The Disco came prepared to give their fans everything they had. Urie wanted to squeeze out every second of the almost 30-song show and didn’t address his crowd until the last few songs of the set.

Panic! At The Disco created moments in their set. They showed Denver high energy moments, while also letting us breathe during slower moments of the set. Not only did the band create moments, they created memorable moments both emotionally and sonically and did it with class. One of the classiest moment of the whole set happened when Urie ventured out into the audience while serenading the sold-out Pepsi Center crowd with “Death of a Bachelor.” During this time, Urie ended up on the opposite side of the arena with a white piano waiting for him. Out of nowhere, Urie and his white piano rose up off of the arena floor and glided along all the way back to the main stage. This was one of the more emotional moments of the set as the singer with his string ensemble played “Dying In LA.”

Another key moment of Panic! At The Disco’s set came when a second drum set appeared in front of a now shirtless Urie. Urie hopped on this second drum set and took a two-man drum solo with the band’s real drummer, Dan Pawlovich. After the drum solo, Urie winked at the audience and backflipped off of the second drum set’s riser. Yes, the motherfucker did a backflip, as if he wasn’t talented enough. 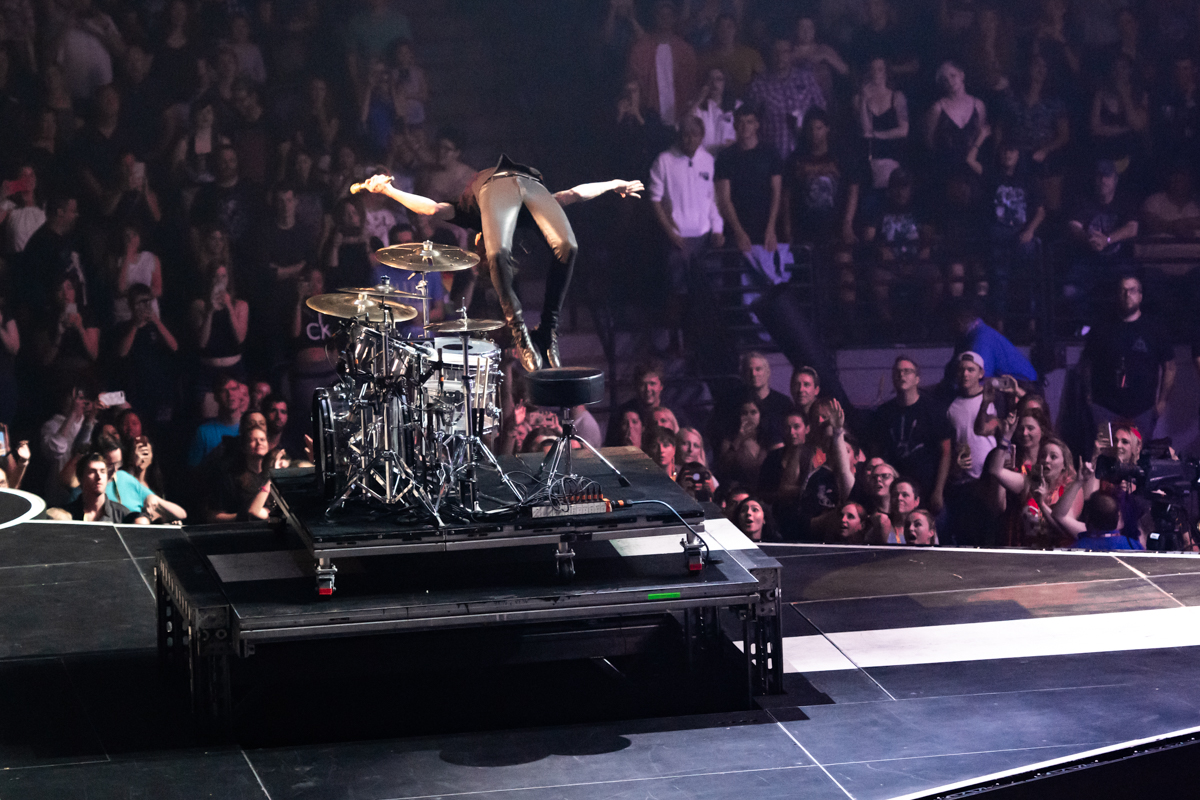 Urie’s vocal talents are marvelous. He virtually has the range of a soprano, while still gracefully executing lower notes of a tenor. Urie showed off his dynamic range while executing a multitude of covers such as the full-length version of “Bohemian Rhapsody” by Queen as well as “Girls Just Want to Have Fun” by Cyndi Lauper. The whole band had so much killer talent between the 10 members, it was an awesome sight to see and sound to hear.

The band also took time to reach out to their LGBTQ fanbase while performing the song “Girls/Girls/Boys.” Upon arriving at their seats, fans noticed different colored paper hearts placed on every chair. The paper hearts were organized by color and by section. On the paper heart, fans were instructed to turn on the flashlights on their phones while holding the paper hearts in front of the light. The visual effect this created turned the Pepsi Center into a rainbow. 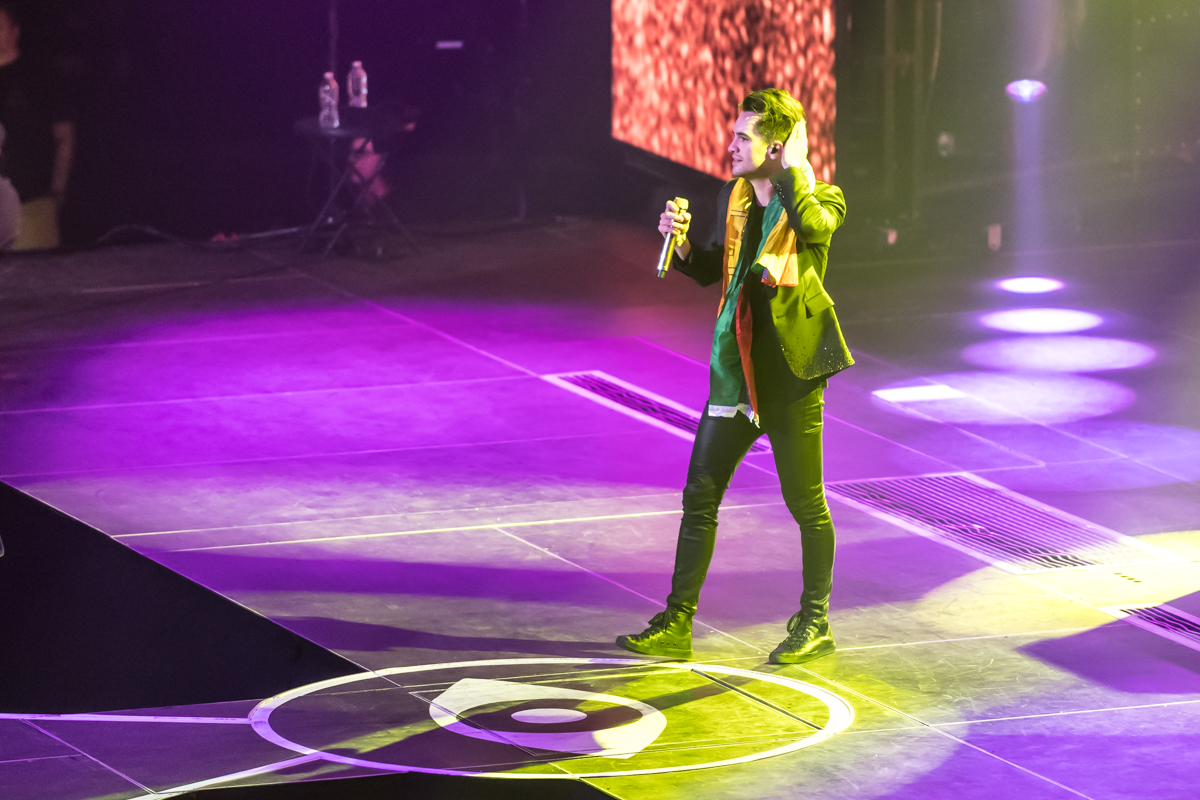 Panic! At The Disco ended the evening with three of their biggest hits from across the years, “Say Amen (Saturday Night),” “I Write Sins Not Tragedies” and “Victorious” which perfectly sums up the evening — victorious. Panic! At Disco put on a wicked show in Denver — an unforgettable show, and we can’t wait to see what they throw at us next. 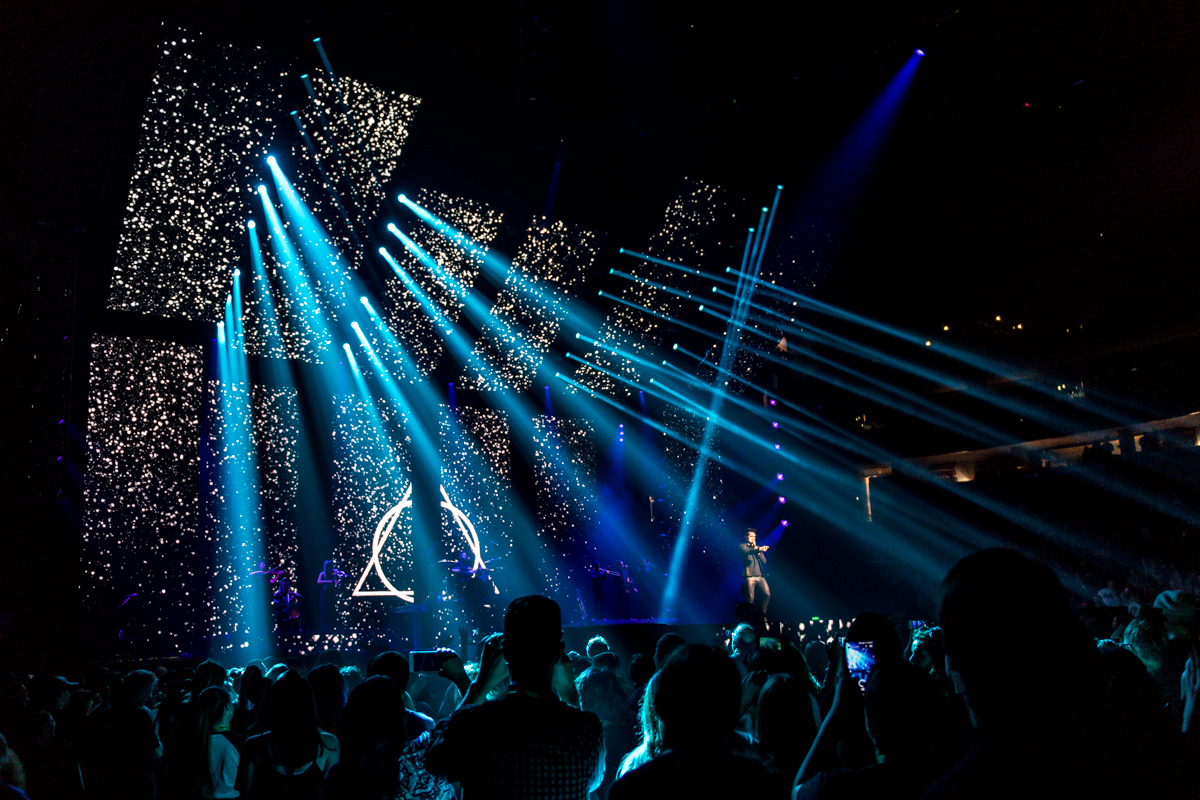