For the last year and a half, the pedestrian bridge at 35th/36th street appeared to be fully functional. The concrete for its flight of stairs has long since dried and its two tall towers were successfully connected with reinforced steel and glass. It even has some nice new artwork. But despite having the all the makings of what you’d assumed to be a working bridge (and then some), one detail has put the breaks on it officially opening for public use. As reported by Denverite, the $6.7 million project faced serious roadblocks due to the incomplete construction of the elevators. Yes, the stairs work, but that’s beside the point. According to the Americans with Disabilities Act, all public spaces must be accessible to everyone— including those who can’t access a bridge via stairs. So why couldn’t they just fix the elevator? Well, that also has to do with another federal law. Since the project was in part funded by the Federal Transit Administration, the “Buy America” provision said the project must procure things like steel, iron and even elevators from domestic purveyors.

But it doesn’t end there. As stated in the same report by Denverite,  by the time the elevators arrived (which was a good six months after the projected delivery date, due to the lack of immediate availability) they were not ready to be installed.  There were no heating or air conditioning units included with the elevators, despite the belief they would arrive fully functional. Turns out, this is not an easy fix since it took almost another year for the HVAC system to be approved by the city and installed in the elevators. All the while, an identical pedestrian bridge constructed by RTD at 38th street just three blocks away has been open since last April. 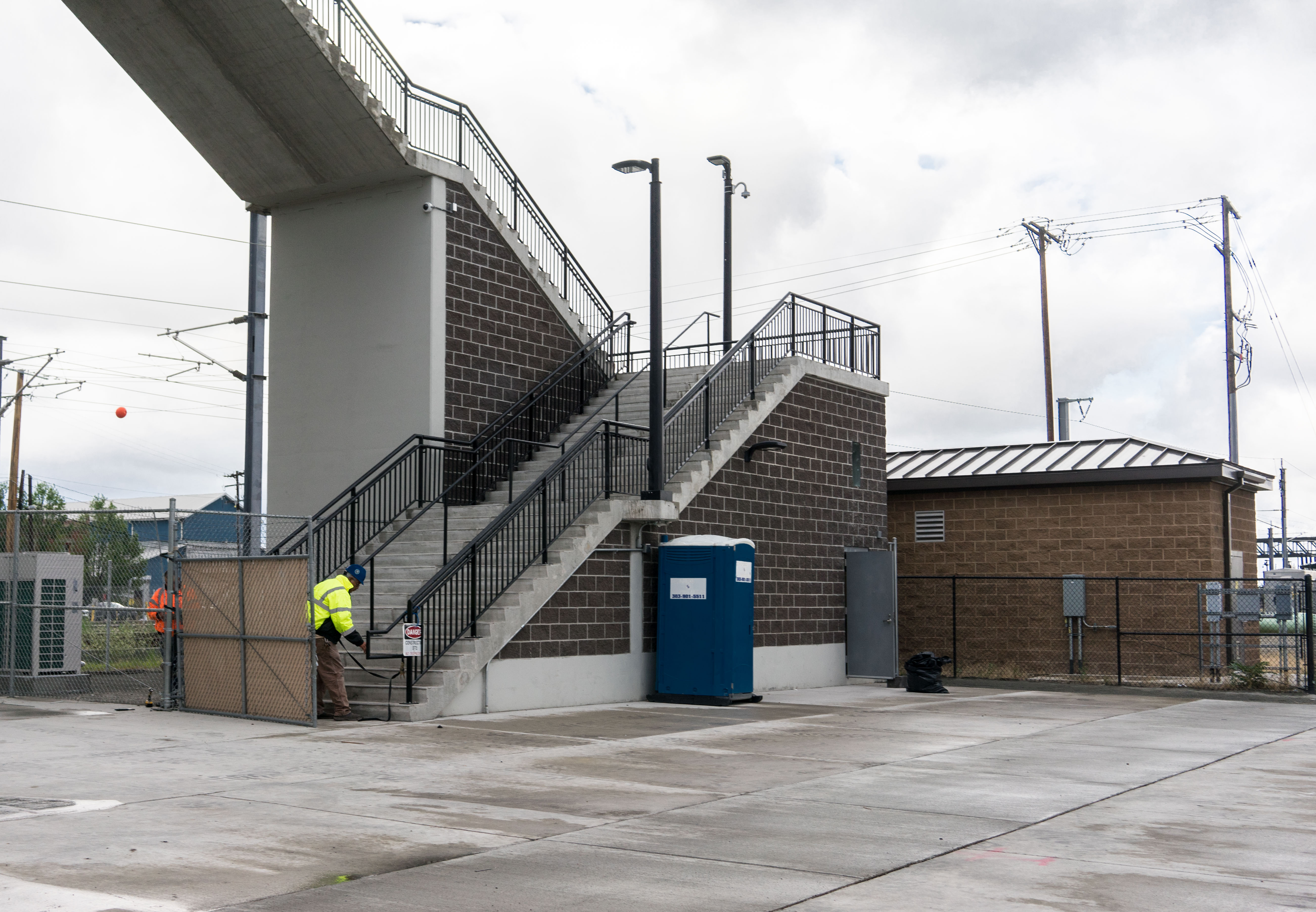 However, it seems that the forthcoming Velorama and Colorado Classic lit a fire under the city, as the bridge will officially open ahead of its original September projection with a ribbon cutting tomorrow on August 11. This is good news because, according to the RiNo Arts District, more than 25,000 people are projected to be in the area for the event this weekend. The ribbon cutting is set to take place tomorrow at 9:30 a.m. with notable people from the area in attendance including City Councilman Albus Brooks: Denver City Council President and George Delaney, Executive Director, Denver Public Works Chris Pacheco, Deputy Director, North Denver Cornerstone Collaborative Justin Croft, Chair, RiNo Business Improvement District Andrew Feinstein, Co-Chair, RiNo Art District Board. While we are not sure a champagne toast will be in order, a ride in the nice, new air conditioned elevator may be.