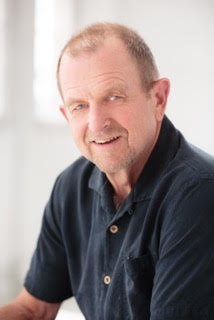 Meet a personal injury, criminal defense and small business lawyer who has lived in Denver for over 30 years. He’s seen the city, culture, and overall lifestyle of this wonderful city change, but he’s still going about his business the same way. Richard has experience in the entrepreneurial world as well, a skill that’s more than necessary with the tech boom that’s hit our city.

Richard is absolutely a Denver lawyer. You won’t find him at a big law firm downtown, wearing a suit and charging an insane hourly rate to new clients. According to Richard, “there is a way to combine law and life where you do not have to sacrifice one to fulfill the other. I have found that way.”

What makes your law practice special?

Richard Banta: Life is all about choice. I chose to be a sole practitioner and have been so for over 30 years.  I have operated a virtual office for years—long before the term was coined. I have a well-established presence in the legal community.  During this time I have been fortunate to develop relationships with other attorneys and service providers (such as investigators, paralegals, and experts in a variety of disciplines) that allows me to provide a high level of legal services yet allows me to remain flexible.

I do not have a large monthly overhead.  I’m available to make “house calls,” I’m mobile. Most importantly, I have a people-focused practice that gives me the opportunity to interact with a variety of people with many different human experiences.  The small businesses I work with are represented by people not shares of stock.

At the end of the day, most legal problems are people problems. The resolution of most people problems requires that you have the ability to look outside the law (as well as within) when working towards a result. I bring a variety of non-legal resources to the problems that confront my clients.

Who is a typical client?

RB: I focus my practice on criminal defense, personal injury and small businesses, especially new businesses and startups. Each of these areas involves working with people who have real problems, some of them exceedingly complicated. A final resolution of most of these problems requires a working knowledge of not only the law but also other disciplines such as human behavior.

So, a typical client is an individual or small business with a problem to which there is a solution, although the solution may take some digging to unearth. Usually, the final resolution is also a growth opportunity. I encourage all my clients to focus on what positive results come from the experience.  This is true even with individuals who have been convicted of violating the criminal law and been sentenced, sometimes to incarceration.

What are some keys to a good attorney-client relationship?

RB: There are many facets to creating and maintaining a good attorney-client relationship.

Communication is the number one key to a good relationship. I remember attending a continuing legal education seminar shortly after I opened my practice. It was sponsored by one of the malpractice insurance carriers.  The speaker said that the number one reason malpractice claims are filed against attorneys—as well as grievances with the attorney disciplinary board—is a lack of communication, especially not returning phone calls.  That insight has stuck with me. I am vigilant in returning phone calls as well as emails, and now, text messages and social media.

Another key is having realistic expectations about the possible outcome of a case. One of the most difficult tasks an attorney has is to share with clients what they need to hear rather than what they want to hear.  Someone arrested, for example, on a driving under the influence charge may want to hear from their attorney that it is “no problem, you‘re going to walk” when what they really need to hear is “you are going to have to serve some time in jail” as part of the resolution of the case.  Similarly, someone involved in a low impact car accident may think their case is worth $750,000 dollars (“I saw it on TV”) where in fact the case has a real value of $10,000.

Finally, approaching the legal problem as a team rather than as the client and the “know it all attorney” is important.  This involves each side listening to and respecting the opinion of the other. Obviously, the attorney has to make or give an opinion on the legal issues in the case. Ultimately, however, it is the client’s choice as to whether to follow the opinion or advice of counsel.

How has technology impacted the practice of law over the last few years?

RB: Technology has had a huge impact on the practice of law in the last few years.  In most instances, the courts are now open 24/7 through electronic filing. In both the federal and state courts in Colorado, most pleadings are filed online.  This has eliminated the last minute to race to the courthouse to get a paper filed by close of business at 5:00 pm. If something is required to be filed by a date certain it is now timely if it is filed by 11:59:59 pm of the due date.

Legal research is a click away, even while sitting in the courtroom. Text messaging gives real-time information. Technology allows the attorney to do many things not possible even a few years ago. Here are two examples.

A friend of mine was on vacation in Mexico recently when he picked up on his phone an email advising him a pleading was due in the Colorado Court of Appeals the next day. He had not brought the file with him and had no ability to file for an extension of time from Mexico. He called me and asked if I could help. I was able to go online, find the case and timely file electronically for an extension on his behalf the same day.  The extension was granted. Not that long ago he would have come back from his trip to find in his mailbox a Show Cause Order from the court asking why he should not be disciplined for having ignored the court order and missed the filing date.

In another case involving a juvenile, he was granted bond but was facing two weeks in jail until all the paperwork could be completed. I was able to make a few phone calls from the courtroom and had the necessary information sent by email to my iPad. I showed it to the judge.  He said that was good enough for him and released the young man. All within an hour. Without technology the young man would have needlessly spent two weeks in jail.

There are undoubtedly thousands of similar stories. The key to being able to take advantage of technology is to have the tools. You need to be connected. You need a wireless phone, iPad, and laptop computer. Technology has had a positive influence on the law. I anticipate it will get better with age!

This is a sponsored article