Architects: Take Over The Marquis Theatre

With the release of their latest record Lost Forever // Lost Together, British metalcore giants Architects departed on a full-blown U.S. tour with Epitaph Records label-mates Letlive.

The second stop of the tour just so happened to land Architects at Denver’s own Marquis Theatre this past weekend. The band’s vocalist, Sam Carter, took some time to talk with 303 Magazine about their most recent record, touring the United States, Sea Shepherd and more. Check it out:

303: Your guys’ latest record Lost Forever // Lost Together released a little over a month ago now (3.11.14). What’s the response been like since its release? And specifically, what’s the response been like in the U.S.?
Sam Carter: The response to the record has taken us all by surprise, really. We weren’t expecting it to go down so well. In America, it’s been such a huge difference; kids singing along to all the new tracks has been a breath of fresh air.

303: Dating back to your first tour in the U.S [“The Cleansing The Nation Tour”], there, at first, seemed to be somewhat of a disconnect between the success you’d been having back home in England versus the crowds here in the U.S. It seems now that you’re bigger than ever in the States and the crowds are finally here to support you guys. What do you think changed?
Sam Carter: It’s always been difficult for us out here and I think that’s honestly because there are just so many bands coming through all the time. But we’ve put in the hard work and kept at it and got in people’s faces and now people are standing up.

303: Which songs are you most excited to play live on this upcoming tour from the new record?
Sam Carter: We’re all really excited to just be playing songs from the new record and, in general, just see how they go down. It’s always cool to play older songs that people wouldn’t have thought we would play as well.

303: If you were to choose one band that you could tour with who would it be?
Sam Carter: It would have been incredible to tour with Pink Floyd during the Dark Side Of The Moon Tour! Before they had recorded the album, just jamming it out and figuring out what was good. 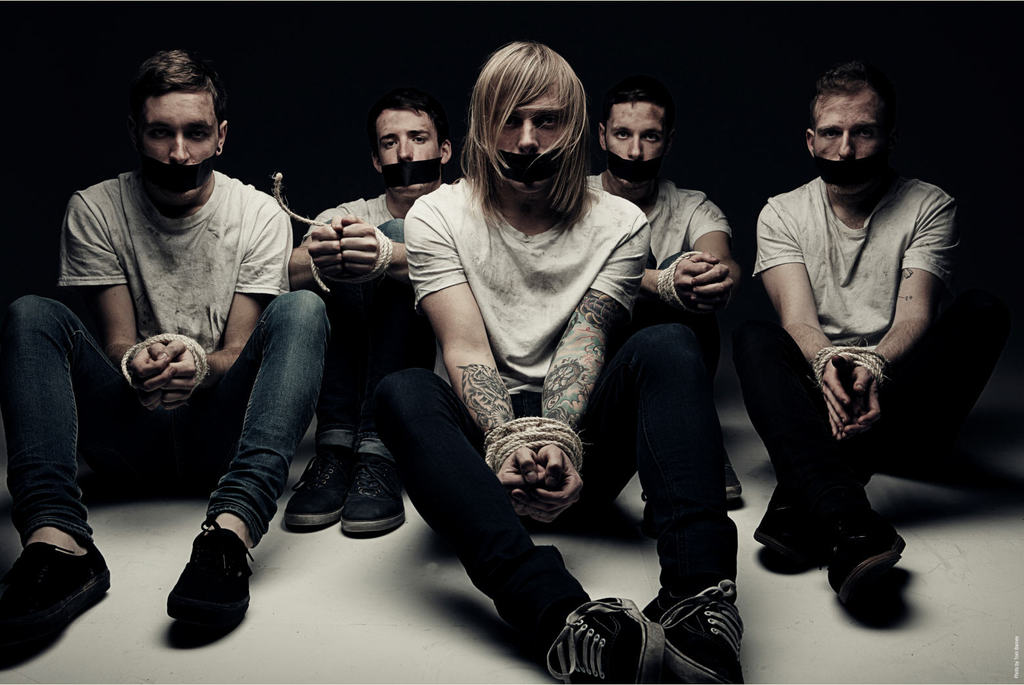 303: Songs like “Naysayer” and “Broken Cross” have really resonated with fans since their respective releases, why do you think that is?
Sam Carter: I think it’s because they’re are just much better songs with real passion and meaning behind them! They’re so fun to play live and I think kids really enjoy them live.

303: The Here And Now [Architects’ fourth record] seems to be the one record that received so much criticism, for at the time, breaking away from the mold and incorporating different genres and influences into one sound. Do you think people weren’t ready for that sound yet?
Sam Carter: It was just too out there for the time. It was a very selfish record and something that we probably shouldn’t have done. But, it all worked out in the end and we’re still very lucky to be where we are right now.

303: You’ve become the first UK ambassador for Sea Shepherd, as of late. For those that don’t know, what’s their cause all about? And what initially led you to become so passionate about the subject?
Sam Carter: They’re a fantastic organization that defends all kinds of oceanic life. They are a hands on organization that go out and get in the way. I’m so passionate about it because we have no right to be poaching these beautiful creatures!

Sam Carter: I would just like to see people giving us the time of day and singing along. Also, just moving and coming and talking to us at merch.