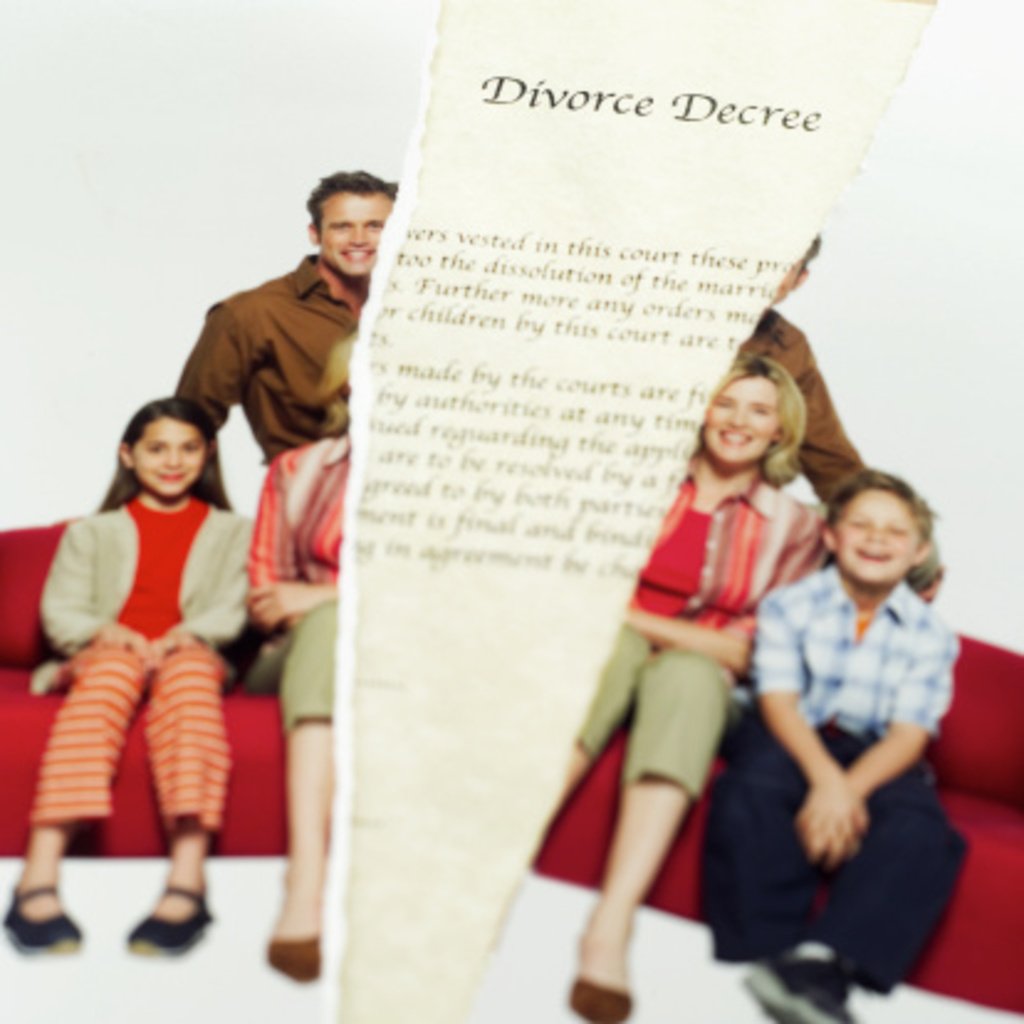 A few years ago when I was going through an amicable, uncontested divorce, my friends asked me why it was taking so

long. Since we didn’t have children and weren’t using attorneys, they thought the process should be a snap. Well it wasn’t. If you’ve had two plants growing in the same pot for many years the roots as well as the vines will become intertwined. You have two choices: you can dump out the plants and yank them apart, or gently disentangle them so that they will each thrive once they are transplanted in new soil. Separating a couple is no different. When you’ve intertwined your lives for a number of years, let alone a couple of decades, ending it as painlessly as possible is no easy task. Moving a step beyond pain avoidance, it can take some effort to remain friends, but it is well worth it in the long run. You may be asking yourself “If we couldn’t stay married, why in the world would I put any effort into being friends?” There is a new book out by Dr. Judith Ruskay Rabinor that explains why. The book is called Befriending Your Ex after Divorce: Making Life Better for You, Your Kids, and Yes, Your Ex, and I, for one, am thrilled that she’s published it. I recently had the opportunity to interview Dr. Rabinor regarding her new book which was published earlier this month.

A number of years ago, one of Dr. Rabinor’s patients told her she was planning on divorcing her husband once her final child was off to college. She told the patient to think about what that would be like in regards to her family in the future, and how it made her feel. After the session, Dr. Rabinor started to think about her own divorce and began writing a manuscript called “21 things I wish I’d known before I got divorced”. She realized that even though she and her ex-husband didn’t get along very well by the end of the marriage, over time they became very good friends and successfully co-parented their children. In fact, her book is dedicated to her ex-husband, even though they were divorced over 25 years ago and she has since remarried. She also delivered the eulogy at his funeral, since he passed away as the book was going to print. 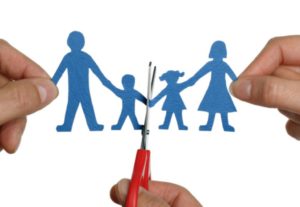 As Dr. Rabinor pointed out, the media has nothing positive to report on divorce: “All you hear about are bad divorces. There is no model that people can use to see that they can get divorced and be civil to one another. When we marry someone there are so many other people that become a part of our lives. Beyond our own children, there are also siblings, parents, nieces and nephews, and so on.” Yes, divorce impacts many lives. Dr. Rabinor feels that there is a better way to end things so that everyone does not have to suffer through the process. Even though her book is targeted towards divorcing couples who have children, Dr. Rabinor has the same opinion about couples without children. Dr Rabinor says, “What people benefit from is continuity and connection. You may have spent 25 years of holidays together and now you’re expected to never associate with these people again? It just doesn’t make sense.”

Rabinor went on to say, “Marriage is difficult. It’s more difficult than friendship or parenting. Just because you couldn’t stay married to this person doesn’t mean you can’t have a good friendship with them.” For Rabinor, befriending her ex-husband was motivated by the needs of her children.  She realized that even though this man was not the person she wanted to remain married to, it did not mean he could not be a good parent. She realized that everything that happened in the marriage, was past, and knew they could put it behind them and move on from the present. “Once you are no longer married to someone, you can now appreciate some of their strengths and can develop a trust and respect,” says Rabinor.

What about hostile and bitter divorces? Rabinor’s response: “Befriending isn’t for everyone. Sometimes it is 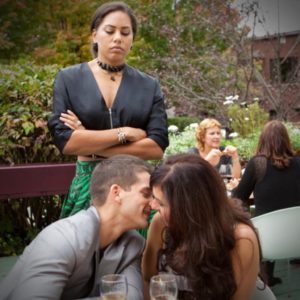 difficult for one person to get over the hurt of the divorce particularly if they think that a third party broke up their marriage. More enlightened people realize that if you have a good marriage, another person can’t break it up. People say, ‘Everything was fine in my marriage until my husband got involved with this other person.’ Well he wouldn’t have gotten involved with someone else if everything was fine. These people cannot ever befriend the ex, because of the other party.” If you have children however and your ex has a new person in their life, they will become a part of this extended family whether you like it or not. Dr. Rabinor helps her patients accept that people don’t stray or break up the marriage unless there were problems to begin with. “To blame someone else for the breakup of your marriage precludes you from having any real insight on what happens in relationships,” says Rabinor. Right on, Dr. Judy. Personally, I believe that relationship is the most life-expanding growth experience we can ever have, and if we don’t heal and learn from past relationships, we are destined to repeat the lessons.

What about cases of prior abuse? Rabinor believes people can change, so even if your ex was violent or emotionally abusive there could be hope for friendship after the divorce. However, she does not advocate this if the ex-partner still exhibits the abusive behavior.

What if the new partner is not tolerant of your friendship with your ex? Dr. Rabinor says this is a red flag. Do you really want someone in your life who does not support your co-parenting strategy, or who does not respect your choices? 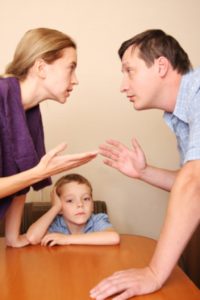 Important steps to befriending your ex according to Dr. Rabinor:
Letting go – “When people get divorced they have to feel justified… so they have a story. ‘He did this, she did that.’ In order to have a friendship with the person, you have to be willing to let go of the story. Letting go is necessary if you are going to create a new relationship.”
Forgiveness – “You have to forgive the ex and forgive yourself because we all make mistakes. Divorce is so common these days. We have unrealistic expectations that a relationship with our spouse will meet all of our needs. And that’s really not possible.”

To get to the point where you can consider being friends with your ex, Dr. Rabinor says it is important to do ‘self-work’. You need to grieve your loss, be with your sadness, and face your anger and transform it into something that does not wound you or your ex. “This person bore witness to your life. They know things about you no one else is ever going to know. And it couldn’t have been all bad. Life and relationships are never black and white and when people get divorced, it feels like all black. People say things like ‘She’s a bitch’ or ‘he’s impossible’ but after time goes by, you can meet again at a family or friend’s event and remember the good times. It’s very sad when there’s a divorce and the relationship is just over, final, no more contact, that’s that.”

There are the 5 C’s of befriended exes in the book. Rabinor believes these elements are necessary for success: Communication, Compassion, Compromise, Collaboration, and Celebration. Rabinor explains: “You are raising children in two different households and two different lifestyles. You have to be able to compromise and collaborate in order to agree on how the children are being brought up… and be able to celebrate together, all the things the life cycle brings to us. Including small things like first days of school, to big things like graduations. We’ve all heard the stories of how divorced parents can’t be in the same room because of the hostility between them. “

Dr. Judith Rabinor says her book conveys a spiritual message, and I think it is one that is greatly needed in our current culture. Having maintained a friendship with my ex-husband, I can vouch for the benefits. You can find more information about Dr. Judith Ruskay Rabinor and her book, on her website: judithruskayrabinorphd.com. I applaud Dr. Rabinor for bringing this topic to light, and I would consider her book a must read for anyone who is going through or has gone through a divorce.