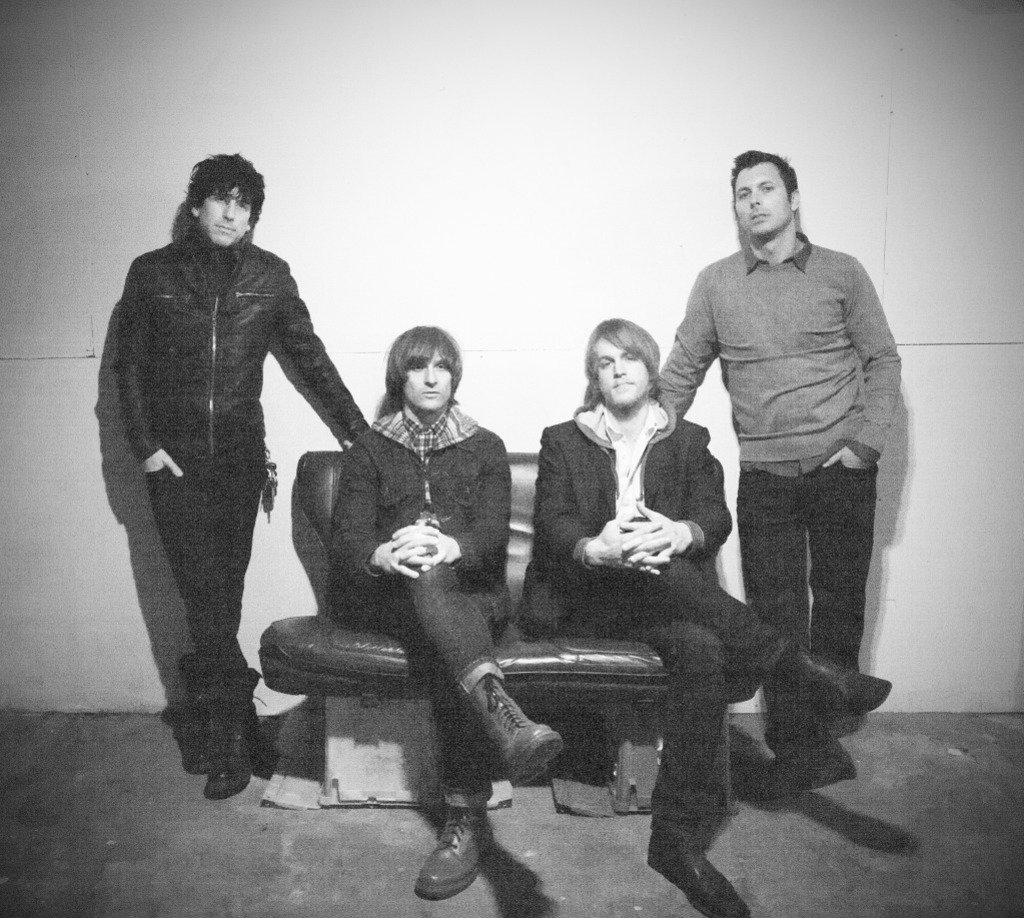 Jesus is walking on water, frozen in time. A wolf pack is salivating behind an unused drum kit. In the basement of a white building that looks a little like the Alamo—at the end of a hallway illuminated by red light—Denver band The Swayback is practicing. Although they’re there nearly every Monday evening, the still relatively new lineup is finally starting to seriously gel live.

“The recording experience was smoother than ever with [the addition of drummer] Carl Sorensen—just really natural and quick,” recalls frontman Eric Halborg. “Double Four Time is also the first record that [guitarist] Adam Tymn’s all over. He can sing too.”

Swayback is Halborg and original guitarist Bill Murphy’s baby. When they were still short, one witnessed KISS Meets the Phantom of the Park on TV, while the other met a mauve jumpsuited Chuck Berry at Circus Circus in Sin City. The two became best bros while washing dishes and hitting half pipes in Breckenridge.

Their baby is a big kid now. Halborg can multi-task like a MoFo. “I always have ideas for backing vocals, and I used to sometimes try to sing them simultaneously. This time, Adam executed them instead.”

Time is unquestionably the band’s most mature record to date. From the dirty bounce of opener “What Death Cares About” to the semi-sinister riff of “What a Pity,” Time is a rocking, rollicking listen. Title track “Double Four Time” imagines an alt-country club where anyone willing to be transported can go to cut loose and find redemption. Music and religion fuse in “St. Francis,” evoking near-legendary Denver band 16 Horsepower and founder David Eugene Edwards’ current venture Woven Hand.

“We used to have a weekly at Rock Bar called Jinx, where we’d show up and freestyle songs. We started playing ‘Oh Baby’ there,” Murphy remembers. Tymn adds: “’St. Francis’ too.”

“Everyone that we worked with was amazing. We did ‘Double Four Time’ with Mark Benning in the mountains. It felt like cutting a single at Sun Records,” swears Halborg in between puffs of a cigarette. “We busted it out, mixed it in one day and it was done.”

Swayback plays The Hi-Dive, as part of The Denver Post’s Underground Music Showcase, on Saturday, July 21 at 10 pm.