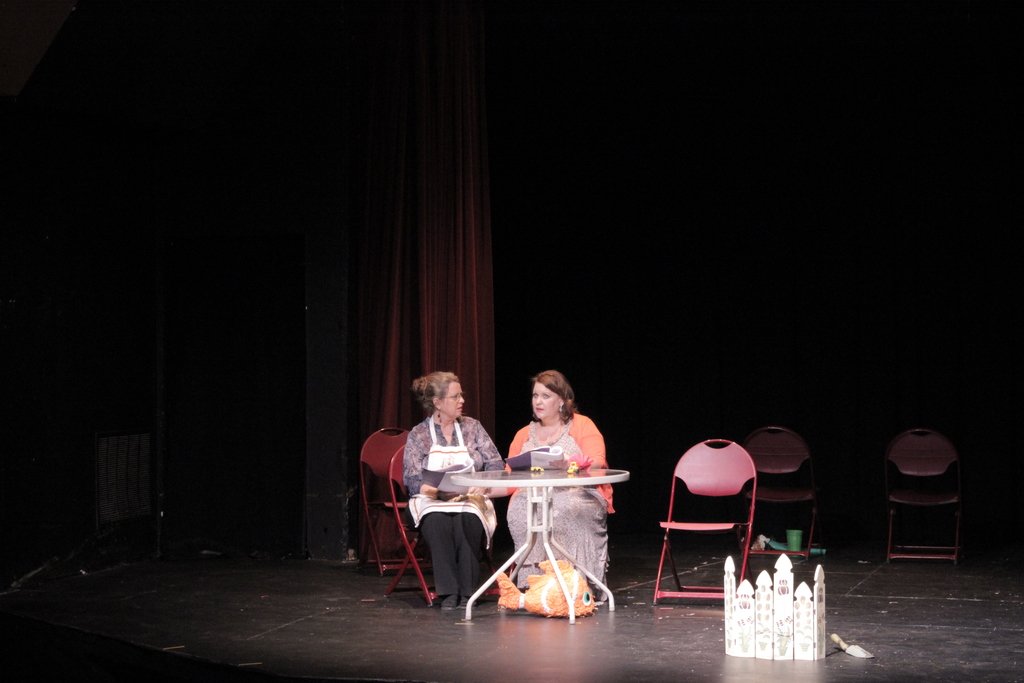 Athena Project: Marla and Her Prayers

While women have come a long way in terms of receiving the same opportunities as men, in the world of playwrights female voices are sparse. In the current age, female playwrights write only 17 percent of all plays produced. That is an astounding figure considering the fact that females make up over half of ticket buyers. Thankfully, Athena Project offers hope. Created out of a love of producing new plays, particularly by female artists, Athena Project provides a platform for female playwrights to get their work out into the community. 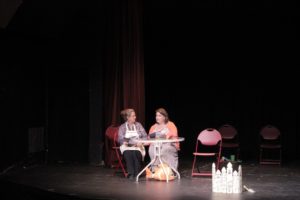 Left to right: Penny (Annie Li) and Doreen (Emma Messenger) in Marla and Her Prayers by Kim Merrill

Directed by Angie Foster, Marla and Her Prayers is an emotional roller coaster. Set in the backyard of a working-class house in Maryland, the play centers on Marla (Mary Ann Amari), whose 15-year-old gay son Luther has been shot and killed by his classmate Adam (Stefin Woolever). Now, after spending five years in juvenile detention, Adam is about to be released and Marla must grapple with forgiving her son’s killer.

However, the road to forgiveness proves to be a long and winding one. As the play opens, the viewer learns that Marla has just been released from the hospital after a botched suicide attempt. Still bitter with the information that Adam will be released from juvenile detention in four months, Marla cannot find it in herself to even begin thinking about forgiving him.

But with her mother, Penny (Annie Li), and Adam’s mother, Doreen (Emma Messenger), not to mention Marla’s longtime friend Jesse, (Tanner Heck) pushing her to forgive her son’s killer, Marla eventually gives in to their wishes and visits Adam in juvie. While their initial meeting is markedly hostile, as time goes on and as Marla continues to visit Adam, she begins to learn the truth behind Luther’s death.

And the truth is a shocking one. Not only does Adam divulge the fact that he and Luther were good friends (a detail he previously denied), he also reveals to Marla that their relationship budded into a romance. But why would Adam kill his friend and lover? The answer is simple: he was ashamed. Ashamed to let the world know his true sexual identity. Ashamed of what people would think of him if he allowed Luther to perform the song he wrote about their relationship in front of a crowd.

Unable to come to terms with being exposed as a gay teenager, Adam killed Luther. Not out of hate, but out of fear. As the first person to learn the truth, the heart wrenching revelation is enough for Marla to begin to come to terms with her son’s death. But it is not until Adam’s release date that Marla truly forgives. After sharing with the public the real reason behind Luther’s death, Adam sings the song that Luther had written for him. Hatred is replaced with love, fear with courage, as both Adam and Marla forgive each other and themselves.

To learn more about the other plays that were featured in Athena Project’s Plays in Progress Series, visit www.athenaprojectfestival.org.