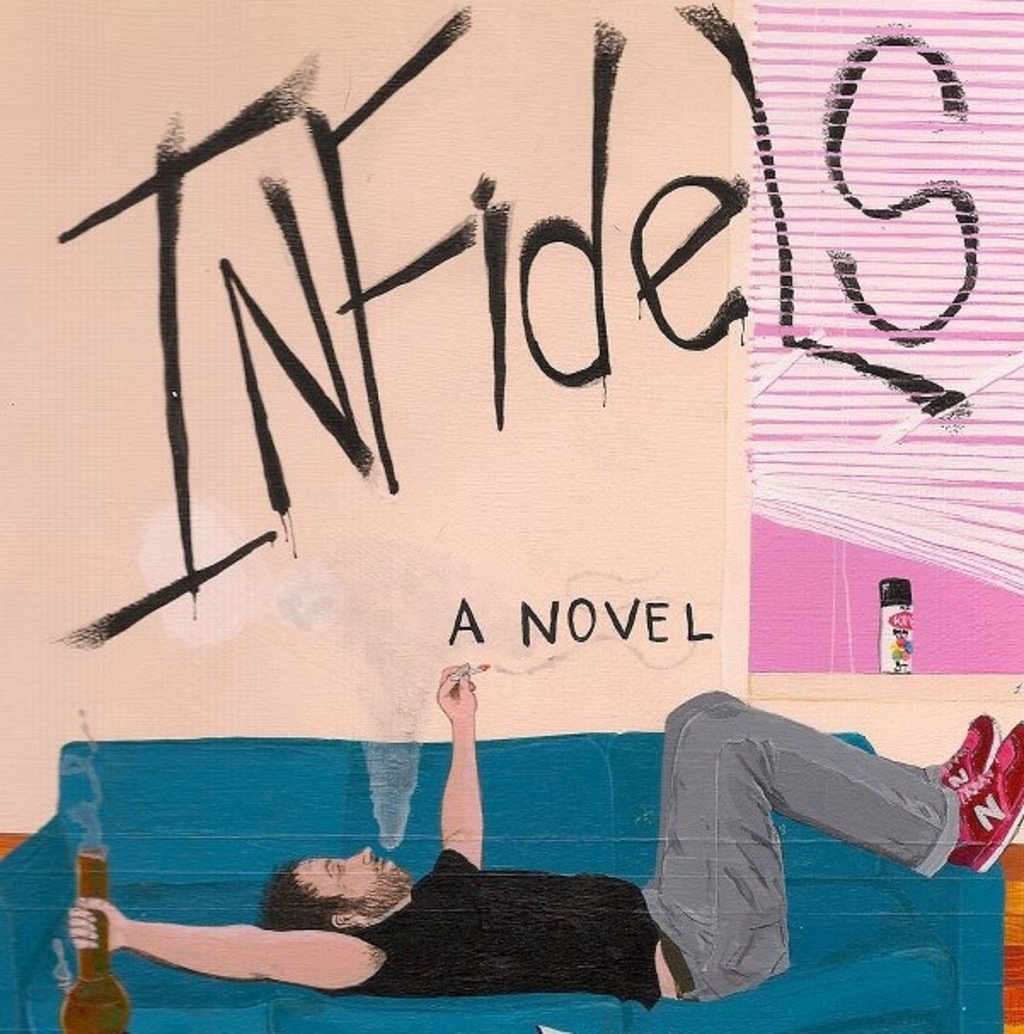 One thing I’ve learned about book reviewing: It’s hard to know what to review. Obviously I can cover the top-sellers, throwing in my two cents on what everyone else has already trashed or praised. And I get a lot of review copies from aspiring authors, though sometimes, I must admit, it’s not the most appealing selection. If you’ve got to throw something at me, I’m already inclined to think I won’t love it.

And because I face this dilemma, I often wonder about who I’m missing. Who are the up-and-coming authors, the ones with real talent that have yet to be discovered? How do we find those writers who are capable to make it in the big leagues but choose to work with local printers and independent bookstores?

Well, thankfully, I’ve been in touch with someone doing it right. And that someone is Lee Noble, a novelist from Lancaster, Pennsylvania who has recently launched a campaign to develop and market his first book, Infidels. I had the privilege to read a major portion of the book before the campaign launched, and I can assure you that it is clever, thoughtful, and the stoner tragi-comedy of the summer. I loved it so much, I made sure to catch up with Lee and chat a bit about, not only the book, but why he’s chosen the road of self-publishing and what it’s meant to him as a first-time novelist.

Tell me a bit about Infidels.
It’s by turns hilarious and pathetic, cathartic and outrageous. It’s a tragicomedy about a drug-running high school graduate and his two close friends, one battling cancer and the other addiction, trying to get through the last summer before college.
This is your first novel. What’s the writing process meant to you, especially now that the book is done?
Risk and discipline. Risking my time and energy to focus myself on the discipline of writing, reading, and editing for months at a time. It’s an exercise of creativity and willpower.
Why self-publishing? Did you pursue other routes first?
Infidels has not been submitted to any publisher or agent. Self-publishing just happens to seem more accessible to me. I didn’t submit to any publisher or agent because of the hassle involved in getting your foot in the door. I thought, why fight to get my foot in the door if I can raise money and build my own door?
And as part of the self-publishing process, you’ve created a Kickstarter campaign.
For a $20 pledge you get a signed copy of the novel if the campaign goes through. I tell people to think of it less as a pledge than reserving your copy. That’s cheaper than a lot of bookstore finds, and it’ll come straight to your mailbox. Indie booksellers can buy wholesale boxes of ten or 25 books and make a sweet profit. The cover art painting is for sale. It’s rad as fuck, a friend made it for me. You could also ride shotgun in my car for $420, which was as much a joke as anything, but in keeping with themes in the book, two people have made $420 pledges already!
I don’t have anything to lose. Kickstarter fits the way I built a network around Infidels, keeping it grassroots. It started with me, then a network of friends who wanted to read/edit, now a network of friends and friends of friends who want to buy/read, and then hopefully a network of Kickstarter fans who want to buy/read, and then ideally a network of independent bookstores and niche retailers who can buy the book and make a profit off it so others can read.
I’m trying to bypass conventional fiction publishing and distribution entirely in order to get my work into cool independent bookstores through a new channel, because that’s where it belongs.
And what do you say to others who may want to self-publish?
Since this is my first foray, I’m not sure what to say besides the obvious. Know yourself and your audience, do your research, proofread and solicit help from trusted friends and colleagues. There are probably easier ways to do it than the 100% homegrown method I’m trying, so find other books like yours and see how they set themselves apart and found readers.
You can learn more about Infidels and reserve your own copy here. Lee’s set up a Facebook page and a blog as well, both great for keeping up on the behind-the-scenes of the campaign, and for a chance to catch some of Lee’s other writing now and then.
If Lee’s story has inspired you and you think “There’s a Book In You,” then you’re in luck. The Vault will host a workshop on August 4 from 8:30 a.m. to 12:30 p.m. with speakers specializing in how to create, develop, and publish a book in today’s market. Register here for $69 or call (303) 666-4133 for more information.